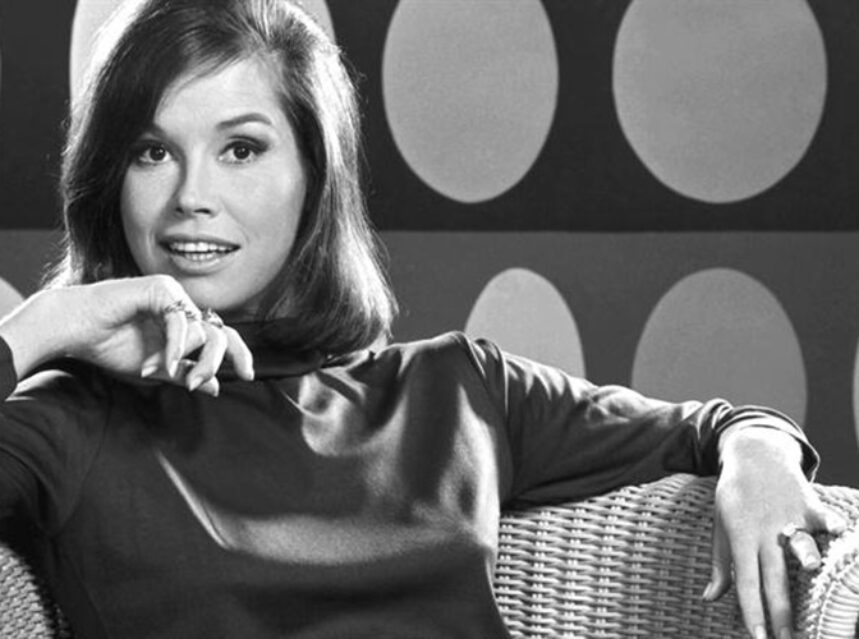 The Mary Tyler Moore Show aired on CBS from 1970 to 1977, a forerunner for bringing some of society’s issues into American homes in an easy to digest comedic script. Mary played the lead as Mary Richards, a 30-year-old single woman whose top priority was not getting married, but establishing a career and getting the most out of her single lifestyle.

Viewers remember the early 1900’s Victorian house in the opening title sequence where Mary was renting an upstairs apartment.  Entertainment Weekly called it “TV’s most famous bachelorette pad.”  Even though the house was given a fictitious address in the series, fans figured out the real address and it became a tourist destination with 30 tour buses a day long after the program ended.  Fans were constantly knocking on the door looking for “Mary” and drove the woman who lived there to distraction.  She finally hung a sign under Mary’s supposed apartment window that read “Impeach Nixon.” It didn’t work as intended and the house continued to draw as many onlookers as before.

The home has been perfectly restored and updated.  Within its 9,500 square feet are seven bedrooms, nine baths, multiple terraces and upper level decks, two family rooms, turret office, gym and sauna.  Many Victorian features remain such as leaded-glass transoms, bayed rooms and ornate millwork.  The lot is a third of an acre with a three-car garage with its own turret.

Only the exterior of the stone mansion was used in the show, while Mary’s actual apartment was a Hollywood set. It was meant to be behind the Palladian windows on the home’s third story.  In real life, that space is a family room with a gas fireplace, built-ins and a beautiful view of the tree-lined street.

Love is All Around this Minneapolis house used for exterior shots on The Mary Tyler Moore Show.  Previously listed at $2.895 million the price has been reduced to  $1.695 million.  Listing agents are Barry Berg and Chad Larsen with Berg Larsen Group of Coldwell Banker Burnet.