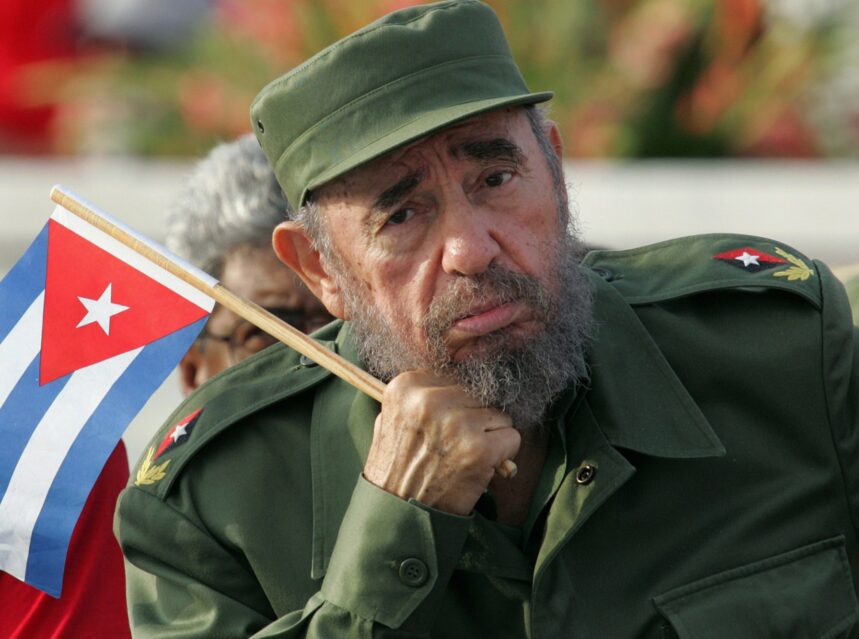 Several years ago my then-girlfriend played the title role in a local production of Evita. The set designer had created two large portraits of Eva and Juan Peron. After the show closed, she got to take home the portrait of Evita, and hung it on the wall leading up the hallway stairs. A family friend, a gentleman who grew up in Argentina under the Perons, walked in, took one look at the giant portrait of Evita, and shuddered with horror; many of his friends, and members of his family, had been disappeared under Juan and Eva. 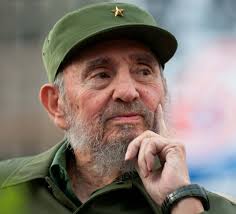 But while the Madre de la Argentina was in power, her descamisados, the struggling shirtless ones, revered her. And after her death she became known as the Spiritual Leader of Argentina.

Say what you will about a woman whom many considered evil, she was loved. As was Fidel Castro.

It is in the spirit of that cognitive dissonance that I posted on my Facebook page, “The people of Cuba mourn their Evita” in the wake of Castro’s death, adding “Don’t cry for me Santiago” (Fidel, as he was affectionately known… or perhaps not so affectionately, as the case may be, was from Santiago de Cuba).

The politically correct mainstream media shy away from tough talk these days, and have been calling Castro “controversial” or “problematic”. Depending on whom you ask, however, he was either a murderous tyrant, or the savior of his people. Could he have been both? Well, yes. And that’s what makes him, controversial or problematic. Like Evita was.

The narrator in Andrew Lloyd Webber’s Broadway epic is ever-so-loosely based on Che Guevara, if in name and costume only, to highlight the irony that a man of the people, as it were, so disillusioned with the Argentinian leader, would, had he lived, likely have followed in the footsteps of as false a prophet as Evita had become (Fidel would eventually have to tell Che to dial it back a bit, but I digress).

Evita. Che. Fidel. Each as controversial or problematic as the other. Each revered and reviled as much in life as in death. In the face of the crowds lined up for hours, snaking past a shrine to the departed Cuban leader, the tears and the heartbreak, came the Facebook posts of Westerners who think that those who loved Fidel and will mourn his loss must be off their nut. How could it be otherwise?

Those who loved Fidel were mostly inside Cuba, left-leaning, and tout what they feel to be the best healthcare and education systems anywhere, thanks to Fidel. Those who despise Castro, and I think they are mostly outside Cuba, and right wing, deride him for his many human rights abuses, and highlight the firing squads and the thousands who have died fleeing Cuba’s own Dear Leader.

My girlfriend went to Cuba on vacation one summer. It was a nice place to visit, she learned. But you wouldn’t want to live there. She left her shampoo, conditioner, toothpaste, soap, and other toiletries and cosmetics, behind in the hotel room. Not because she was forgetful, but because it’s what you do when you visit Cuba, because the people who work in the hotels and resorts cannot afford these basic necessities themselves. That is not the mark of a thriving society with a sympathetic and loving leader.

Fidel used to say that history will absolve him. Of what? Why would a beloved leader need to be absolved? And if it is really up to history to absolve our leaders after their deaths, is that what all of our current presidents and prime ministers hope as well?