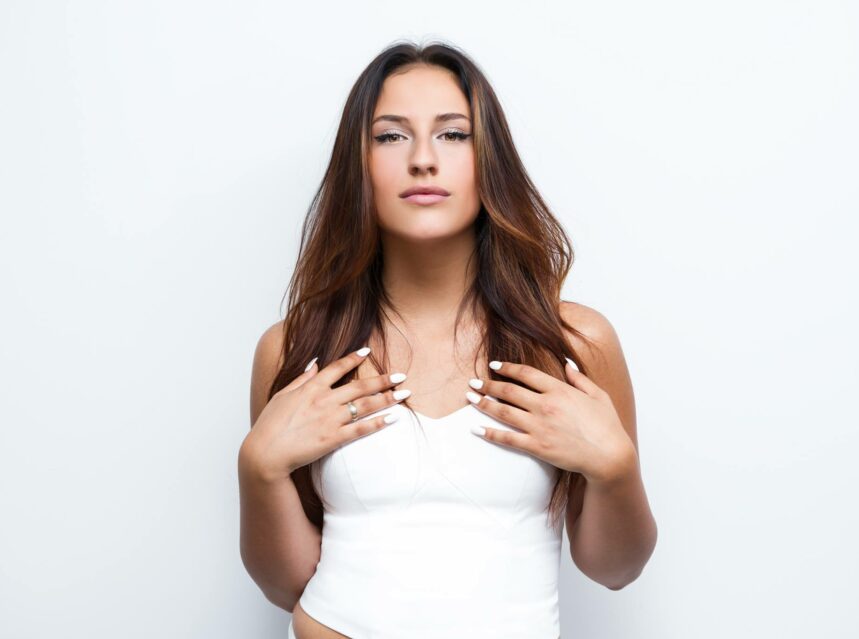 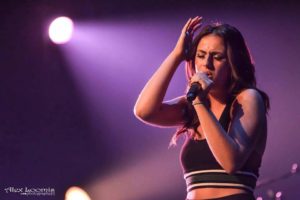 During the 3rd season of TVA’S hit singing competition ‘La Voix’ in 2015 (the French version of NBC’s ‘The Voice’), Angelike Falbo, a young singer from Saint-Léonard, captured the hearts of Quebecers with her extraordinary vocal performances. It was her rendition of ‘You Lost Me’, a song by Christina Aguilera that prompted Isabelle Boulay, an international star and one of Quebec’s most respected singers, to be the first to turn her chair around and take on Angelike as part of her La Voix team. Under her coaching, Angelike went on to become the youngest singer, at 16 years old, who made it to the finals. She might have come in 2nd place at the end, but it was just the beginning for this talented vedette. 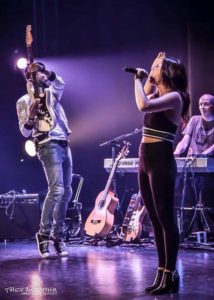 During La Voix’s finale, Angelike got to share the stage with the likes of Melissa Etheridge, Kelly Clarkson and even Def Leppard (which absolutely thrilled her father who grew up listening to them) but the icing on the cake for her was when she received a video message during the show from her idol Christina Aguilera, wishing her good luck.

Her single ‘I Found Love’ was the most requested song on 94.7 Hits FM in their ‘Future Hits’ segment. It was also a BUZZTRACK of the MC Mario show on Virgin 96 radio. The French version of her single called ‘Dans Tes Bras’ (written by Jacynthe) reached #9 on Stingray’s Franco Pop, #6 at CHOQ FM in Toronto and #14 on iTunes French chart sales. 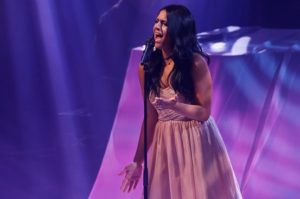 But the highlight for Angelike was signing a record deal with manager/producer Sylvain Lachapelle of La Chapelle records. Her first album, ‘Confidence’, is scheduled to be released in February 2017. It is an exhilarating time for this very talented and mature 18 year old – and I had the opportunity to speak with her and here is what we discussed (edited for space):

It’s been a very exciting time for you, especially with your new album in the works. When did you go into studio to begin recording? 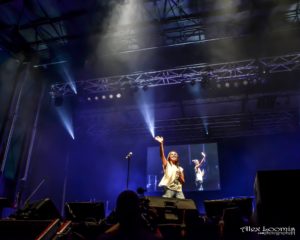 “About 2-3 months ago… things are actually going pretty fast. I’m a very quick learner and I like to write some of my songs as well, and it takes me about a day (to write one). When I’m really inspired I can do it really quickly! The vocals and the recording, it also takes me about a day… but what really takes long is the process of mixing and mastering… otherwise, I’m doing a lot of interviews and stuff.”

You said you are writing your own songs, will any of them be on the album? 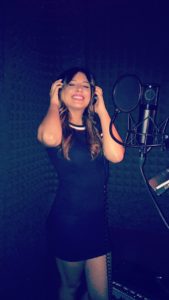 “Well, it’s a lot of teamwork, some of the songs we wrote together – someone wrote the melodies and the instrumentals, the music and then I collaborated on the lyrics. Sometimes I write some of the lyrics then I send it to them and they tweak some stuff and so some modifications… but about three songs (will be on the album).”

Will the album be a mix of English and French?
“I would say mostly English. The singles that we’re going to be releasing are going to be bilingual, but were doing the album mostly in English.” 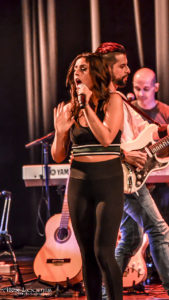 The album’s release will follow with a tour, probably in March. After La Voix, Angelike did a full year of college at Cégep Marie-Victorin in the music and singing program. She wanted to continue her studies but the demands of studio work and the album had her missing too many classes – and Angelike likes to give 100% of herself.

“I don’t know how long I am going to have to wait before going back to school… depending on how things go with my music. Hopefully I’ll make it big and not ever have to go back, but it’s always good to have a ‘Plan B’! It’s not too late for me, I’m still young… I think now is really the time to push and give all I got… and now that things are starting to happen, I need to really give my 100%.”

At first her father had no idea how talented she was. When she told him that she wanted to study music and singing he asked to hear her sing first. Being very shy at the time, Angelike told him to stay upstairs, while she went down to the basement to sing. He was blown away.

That is when things started to happen for Angelike. Her father immediately agreed to sign her up for signing lessons and soon had her performing in the Italian youth completion ‘Superfantastico’ and the following year she participated in the Shawinigan ‘Star Plaza’ competition and was crowned the winner. Soon after she was auditioning for season 3 of La Voix. The rest is history, but there is still much to be written.

So what can we expect from her new album? 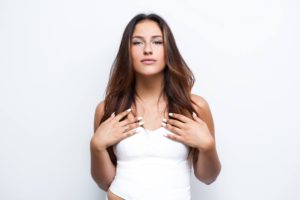 “It’s very Pop R&B and it’s a style I’ve always loved. I do love all different types of music, I could listen to anything… I love rock, I love pop, I love big, strong power ballads. But something that really connects with me and gets to me I think is really Pop R&B… and I’m so excited, I’m already thinking of the 2nd album. I want an album even more R&B, it’s just the type of music that I love so much!”

What would you like people to know about you that they don’t already know?

“That I’m working really, really hard and it’s not an easy business… it’s a tough business and it could really be overwhelming and discouraging at times – but I’m never giving up and I’m so thankful for everyone who supports me, who listens to my music and takes the time to contact me and send me beautiful messages on social media. Meeting artists like Melissa Etheridge who’s had so much success and who’s made it and remained that humble, it’s so impressing to me… I just look up to her so much and say ‘Wow, I want to be like that one day’. I want to make it big and have people remember me as the girl who worked really hard and yet remained very humble.”

I was left with the sense of just speaking with someone who was very genuine and in touch with reality and judging by the way she sang and performed with Etheridge, the young lady can – and will rock.

You can listen to her song ‘I Found Love’ on Spotify www.spotify.com or visit her Facebook page: www.facebook.com/angelikefalboofficial. On January 29th 2017 she will be in a concert, benefiting the Montreal Children’s Hospital Foundation at Theatre Marcellin-Champagnat in Laval with other guest artists like Karl Wolf, Jacynthe, Jaden Chase and more.