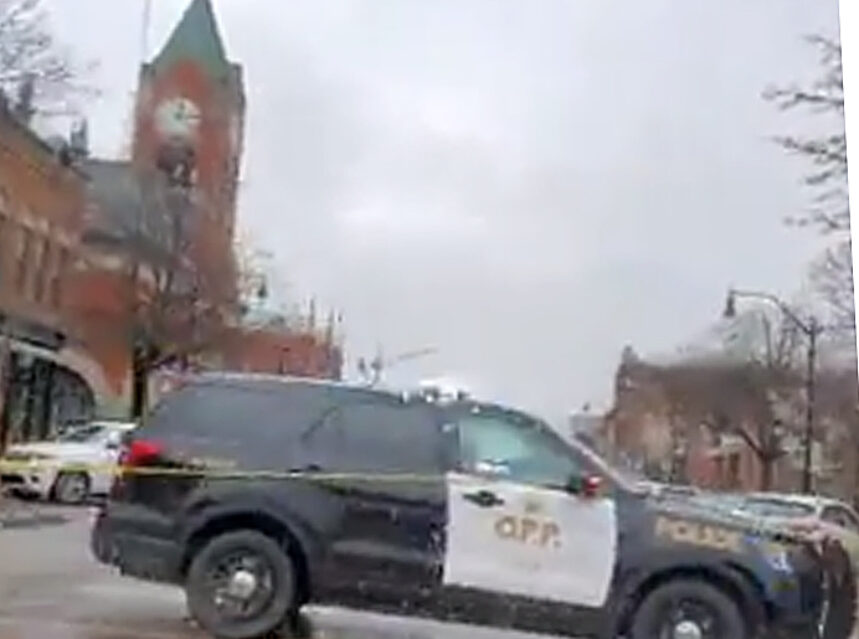 COLLINGWOOD, ON. December 30, 2019 – Armed Ontario Provincial Police (OPP) officers descended upon Collingwood’s downtown area (Hurontario, between Second and Third Street), surrounding the National Bank Monday around 11:10 pm after receiving a call about a robbery in progress.

The event caused a great deal of disruption and concern for locals and visitors to the popular Toronto tourist and ski destination, but after concluding their investigation, the OPP declared that it was a hoax, and police are now attempting to find the caller.

Police shut down a portion of Hurontario Street between Second and Third streets about a block away from the Loblaws parking lot shortly before 1 p.m. while officers investigated.

The OPP concluded that there was “no threat to public safety” stating that “no such incident had taken place.”

According to the official Ontario Provincial Police news release, “officers entered the premises and found that no such incident had taken place however, based on the caller’s information officers closed down Hurontario Street to ensure that there was no threat to public safety.”

Investigation is ongoing to attempt to locate the caller.