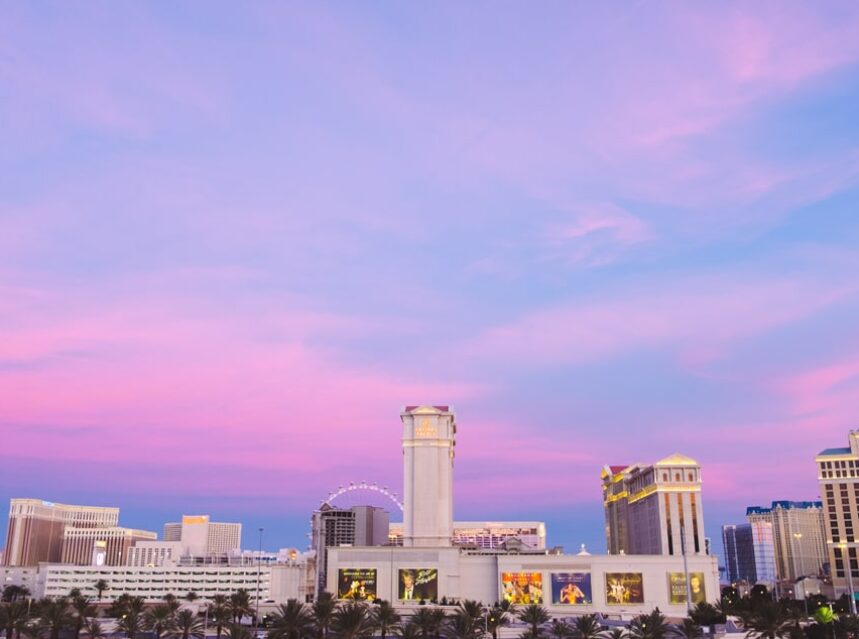 Considered THE world’s gambling capital, Vegas has dominated the list of the top gambling destinations for more than nine decades. Now home to more than 1000 casinos, including online casinos such as Ice Casino and over 150,000 slot machines, which of these dens should you visit, and what games should you play?

Keep things red hot at the Plaza Hotel and Casino as you play IGT’s iconic slot machine game, Triple Red Hot 7s! The 3D experience promises to entertain you with engaging and exciting gameplay, which also comes with high-paying bonuses.

Designed to thrill, the Triple Red Hot 7s slot machine has 3D reels that introduce a new dimension of excitement and play to the casino floor. The game’s Triple Red Hot 3X icon is the wild and highest-paying symbol. By wild symbol, we mean that it can replace all the other symbols to form win combinations. When it does, all the winnings it completes are subject to an x3 multiplier.

As a basic classic slot machine game, there’s not much going on in terms of bonuses. Land three bonus (scatter) symbols on an active payline to receive free spins. The free spins can be re-triggered by landing three or more bonus symbols.

During the bonus round, winnings are awarded a random 2x-7x multiplier thanks to the Spitfire feature.

Plaza Hotel and Casino is one of the many casinos in Vegas that offers the classic and new releases of Triple Red Hot 7s. We highly recommend it because of its location and on-site services.

Satisfy your sweet tooth by playing Candy Bars 2 Slot machine at THE Bellagio Hotel & Casino. This highly-entertaining game has a 5-tier progressive jackpot game with 4 reels, 5 rows, and 20 paylines.

If you are a big fan of The Price is Right, you will enjoy playing a slot machine based on the same. The Price is Right Plinko™ Slot machine is a 3-reel, 50 payline slot machine featuring sounds and images from one of the oldest game shows on TV. Among the notable pictures, you’ll see on the screen include the host – Drew Carey – and familiar sounds picked straight from the set.

The highlight of the Price is Right Plinko™ slot machine is the Plinko Bonus game. You trigger this by landing three Plinko symbols on an active payline. Once activated, the top screen of the slot machine reveals a Plinko board containing different prizes.

There’s also a pick game, which can reveal up to 5 regular Plinko chips or the special Plinko chips with added multipliers. These chips are dropped one at a time, finding their way down the board and eventually landing in the prize bin.

The world is a jungle, and there’s no better way to live in it than going for an action-filled safari where dinosaurs rule. We are talking about IGT’s newly released Jurassic Park Trilogy slot machine.

Featuring scenes picked from the Jurassic films, IGT’s Jurassic Park Trilogy slot machine has exceptional in-game bonus rounds and features. The most notable one is the jackpot bonus game. It is triggered by landing bonus symbols on reels 2 and 4 or collecting the bonus symbols on reel 4 during the in-game persistence feature.

You’ll receive a board game based on the first spin bet with a game piece at the center. You will have to make picks in order to reveal the direction of movement for the game piece. As a reward, you receive credits, a chance of triggering the progressive jackpot or even receiving Mr. DNA.

There is also a wild stack multiplier feature, which can award you up to an x5 multiplier when the full wild stack lands on the screen. Jurassic Park Trilogy slot machine also has a free spins game, which comes with an entertaining mini-game.

This list wouldn’t be complete without mentioning Nevada’s state-wild jackpot network featuring Megabucks slot from IGT. Considered Nevada’s state lottery, Megabucks(R) slot machine is very popular as it has created several millionaires during the 19 years it has been online. In fact, it holds the record for the highest payout for a single slot machine in Las Vegas.