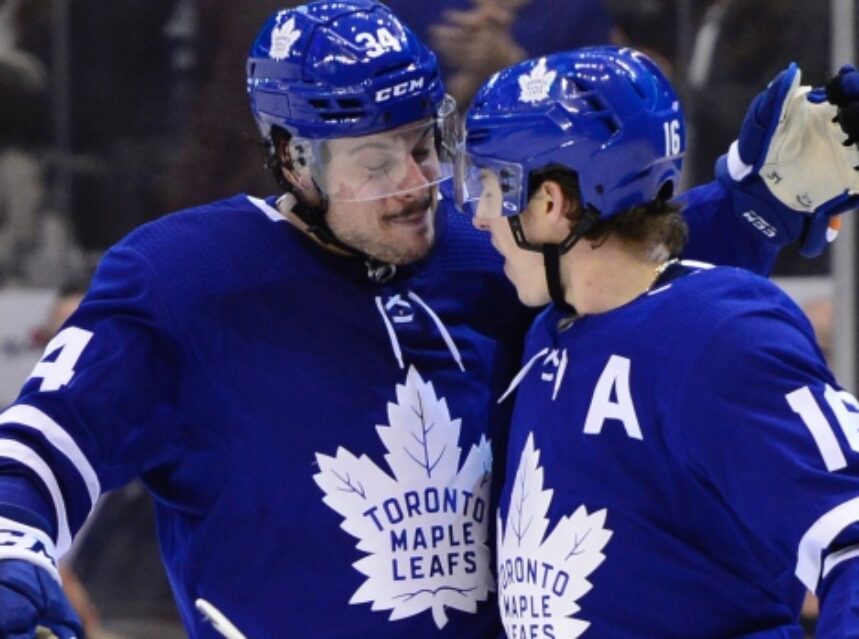 Hockey is arguably the most popular sport in Canada and the NHL is the pinnacle of the sport worldwide.

In 2021 972,00 fans in the United States tuned in to NBCSN to watch the opening game of the season between the Philadelphia Flyers and the Pittsburgh Penguins. This was a record high for the network for an NHL regular season game.

That same opening night, the Montreal Canadiens and Toronto Maple Leafs averaged 2.1 million viewers on Sportsnet in Canada, as well as 919,000 on TVA Sports in Quebec.

In 2022, after a couple of years of difficulties due to the coronavirus pandemic, the NHL reached 4.59 million TV viewers on average. Getting back to the regular viewership’s of between 4.5 and 5.6 million it has averaged mostly since 2008.

The popularity continues to grow domestically with new legal sports betting Canada residents are able to place a range of bets on their favourite sport, making it even more interactive than it was before.

Internationally as well the sport continues to grow. The commitment to more live prime-time games being broadcasted live internationally has continued and currently has 16 international broadcast partners and platforms.

The NHL is broadcasted across Scandinavia, in Germany, Czech Republic and across Europe as well as into Africa and Asia. The Toronto Maple Leaf’s are the most popular side in Canada, but also have a huge following globally. In 28 countries around the world, the Maple Leafs were the most searched side on google. Across Africa, the Tampa Bay Lightning are the most searched, especially due to their Stanley Cup success in 2020 and 2021.

With the increased interest in the sport and more fans given legal sports betting opportunities, the way in which we can bet on NHL continues to grow and excite.

There are three basic types of bets you can place on the NHL.

This is commonly used, especially by those who are new to either the sport or sports betting itself. Each side is given a value price based on who is the favourite to win the game. The favourite having shorter odds and the underdog with larger odds. Players can place a bet on the team they think will win the match.

Should the Tampa Bay Lightning (2020 and 2021 Champions) be playing the Ottawa Senators (sitting bottom of the Eastern Conference), placing a bet on Tampa Bay would result in very little winnings as they will be expected to win. A bet on the Senators would bring a much bigger return, but the chances of winning are much smaller.

This is the NHL’s version of the points spread which is used in NFL. A designated number of goals are given as a handicap between the two teams that are playing.

NHL is often a low-scoring sport which can be very close between teams, so the usual puck line is 1.5 goals. In this example the favourite in the game with have their puck line set at -1.5 and the underdog will have +1.5.

Using the Lightning and Senators again, the Lightning would start the game with a -1.5 score and the Senators +1.5. If you were to place your bet on the Lightning, they would need to win by two goals or more for you to win your bet. The Senators would provide a return on your bet should they win or lose by only one goal.

This is where you are predicting the total amount of goals in a game combined between the two sides competing.

Sportsbooks will monitor the form of the two sides and the history between them to set a total amount of goals they feel will be scored in the contest. It is then up to the bettor to decide if they feel there will be more or less than predicted by the sportsbook.

The most common score line in NHL is 3-2 which occurs 10.6% of the time and scoring three goals in a game the win rate is registered at 19.9%. This should be taken into account when placing bets. Despite the quality gap between the Lightning and the Senators, the chances are that both teams will probably score, while the total goals are frequently under six.

There are a number of other bets you can make on NHL, including predicting the Stanley Cup winners. This can be done at any time, you don’t need to wait till the two teams that reach the final have been decided. You will even get greater odds the earlier you place your bet.

With the 2022/23 season underway, the Boston Bruins lost just three times in the opening 22 games and have a strong history in the sport having won the Stanley Cup six times. A bet on them won’t bring the biggest odds due to their quality but will be much larger now than it would be closer to the date, and they are in great form, undefeated at home with 19 wins and just 3 losses at the time of writing.

If you are betting on sports, please bet responsibly.