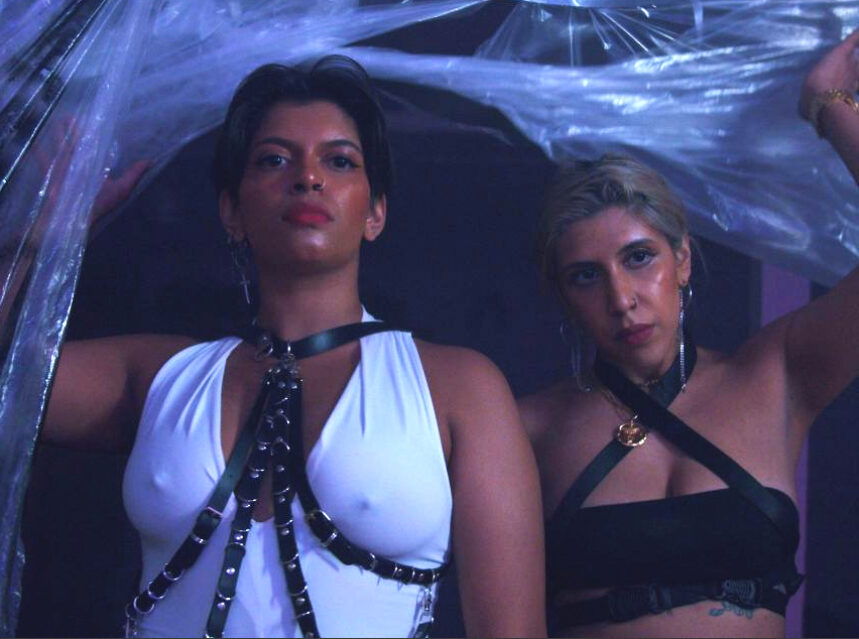 Cartel Madras both direct and star in the new video for “DRIFT,” their lifted, collaborative single with Toronto hip hop producer Dom Dias, out everywhere now on Royal Mountain Records and Sub Pop.

It’s their first new music of 2021 and follows last year’s hip house anthem “WORKING”, with both tracks taken from their forthcoming project The Serpent and The Tiger, the third installment of the Project Goonda trilogy (which includes 2018’s Trapistan and 2019’s Age of the Goonda), due out later this year.

Talking about their new single, Cartel Madras’ Eboshi and Contra say, “We teamed up with Toronto’s Dom Dias to make a sequel of sorts to “Goonda Gold” – something that sounds hype, fun, and sets the tone for the new year and our upcoming new project. “DRIFT” is about BIPOC women enjoying themselves and the fruits of their labour,” said Canada’s edgy hip hop duo.

“In our music video we wanted to show a beautiful group of creatives and artists from various backgrounds dabbling in marijuana. We also wanted to show a group of women owning the means of production. Lyrically, this song exists in the Cartel Madras Universe and follows us doing what we do best; self-referentially discussing high powered, risky, good times. “DRIFT” opens 2021 for Cartel with new energy, big vibes, and ganja fuelled heat.”

“DRIFT” is out now. You can stream it here.

TOtimes Movies: THE TRIAL OF THE CHICAGO 7 – Miscarriage of justice

TOtimes Movies: THE LAST VERMEER – In praise of a forger

Calm before the storm 📸 @daisylankstead

Look up, look waaaay up... As the country’s hig