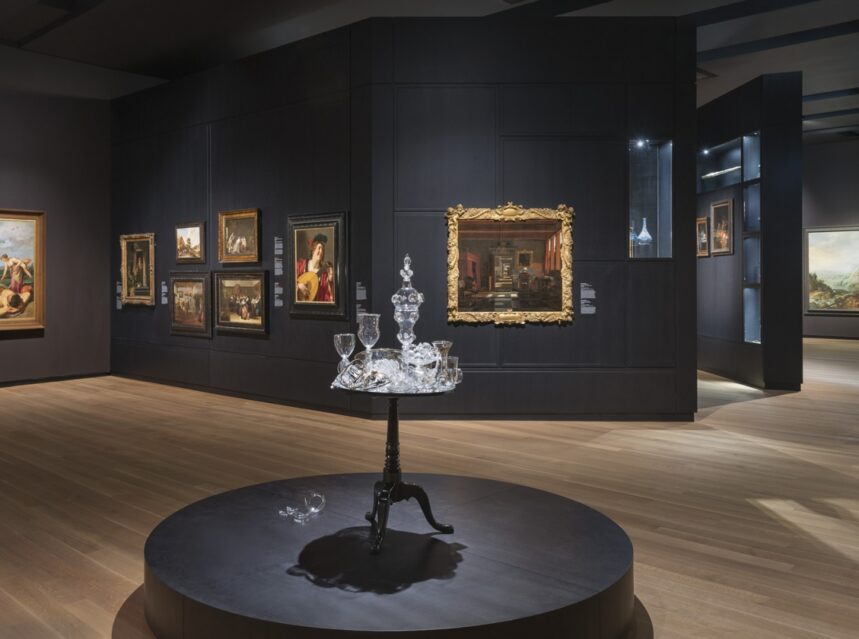 I came to hear Angela’s story. But I got so much more.

“I was born in Hell,” she says. In a giant cemetery where every footfall disturbs an unmarked grave.

Angela was born in Auschwitz. Say that out loud a few times. “Born in Auschwitz.” It’s a phrase that makes no sense: a baby, carried and birthed in a death camp, a symbol of hope born too late for such a sentiment to have any real meaning… except for later.

She was one of two Jewish babies born just prior to the liberation of Auschwitz. She shouldn’t have survived, either in utero or out. But such was her mother’s determination that Angi lived to tell her story. It’s a story she’s told countless times with pride, a story she hopes to tell again and again.

And here she was, at the first legacy project for Montreal’s 375th anniversary, the inauguration of the Michal and Renata Hornstein Pavilion of Peace at the Montreal Museum of Fine Arts.

Angi was one of eight panelists, flanked by another Holocaust Survivor on her right, and on her left a Vietnamese refugee, one of the roughly two million Boat People who fled that war-torn country. Next to her, a refugee of Pinochet’s Chile, a former child soldier from Sudan, an Afghani refugee, a survivor of the Rwandan genocide, and a recent Syrian refugee. They are Montrealers, now, whose stories span a hateful history.

The Holocaust began when the last century was still too young to know better, with an expression of a hate that defined the 20th century, and bled into 21st. Seven decades after seemingly good people declared that “none is too many,” we still stood on the shores of some of the world’s most welcoming places, our arms crossed, declaring our homes and hearts closed. The same fear and loathing that kept ships at bay after WWII would have pushed waterlogged dinghies back into the sea, were it not for a stronger sense of humanity and compassion.

So they trickled in, flooded through, into Europe, America, and here. And in short order became respected professionals, writers, teachers, and activists who, like Angela, tell their stories of hope in the wake of horror.

Abdulhadi’s story plays on our preconceived notions; he is an Afghani Muslim who mourns the loss of Jewish villages and the Jewish culture in what was once the Near East’s seat of culture (Kabul had at one time been considered the Paris of the Near East). Soft-spoken Carmen escaped Pinochet’s Chile, but then returned to fight for freedom and democracy. Marie-Josée is a Rwandan who escaped the Hutu machetes that cut so many Tutsis to bits, but chooses to not see a difference between them; we are all Rwandans, she says. And Mojad, the young Syrian refugee, considers himself an optimist. The difference between optimism and hope, he says, is that optimism is passive. Hope is a call to action.

Their collective stories might have begun with World War II. But “My adventure,” Mojad tells the audience, “begins here.”

The Michal and Renata Hornstein Pavilion of Peace is the Montreal Museum of Fine Arts’ newest installation, featuring 750 works from the Old Masters to contemporary artists, and is open to the public, free admission, through January 15, 2017.