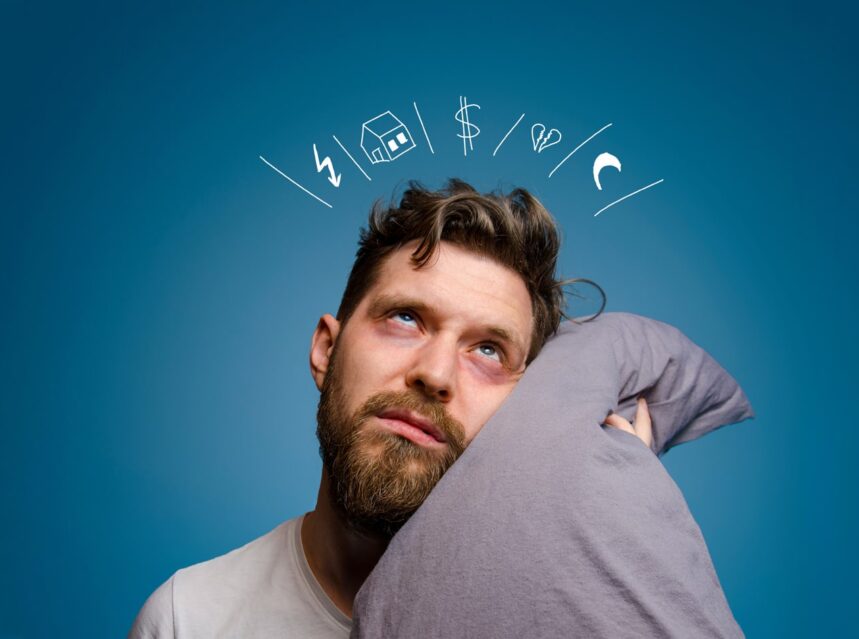 Sleep, according to Matthew Walker’s book ‘Why We Sleep,’ is the most vital component in the ‘health trinity’ composed of exercise, diet, and sleep. The book also asserts that lack of sleep wreaks havoc on your immune system. So, the less sleep you get, the more likely you’ll get sick.

Unfortunately, sleep disorders are prevalent; up to 30% of people worldwide have insomnia. And if you’re one of those sleep-deprived people, chances are you’re curious to try cannabidiol (CBD) to help you get a good night’s sleep.

CBD has rocketed in popularity in previous years. This has been assisted by the approval of the CBD-derived drug, Epidiolex, which is used as a treatment for epilepsy, and the legalization of cannabis in Canada and many states in the U.S.

Research has also opened up, and some results show that CBD helps with anxiety and may help alleviate sleep disorders in many people. To further understand how CBD does this, it’s vital to understand the body’s endocannabinoid system (ECS).

CBD And The Endocannabinoid System

Discovered in 1988, ECS maintains the body’s homeostasis, or balance and stability. ECS is responsible for your body’s critical functions, including memory, learning, pain control, appetite, immune responses, and sleep. When researchers found that the body has cannabinoid receptors called endocannabinoids, they theorized that the body produces its own cannabinoids. They were right.

In 1992, the chemist Lumir Hanus discovered a naturally-produced cannabinoid in the human brain. He called it “anandamide,” from the Sanskrit “ananda,” meaning bliss. Basically, marijuana, which humans have been using for thousands of years, works by interacting with this ancient human cellular system.

Unlike the more famous cannabis compound, tetrahydrocannabinol (THC), CBD isn’t psychotropic, meaning it won’t get you high. It is known to have a calming effect, which is probably why it can help you feel relaxed enough to fall asleep. CBD’s known effect in helping reduce anxiety without making you lethargic, unlike THC, is vital for suppressing unwelcome thoughts as you try to sleep.

The cannabinoid interacts with endocannabinoid receptors in the brain’s limbic system, which regulates your body’s autonomic functions, including emotions, memories, sexual arousal, learning, and others. When your brain has thoughts that cause anxiety and sleeplessness, CBD may help stop those thoughts by pushing the ECS to do its job—stop those thoughts and help you achieve what you set out to do in your bed, which is, of course, to sleep.

Insomnia is caused by several factors, which could include the following:

CBD may be of help for your insomnia. Cannabinoids may help address your sleeping disorder’s causes by interacting directly with your hypothalamus, an area in your brain that helps regulate your body temperature and sleep patterns. CBD, through the endocannabinoid receptors, is thought to work with this part of your brain in controlling stress.

Furthermore, insomnia is often a reaction to stress that spills over and disrupts your sleep patterns. CBD may help stop these overactive stress hormones, also known as cortisol, by regulating and counteracting them, thus modulating your sleep and wake rhythms.

CBD is also known to help alleviate chronic pain, which can cause insomnia. CBD’s analgesic or pain-relieving and anti-inflammatory properties make the cannabinoid a potentially effective treatment for different chronic pain conditions.

Countries like the U.K., for example, approved a drug that contains CBD and THC for patients with neuropathic pain due to multiple sclerosis. Canada also approved the drug for use on patients that suffers from cancer pain.

Your sleep-wake cycle or circadian rhythm refers to the internal clock inside your body that directs your body’s sleeping and waking patterns. When it doesn’t match up with your environment, you might have a circadian rhythm disorder if you’re awake at night and sleeping during the day.

This disorder develops when your sleeping habits undergo a drastic change. The sudden change could be due to work, travel, genetics, as a side effect of aging, and certain medical conditions. The cannabinoid’s molecules are known to bind to receptors in the ECS, which may trigger neurological effects that include restoring the body’s circadian rhythm.

Research has observed that CBD triggers the release of dopamine and serotonin, two chemicals in your brain that play significant roles in your sleep quality. Additionally, your brain needs serotonin to produce melatonin, the hormone that regulates circadian rhythm. However, more clinical trials in this area are still needed.

CBD popularity in recent years has increased, and research regarding the medicinal benefits of cannabis, including CBD, has shown positive results. According to some studies, CBD seems to help alleviate sleeping disorders by interacting with the body’s endocannabinoid system.

Through ECS, CBD interacts with the brain’s limbic system, regulating the production of cortisol, thus producing a calming effect. CBD is also known to stimulate the release of dopamine and serotonin, two chemicals that are crucial in helping you get a good night’s sleep. Serotonin is also needed to produce melatonin, a hormone that helps regulate your sleep-wake cycle.

CBD’s anti-inflammatory and analgesic properties may also help people deal with chronic pain, which is often the cause of insomnia. However, CBD and medical marijuana’s therapeutic effects still need more research and conclusive clinical trials.