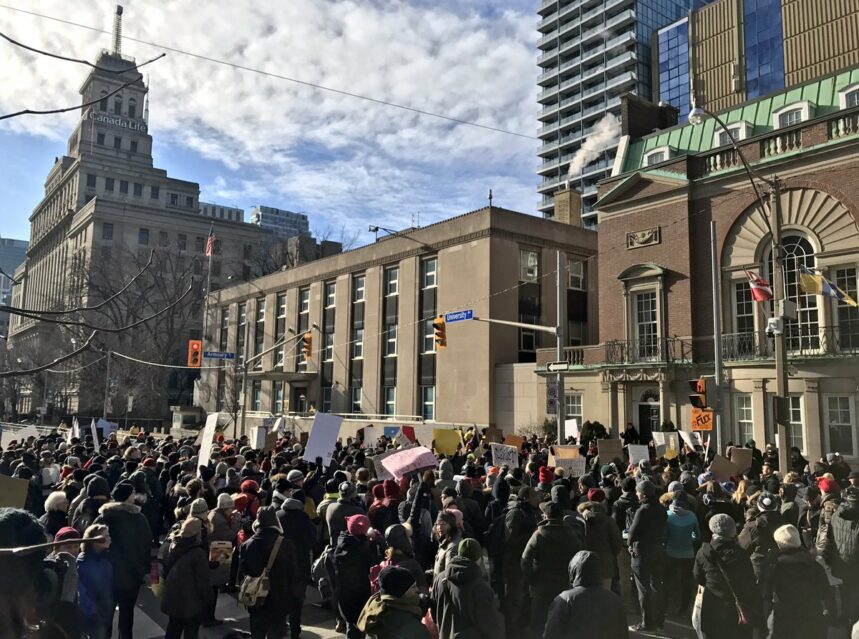 After President Trump’s executive order on immigration policies, hundreds of people gathered outside the U.S. Consulate in Toronto today to protest it. The order bars citizens from Yemen, Syria, Sudan, Somalia, Iraq, Libya and Iran from entering the U.S.

Protesters came out with signs, sang chants and made speeches. They urged others to write letters to Trump and the U.S. government. They also said they would like refugees to come to Canada instead and that protesters should privately sponsor refugees.

The demonstrators also held a moment of silence for the 6 people killed in the Quebec City mosque shooting on Sunday night. Some 50 people also stopped to pray at University Avenue, while others around them stayed silent and watched.

Protest stopped for prayers on University avenue outside US consulate pic.twitter.com/TxZBtU62Xv