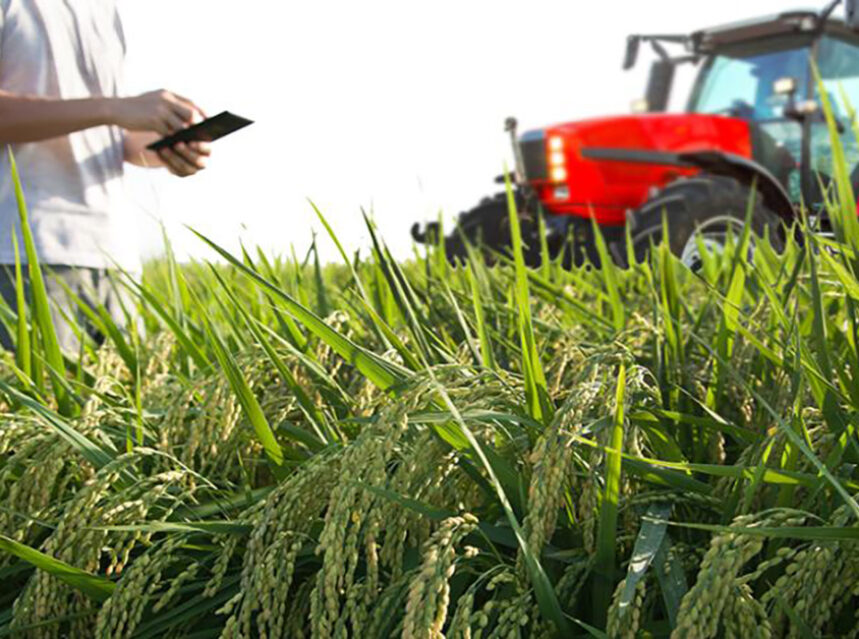 Today digital farming is an integral part of global agriculture, and terms such as NDVI, NDWI, and big data are becoming more common. That’s how these technologies are changing the industry.

How has technology changed farming

During the second half of the 20th century, agricultural technologies were actively developing, making the work of farmers more efficient.

The US Vice President Henry Wallace’s agricultural program can be considered the starting point. Its goal was to help developing countries solve food problems. By the 60s, thanks to the efforts of scientists led by Dr. Norman Borlaug, the so-called “green revolution” began to bear fruit. Proof of this was the new efficient crops.

In 1973, during scientific research, the Remote Sensing Center of Texas A&M University employees first used the normalized difference vegetation index (NDVI), which is now actively used to remotely determine the state of vegetation.

In the 1980s, the first modified plant cells appeared. Thanks to this, crops have become more resistant to viruses and herbicides.

In the 90s, a breakthrough happened: satellite technology became available to farmers, making it possible to monitor the farm’s state better and optimize its planning. This agricultural management system using GPS signals is called Precision Farming. In the same decade, the normalized difference water index (NDWI) appeared, allowing us to determine the moisture level in plants. In addition to agriculture, this index is used to assess the fire hazard level.

At the beginning of the 21st century, digital technologies have been actively introduced with the proliferation of mobile devices in agriculture. Now they allow you to control the farming process, maximizing its efficiency fully.

A Rise Of Digital Farming

Today we can confidently talk about the digital farming formation as a new stage in the history of agricultural development. Essentially, it combines precision farming techniques with intelligent networks and data management tools. Thus, digital agriculture’s primary goal is achieved – the automation of sustainable agricultural development processes. Here are just some of the benefits of this approach:

Since digital farming analyzes vast amounts of information, several conditions should be met to succeed.

This fact brings us to the second condition for the successful functioning of digital farming, namely the need to standardize the communication and interface between machines for the smooth exchange of information. At the same time, an essential principle of digital farming is the ability to manage and control access to information so that a farmer retains ownership of it.

One of the most critical tasks is agriculture sustainability. It ensures the preservation and improvement of soil fertility and increases farms’ profitability, quality, and quantity of products. Digital technologies allow reaching a fundamentally new level in solving this problem. The benefits they bring to the so-called pillars of sustainability development most clearly demonstrate it.

Agriculture sustainability in the face of solving environmental and social problems does not mean abandoning economic profit. On the contrary, farmers receive data that will increase yields and improve product quality while optimizing resources. Thus, the profitability of the farm grows.

Analyzing digitally generated data provides a better understanding of human impacts on the environment, such as the effects of using certain types of chemicals and fertilizers. Thanks to this, we can make them safer for nature and more efficient for the economy.

A healthy diet does not at all mean a departure from scientific progress towards more organic ones. On the contrary, with the help of digital technologies, we can produce better quality products with optimal amounts of nutrients.