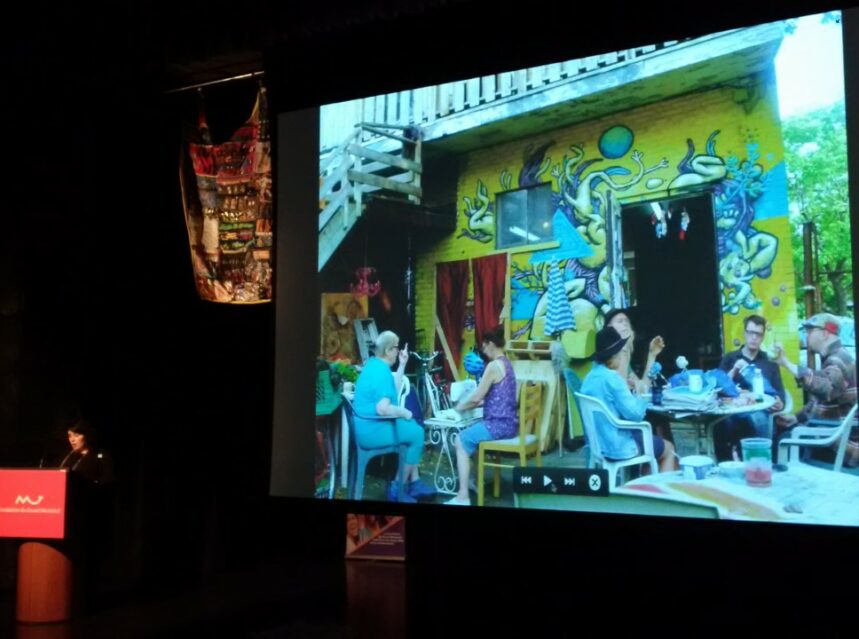 For Montrealers 2017 will be a dual celebration year: the 375th anniversary of the city and the 150 years of the Canadian Confederation. To mark the occasion, the Foundation of Greater Montreal (FGM) announced this past Tuesday its support for 71 projects distributed across 20 districts in Montreal. “2017 must be a year of celebrations, but also of social progress for all Montreal’s neighbourhoods. The projects propose activities aimed at inclusion, vulnerable youth, reconciliation with Aboriginal peoples, the development of commitment in the community and many others. We are very proud of these projects which are directly funded by the community. They will allow us to reach more than a million people,” said Yvan Gauthier, CEO of the FGM, during the ceremony held at the Salle Le Gesù.

The importance of these projects for the Montreal community was also emphasized by Diane de Courcy, Interim Director of the Bureau de l’expérience client, and Responsible for the City of Montreal’s Follow Up Bureau Je Fais Mtl.

For his part, Alain Gignac, Director General of the Société des celebrations du 375 anniversaire de Montréal underlined the importance of these projects as a way of promoting the identity of the different neighbourhoods of Montreal.

Monique Vallée, a member of the city’s executive committee and Responsible for Social Development and Homelessness, addressed the innovative character of the projects and how they could be a suitable element in the fight against poverty in the city. “They will be a catalyzing force for change,” said Ms. Vallée.

to do. Art Hives promotes reconciliation with Aboriginal peoples, thanks to community art and programming travelling exhibitions nationwide. On roule is developing a first bilingual application which will improve the autonomy of people with functional limitations, providing better information on accessible locations and shops to reduce social isolation by building an inclusive and mutual aid community. Montré(olly)Wood Project is an original 25-minute contemporary dance creation inspired by Bollywood and presented in the form of a flash mob. This project—created by the group Sinha Dance Inc.— celebrates cultural diversity and gathers up to 100 amateur dancers under the artistic direction of the award-winning choreographer Roger Sinha. The other groups that presented a summary of their projects were Carrefour de resources en intercultural, Île de savoir, Rencontres-Cuisines, Apathy is Boring, La société pour les arts en milieux de santé, Wapikoni, and Le Sac à dos, a group that works with homeless people.