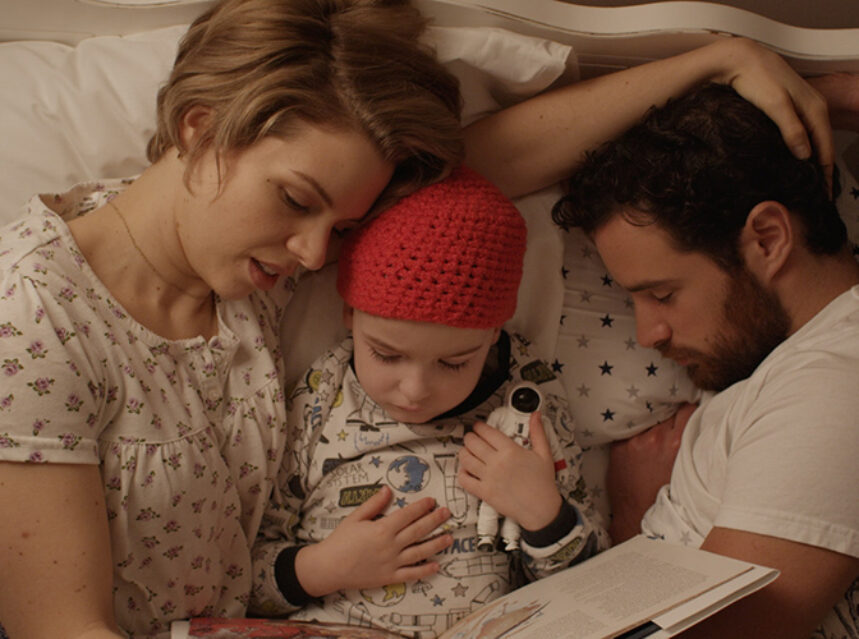 The Devout, the award-winning debut feature film from Canadian writer/director Connor Gaston, will have its theatrical premiere in Toronto after a successful festival run. If you would like two FREE tickets for The Devout at Carlton Cinema, 20 Carlton St., Toronto for this Friday please e-mail us: info@r7h.87b.myftpupload.com plus like our Facebook page: Toronto Times.

Inspired by true events, The Devout is the story of a humble father in a rural Bible belt town in British Columbia who must face his church, his wife and ultimately himself when he begins to believe that his dying daughter was an Apollo 1 astronaut in a previous life.

Gaston used a childhood memory as inspiration for the story. “When I was three, my parents half-seriously asked me if I could remember being someone else. According to them, I said yes, claiming my name was Mark and I’d been a carpenter,” muses Gaston.

Executive Producer Daniel Hogg (Two 4 One) believes the concept remains largely untapped in film. “Not since Kenneth Brannagh’s Dead Again (1991) have we seen a mainstream film haunt us with past lives as part of the central concept,” he states.

“Olivia is a natural. I never thought working with a four-year old could be such a joy,” remarks Gaston. Originally envisioned as a boy, her role was rewritten when producers found Martin by placing an ad at a preschool in Victoria, where the film was primarily shot.”

The Devout was made possible by the Telefilm Microbudget Program, the BC Arts Council and Cinevic Society of Independent Filmmakers.

Opens in Toronto – One Week Engagement