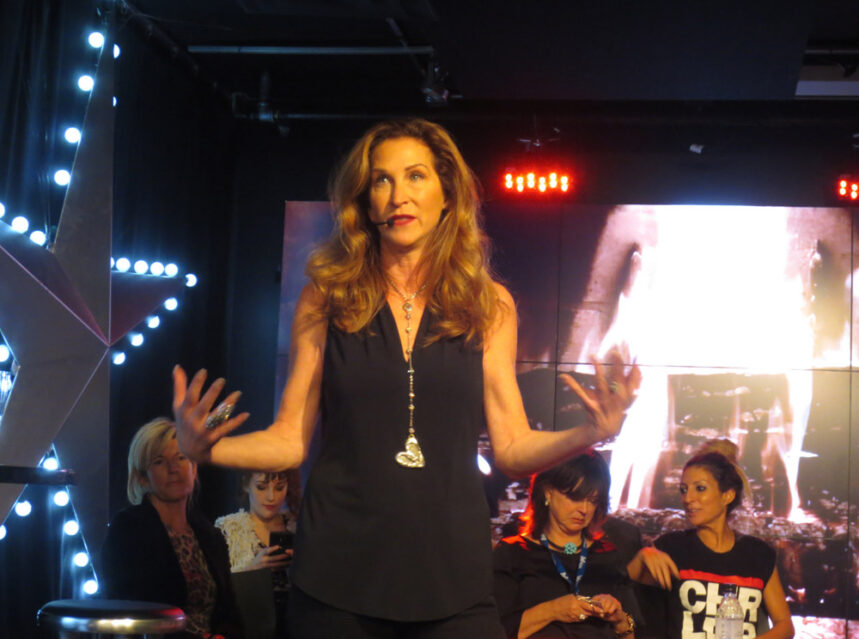 It’s 12 noon on a cloudy, rainy early Friday afternoon last week (December 2, in particular), as professional love coach and matchmaker Cheryl Besner and a group of invited guests gather at the street level studios of CJAD 800 on Papineau to participate in the monthly live-to-tape recording of the “Lunch Time Quickie” edition of her weekly dating advice program “Solo in the City”, which airs every Saturday night at 10 on CJAD.

With a warm, holiday atmosphere created in the medium-sized studio space, Besner and her guests – including local comedians Gino Durante and Dan Laxer – are ready to discuss the timely topic of “holiday dating dilemmas”. Throughout the hour-long taping, Besner and her studio audience bring up a selection of concerns that relate to that show’s topic in a rather lively, animated way, from hooking up at an office Christmas party, to bringing a new boyfriend or girlfriend to your family’s Christmas dinner, to where you should go on a first date in Montreal during the holiday season.

“The idea for ‘Solo in the City’ is to get people to share ideas, experiences and advice, so that they can meet other people by going out, thereby expanding who we are and where we are,” said Besner, a native of Cote St. Luc. “This is for people who are stuck in singledom, and I not only give them advice, but I give them hope. Every heart has to find a home.”

The show, which has been on CJAD since March of 2015 and is produced by CJAD personality Eramelinda Boquer, evolved while she was getting her coaching certificate and was involved with a California-based company that put together dating web sites. “That company helped me put together the radio show that became ‘Solo in the City’. And when (former CJAD program director) Rob Braide heard it, he liked the content and helped open the door for me at CJAD,” she said.

The idea of doing one “Solo in the City” show each month in front of a live studio audience was introduced recently by Besner; however, she enjoys how it has helped people come out of their social shell. “The live studio audience shows really do bring people out. It sort of a response to how difficult it is for men to go to singles events, but it’s very easy for women to do so,” she said. “So far, these monthly studio audience shows helps to relieve the pressure that’s associated with going to a singles event. I see a lot of conversations evolve between the audience members as a result of these shows, which continue well after the taping is done.” The next “Lunch Time Quickie” taping of “Solo in the City” is scheduled for January 20, 2017.