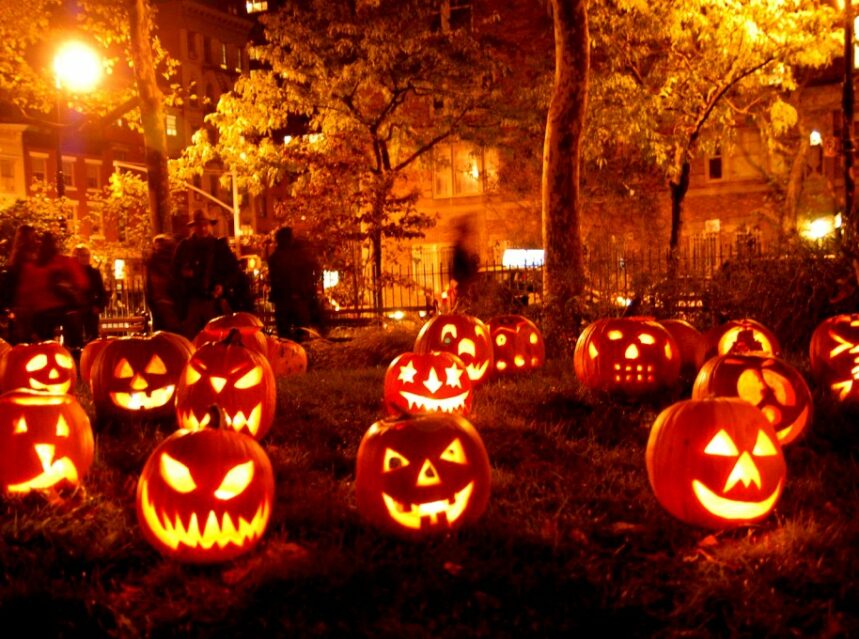 Do you find yourself wondering about the people of Montreal’s past as you explore our beautiful city? Montreal is built on a thick layer of diverse history: some of which is a little spooky; the rest may be a little risky.

Few people know the history of the streets we frequent daily. However, the debut of the Red Light District tour hopes to change that. Donovan King and Haunted Montreal have designed a ghostly tour of Montreal’s Quartier des Spectacles combining the city’s rich history with Halloween haunts of the city’s past. The guided tours begin on Friday, October 14.

Do the names bank robber Machine-Gun-Molly, or serial killer Dr. Thomas Neill Cream ring any bells? If not, Donovan can fill you in on their ghostly sins from the forgotten era.

Quartier des Spectacles was once the location of Montreal’s Red Light District. All sorts of unholy and unimaginable acts took place here: gambling, drinking, and exotic dancing are just the tip of the sins committed on the site. While the area was eventually rebranded as entertainment central, the ghosts of days past are still rumoured to haunt their old hunting grounds.

The Red Light District of Montreal was in its heyday during the days of prohibition. “People came from all over North America to partake because booze was illegal everywhere, except for Quebec,” said Donovan King. “The reason it wasn’t outlawed here was because of the Catholic Church—ironically, it was the church who kept the booze flowing here.” Unsurprisingly, Montreal became a hotspot for people looking for a place to drink. This type of risky activity ultimately resulted in some scary stories.

Donovan, your tour guide, has plenty of experience storytelling and acting, and knows all about Montreal’s hauntings. “I’ve been working in the haunted theatre business since the early 1990s,” said Donovan. “It’s second nature to run these types of tours.” He hopes to spread the fearful fun of the city’s haunted inhabitants.

Donovan enjoys the Red Light District specifically because of the Halloween-esque themes of the tour. The red light days of burlesque, brothels, and booze, alongside the ghostly appearances in the area make for the perfect Halloween outing. For added spookiness, these tours start after dark.

Visitors and locals alike are curious to see what the story behind the Quartier des Spectacles really is: “it’s universally appealing,” said Donovan. Everyone is at least a little bit curious about the paranormal. How else are we supposed to describe the eerie, empty feelings in the pits of our stomachs, or the pipes that go bang in the night? These are common occurrences in the Red Light District theatres, bars, and hotels. Recently, Donovan personally experienced paranormal activity in Montreal—ask him about it on the tour.

The Red Light District tour begins at Le Midway on Saint-Laurent, and the group departs 10 minutes before the start time of the tour. Each tour lasts about 90 minutes. Haunted Montreal hosts other guided tours around the city, but the Red Light District is the best for those looking for a good Halloween haunt. Join Donovan October 14 through 31 for a spooky evening into Montreal’s scandalous and scary red light past.

Tours in French begin at 8:00 pm on the same dates.