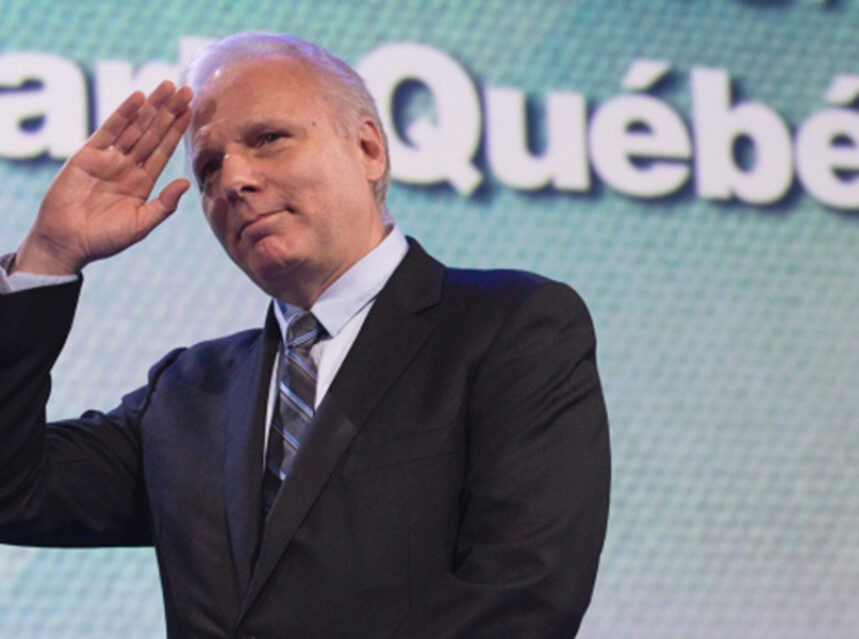 You’re not very likely to catch a string quartet at a Hell’s Angels party. As much as Einekleine Nachtmusik sounds like it might be a great name for a metal band, circa 1980s Berlin, you’re not likely to see a room full of leather-jacketed, beer-bellied, tattooed motards grooving to Mozart’s chamber music masterpiece. No, you’re more likely to see bands like Rimouski’s own Obskur, not to be confused with the German band of the same name and similar style (oddly enough, the German Obskur had also once been called Magog, not after the Eastern Townships community, but after the Biblical enemy of the coming Messiah… although why a lovely Eastern Townships community would also have that name is beyond me. But I digress…).

Obskur is a heavy metal band, or more the point, a thrash metal band that is in the news this week because their lead guitarist and singer, one Gino Boucher, is also a political attaché for the Parti Quebecois’ public security critic, Pascal Bérubé. Or rather he was, until M. Bérubé fired him.

Bérubé claims that he’d been researching Quebec-based gang activity when he came across posters about a bikers’ hootenanny, something called the Annual Ride. In attendance were The Death Messengers, The Dark Souls, and The Bad Disciples. Those are not other metal bands that shared the stage with Obskur, but motorcycle gangs affiliated with the Hell’s Angels. Bérubé fired Boucher to avoid any perception of conflict of interest, even though the axe-grinder swears up and down that he has no involvement with biker gangs, and has apologized for his lapse in judgement.

It was just a gig. But a gig that cost him a career.
You may recall that some years ago the beloved Quebec Chanteuse Ginette Reno had also entertained a roomful of Hell’s affiliates – the Nomads – at a party hosted by none other than Maurice “Mom” Boucher. She’d been roped into it by a friend, she said at the time, by way of apology. The media jumped all over that story, had a bit of fun with it, and then just as quickly forgot all about it. I’m sure that, soon enough, the media will also forget that it even knew Gino Boucher’s name at all (Hey, wait a minute. Mom Boucher. Gino Boucher. Nah, it has to be a coincidence).

His music career will probably continue, and may even get a bit of a boost from this story. But M. Boucher’s political career, such as it was, comes to an end just as the PQ has elected a new leader. Jean-Francois Lisée is being groomed as the squeaky-clean, community-building saviour of the party. He’s reaching out to the Anglo community and, at least for now, putting sovereignty on the back burner, where it’s been simmering since nearly bubbling over back in 1995. The ranks need to shine up their shoes, straighten up and fly right. Or left. Or whichever way the party flies these days. There can be no hint of impropriety; we’d seen enough of that with the slapstick duo of Marois and Peladeau. So even the hint of the slightest misstep by the most unknown and, if you’ll pardon the pun, obscure member must be rubbed out.

Boucher seems to get it. And I have no doubt that, after some time, some strategically-expressed contrition, and a visit to a spin doctor, he might even be welcomed back into the fold. This is, of course, unless metal makes a comeback.