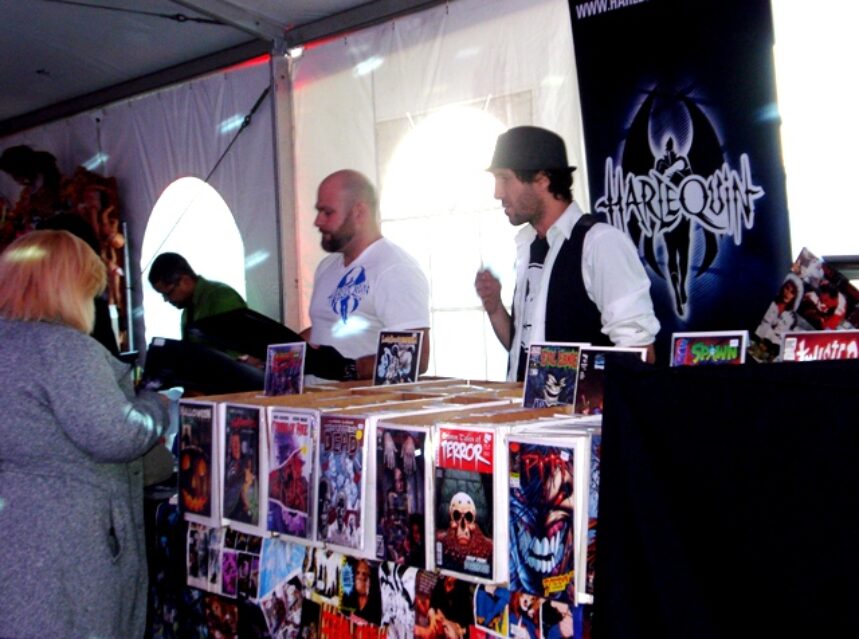 Halloween is around the corner and together with the usual costumes and imagery, come the many events that try, well, to celebrate horror. One of these events is the Malefycia Festival, which will hold its second edition this weekend and then again from October 27 to 31. New this year is a Family Corner. That’s right, horror now available for the whole family. Among the features for that section of the fest, there will be a “funfair peopled with iconic characters of horror, fun contests, pumpkin carving, dancing, and face painting.” The Family Corner will run the days of Malefycia from 10 a.m. to 7 p.m.

Other sections of the festival include the Horror Zone, the Freak Show, and what is announced as Quebec’s first Horror Convention featuring the Ladies of the Evil Dead and the House of Horror. According to Malefycia’s Creative Director Mathieu Surprenant, “This year for the House of Horror I’ve created a theatrical gauntlet of horror, completely uncensored. It will be shocking and unnerving.”

But the idea is to have fun with horror, so the Freak Show hosted by Christopher Williams “will offer a dark, festive and modern variety show.” What is described as an “immersive experience” will consist of Williams making the audience participate in the re-creation of scenes from horror movies and TV shows such as “Saw” and “The Walking Dead.” Vincent the Magician will also be performing some of his daring acts. This Wednesday we had the opportunity to experience this participatory show during the media premiere of the festival. The Freak Shows will take place from October 22 to 29, at 8:30 p.m.

The Requiem Fear Fest, to be held at the ALT Hotel on October 29 and 30, in partnership with Malefycia will feature some stars from Evil Dead, among them Ellen Sandweiss, Betsy Baker, Theresa Tilly, and Hal Delrich. And for those who want to buy some horror merchandise, the Horror Market will have a few artisans offering their horror-related articles, from dismembered body pieces to realistic make-up, to horror comic books.

The Malefycia Fest takes place this weekend and the next, Halloween, at the Peel Basin, 1055 de la Commune West. Tickets: $20, Requiem Fear Fest: $20 to $100. Family Corner: Free. For more information and to buy tickets visit www.Malefycia.com