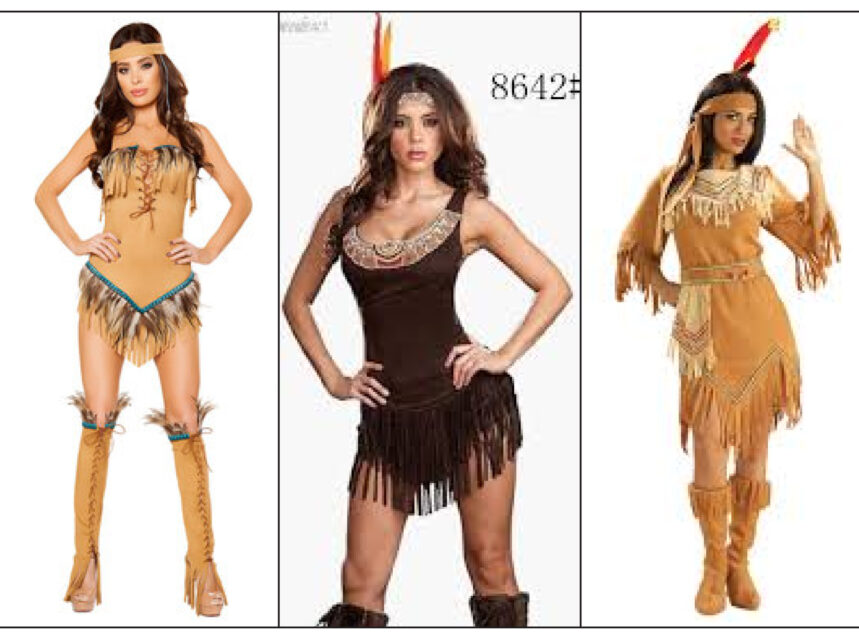 As shops bustle with last-minute customers looking for Halloween costumes, the Kahnawake Youth Forum (KYF) and Missing Justice will launch a campaign targeting the sale of costumes which perpetuate racist perceptions of Indigenous peoples. On Friday, October 28, they will visit various stores in and around the Downtown and Plateau areas, asking retailers  to remove such costumes from their shelves. Local campaigns which target “Spirit” brand costumes for their racist depictions of Indigenous women have also emerged in Regina and Saskatoon, Saskatchewan.

Organizers of the “Wear a costume, Not a culture” campaign assert that these costumes perpetuate negative representations of Indigenous peoples’ and reinforce harmful stereotypes. Jessica Deer, President of the KYF notes that “Montrealers rarely learn about Indigenous people in school, so the representations in sports, on television, on the runway or costumes on the shelf of a Halloween store shape much of what people know and think about Indigenous people. Since they are highly inaccurate and dehumanizing portrayals that are rooted in colonial ideology, all they accomplish is creating more layers of misinformation about who we really are.”

The Kahnawake Youth Forum and Missing Justice believe that by continuing to put pressure on retailers through boycotts, public reproach, and direct action, manufacturers will be forced to cease production of such racially and culturally harmful costumes.