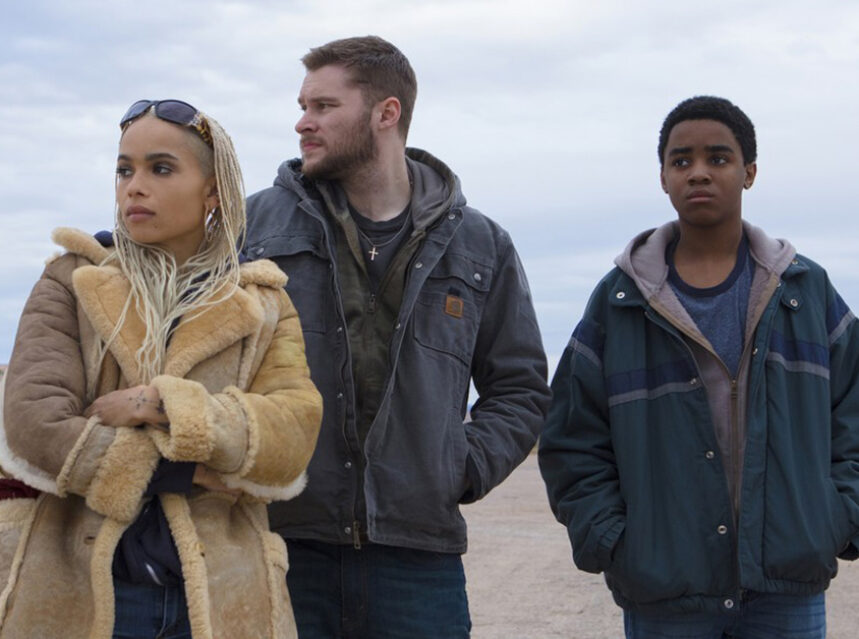 KIN – A little bit of science-fiction, a sad portrait of the state of family life, and some twisted form of brotherly relationships are involved in this film directed by Jonathan Baker and Josh Baker. Jimmy Solinski (Jack Reynor) has just been released from prison and is back at home with his father Hal (Dennis Quaid) and his 14-year-old brother Eli (Myles Truitt). The mother had died a few years earlier leaving the father with the two sons (Eli, a black boy, was adopted). The movie starts with Eli being suspended from school and then follows him into an abandoned factory where strange things happen. On one of his visits to the dilapidated building, Eli finds some peculiar men thrown on the floor, apparently dead after some sort of violent confrontation. He is back the next day, but the men are now gone. Instead, he finds a strange weapon, which he would take home.

In the meantime, Jimmy is in trouble trying to convince Taylor (James Franco), the leader of a dangerous gang, to wait a bit longer for the money that he owes him. Taylor is not convinced and instead proposes to get the money some other way, involving the company for which Jimmy’s father works.

After the whole scheme goes terribly wrong, Jimmy now accompanied by his little brother should be on the run, closely followed by Taylor’s gang. When on the road, the two brothers meet Milly (Zoë Kravitz), a night-club dancer who would now join the duo in their escape from the gangsters. But the odds are against the fugitives, except for some extraterrestrial help, in the form of the strange weapon that Eli has taken with him. But then, the aliens also want to recover the powerful weapon, and they won’t stop at anything to get it either.

The story is a little bit silly, but if you get into it, you may enjoy it. This is a movie for young audiences, with lots of action and powerful guns around.