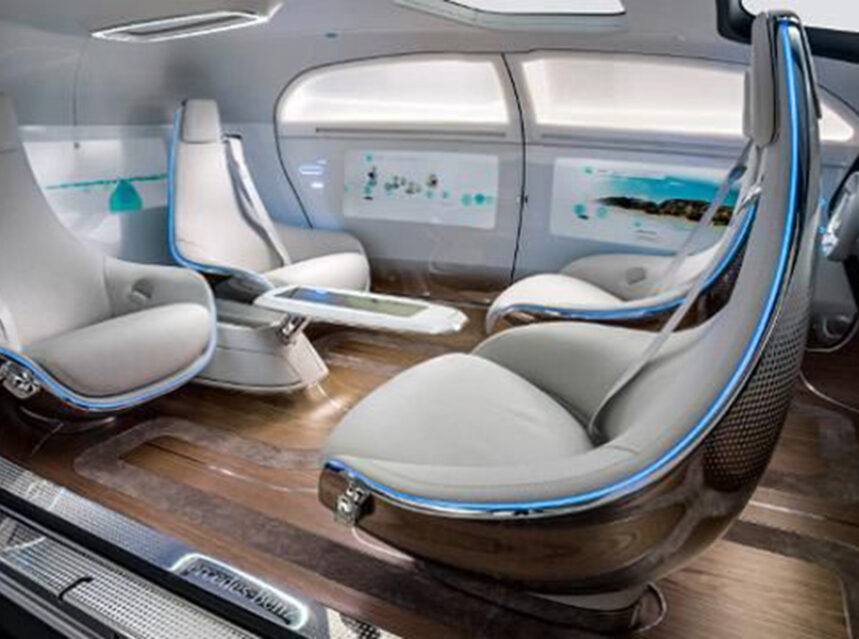 The idea of a self-driving car dates back to the 1920’s when the Chandler Motor Car company put a car on the road, operated by a second car behind it. It transmitted signals which controlled small electric motors directing the movement of the car. But it wasn’t until 2012 when Google put up a video on YouTube showing a man who was 95% blind, being taken on a ride in Google’s self-driving Toyota Prius that many began to really take notice. 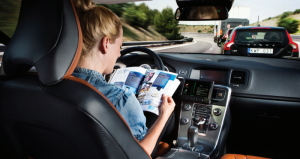 It seems everyone is now into the game; from Tesla to GM, Ford, Nissan, Volvo and many other manufacturers. Self-driving taxis were recently rolled out in Singapore – beating Uber to it and a couple of self-driving buses took to the roads in Helsinki, Finland. But the vehicles are all a long way from being as safe and sophisticated as Herbie the ‘Love Bug’s Volkswagen was in the Disney film classics – or the sleek and cool Batmobile. 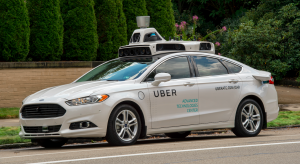 In a sense, ‘self-driving’ vehicles have been used by just about everyone for quite some time now – or at least the idea of being in a vehicle and not behind the wheel and still getting from Point A to Point B. It’s called a ‘Passenger’. If you have ever been a passenger in a car, bus or train – you’ve been ‘self-driven’ by the driver.
But now it is becoming feasible to actually get into a car alone, be ‘hands-free’ and ‘foot-free’ while being driven to a location entered in the computer system. One can even drive ‘visual-free’, preferring to read a book, newspaper, surf the internet, text legally or perhaps take a snooze – but that’s not an option right now. Because of legitimate safety concerns, someone still needs to be behind the wheel to be able to take control of the car when needed. 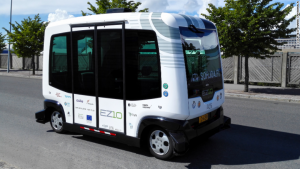 Self-driving cars, as they are perceived today, are still in their infancy and much has to be developed and worked out before manufacturers start rolling them off the production line. Government legislation and uniform safety standards also need to be set.

Presently, ‘autonomous’ cars in the US are not able to drive on over 90% of the roads. The cars depend on a pre-programmed route, they are not able to follow temporary traffic lights or sudden detours and have difficulty identifying objects in their way such as trash and debris which cause the cars to swerve unnecessarily. Right now the technology has trouble spotting potholes or recognizing when a police officer is signaling the car to stop. And they have yet to really be tested in adverse weather conditions such as heavy rain or snow. 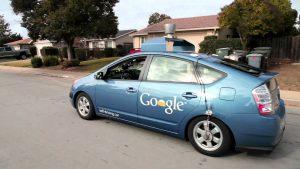 Last year Google said its cars needed driver assistance 341 times of which only 11 times its cars have gotten into a crash. But if the driver wasn’t there, the number of accidents would have been much higher. Then in February 2016 a Google self-driving car attempted to avoid sandbags blocking its path and instead struck a bus. Google addressed the crash, saying “In this case, we clearly bear some responsibility, because if our car hadn’t moved there wouldn’t have been a collision.” Google said the crash was ‘a misunderstanding and a learning experience’. 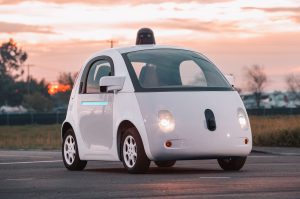 Japanese automaker Nissan Motor Co., tested just 2,390 kilometers on public roads, but reported 106 cases where the driver had to take control. In May of this year, a Tesla driver in Florida was killed in the first known fatal crash involving a self-driving car. The driver may have been watching a Harry Potter movie at the time of the collision while the automated driver-assist system was operating. And more recently Tesla came under renewed questioning about the safety of its ‘autopilot technology’ after a fatal crash in China that may have occurred while the system was operating.

And there is even the question of car ‘hacking’. During a pilot project, a group of Virginia-based researchers found it relatively easy to remotely hack into a driverless car’s control system, where a cyber-attack could take control of critical functions such as braking and accelerating. Security is advancing and being taken seriously, but the idea of entrusting our lives to self-driving cars is unsettling. The question is, do we really need self-driving cars?

There are some compelling reasons why we might. Once the cars are up to standard and safe to use, anyone could get around easily and safely, regardless of their ability to drive. Visually impaired people, those with physical challenges or the elderly would be able to maintain their independence longer. A self-driven car would still get stuck in traffic, but perhaps the stress would be lessened if one was able to lean back and take a snooze – or text while ‘passengering’. 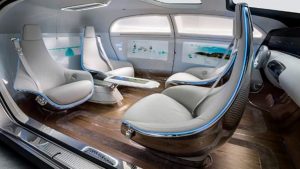 If our public transportation system was more reliable, comfortable and accessible – would there still be a need for the new technology? Choosing the comfort of your own vehicle and not having to deal with crowded buses or metro cars – and germ-carrying passengers, would be the incentive in itself.

Long drives in the country could become even more enjoyable if drivers did not have to focus on the road and instead just sit back and really take in the scenery. Business travel in a self-driving car could allow for extra time to work on a presentation – or allow some time-out to relax before a meeting.

But there is an aspect which is troubling. We are already constantly bombarded by newer technology. It’s never enough. We are being taken further and further away from living in the present, obsessed by the need to have the latest, fastest and trending devices. Look around you, everyone is leaning into their devices, backs and necks contorted, eyes squinting, fingers used in unnatural ways while tapping away at keyboards made for mice claws. The long term health effects are slowly but surely making their way into our health system. In the virtual world, we may feel as if we are connecting with more people than ever before, but the reality is that we are growing further and further apart from the most important thing – real human interaction, in real time, in the real world.
The advent of a self-driving car may be inevitable and have its benefits – and even futuristically exciting. Beam me up Scotty… the Montreal Cone Quadrant is backed up for miles! Now THAT would be cool.

But the question remains, do we really need self-driving cars? Except for the grind of city traffic, is it not enough to be able to get around with only two hands on a steering wheel and one foot in action? Perhaps modern society’s insatiable desire for more freedom, is actually taking that freedom away. Statistics now clearly show the technology meant to make our lives easier and give us more leisure time, have actually made us even busier. We are now working more hours in a day than ever before.

That said, when I am finished my work for today I have decided to leave my car where it is parked outside and walk to the store to pick up my newspaper – and I will not take the direct route. I will stroll leisurely through a park several blocks out of the way and maybe stop to smile at some children playing or even talk with someone I never met before. And I will take a moment to breathe in deeply and feel the sun on my face – all ‘self-motivated’.