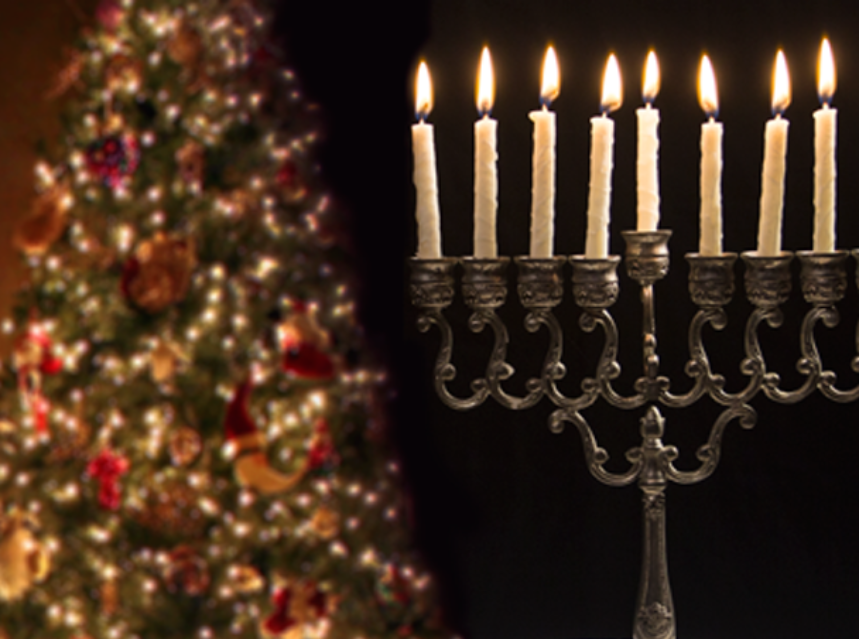 It was approaching Christmas. I was living in Ottawa, sharing a townhouse with five other students from Carleton University. My roommate’s girlfriend, a rather devout Christian, came over to hang out. She was a sweet girl who, even as an educated university student, took The Book of Revelations literally. She admitted it scared the hell out of her.

I was the only Jew in the house. And as a master’s student, I was a bit older than the others. I’d been entertaining them with the nightly lighting of what one of my roommates called my “Hanukkah sticks”.

My roommate’s girlfriend, who stemmed from small-town Ontario, asked, because she honestly didn’t know, why Jews don’t celebrate Christmas. And my honest answer, quite simply, was because it’s not a Jewish holiday. That, in turn, was going to take some further explanation. Because as some of my current Facebook friends still seem to believe, Christmas is for everybody. Or as one friend put it, “Well, Jesus was Jewish. So there’s no reason why Jews can’t celebrate Christmas.”

I like Christmas; the lights and decorations, the food, movies, the music. In fact when this article hits newsstands (do these things still hit newsstands?) I will have spent three nights playing Christmas music on CJAD. And for me it just ain’t Christmas until I see the 1951 Alistair Sim version of Scrooge – in black and white – on TV.

But the cult of Jesus is not a Jewish thing. And although it is comical to consider, as did a recent video parody, that Jesus’ religion wouldn’t allow him to celebrate his own birth, the fact is that Christmas is for Christians.

That said, if you don’t know I’m Jewish, and you happen to wish me a Merry Christmas, I’ll smile and say “Thank you, and the very same to you,” because you’ve just wished me well, and because it’s polite, and because I don’t care about all of the politically correct nonsenses that seems to have the rest of the world’s panties in a bunch. Even woolen panties with reindeers on ‘em.

I celebrate Hanukkah. It’s a Jewish holiday that celebrates a miracle with political undertones. We light candles, eat latkes, and sing songs about light (yes, we play dreidel and eat chocolate money, but let’s not talk about that right now). And I do so in a diverse society that I would hope celebrates difference and commonality, so that we may all coexist peacefully, where celebrating one holiday, or choosing not to do so, causes no offense.

This year Christmas and Hanukkah coincide; we’ll light the first candle on Christmas Eve. Some years ago, when I lived in Mile End, Passover and Greek Easter happened at the same time. One night there was a silent Easter procession heading down one direction of Jeanne Mance, where I lived, while a Hassidic procession headed in the other direction. Nothing could have been more symbolic of Mile End as groups from two communities passing each other in peaceful yet respectful silence. The Greeks didn’t question why the Jews don’t celebrate Easter. And the Hassidim didn’t wonder why the Greeks don’t celebrate Passover. But I like to think they had warm regard for one another.

At least in my heart.