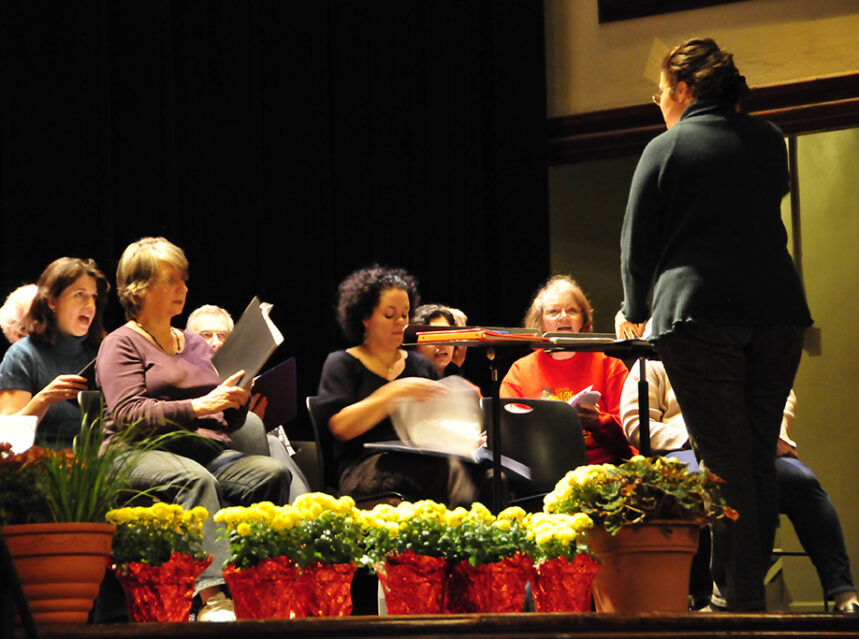 The Montreal West-End Operatic Society (MWOS) cordially invites music lovers of all ages to join them in this season’s musical adventures. This year MWOS is going off the beaten path by embarking on a series of fundraising musical revues. First in the concert series is “Around the World in 80 Minutes”. The title of the show is very apropos because with music we will touring countries the world over. A rich musical program is planned including choral pieces and solos taken from everything from Broadway musicals to Grand Opera. The performances will transport the audience in a whirlwind around the globe and across the ages – everywhere from ancient Babylon to modern day New York City.

Talk about some trip!

Some of the places we will be stopping at in our 80 minute globe trot are France, Italy, Vienna, Russia, India, South Africa, Argentina, Spain, South Pacific, Middle East.

Ticket prices range from $5 to $15 and to book your passage with us you can reserve your ticket by calling us or emailing us. A week or so before the opening date.you will also be able topurchase online with paypal.

Dates and venues are:

All locations are wheelchair accessible.

We are also auditioning, for the upcoming musical revues so if you are interested in joining us in our musical adventures, you can arrange an audition by calling (514) 990-8813 #3 or emailing: