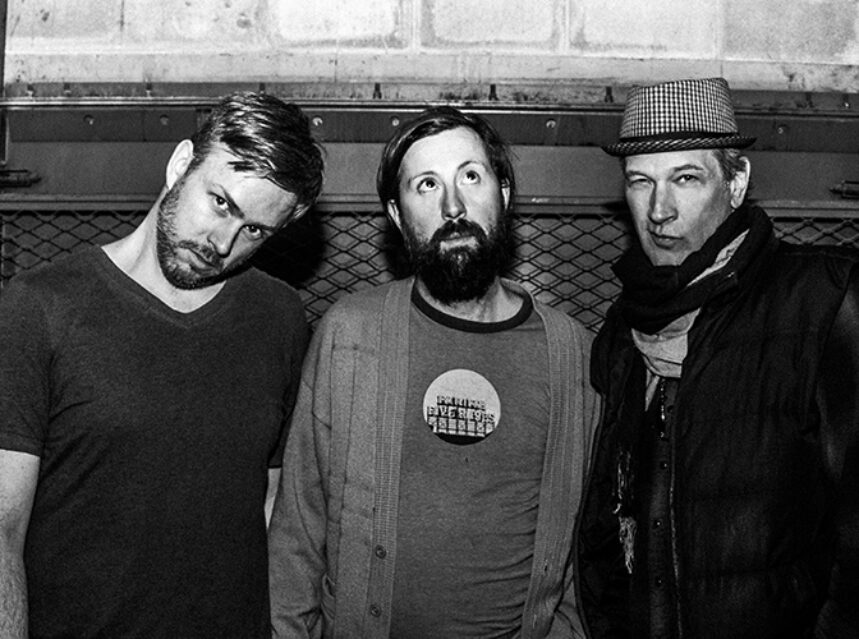 CMW – Montreal’s ‘Paddle to the Sea’, a 3 piece nu-gaze band is getting ready to showcase their stuff at this year’s Canadian Music Week in Toronto on April 18th at the Bovine Sex Club. They are in studio now recording two new songs – a single, ‘Arrow Song’ and ‘Skipping Stone’ a B-side, which will be digitally released on Bandcamp (http://paddletothesea.bandcamp.com) on the opening day of CMW and then will be released on Spotify, iTunes and other platforms later on in 2017, along with a second LP being recorded at Sound Module with Producer Fern Bouie (The Blushing Brides).

Paddle to the Sea has a sound that is hard to pigeonhole into a typical musical genre, but is best described by Philip Shearing (lead vocals and guitar) as ‘loud, fast, melodic post-punk songs with echoes of the past and with an unblinking, stoic eye towards the looming Trump-driven dystopian future’.

Their self-released debut LP ‘Insert Home Delete End’ was released in April 2016 and produced by Robert Martins (The Fuzzy Bees/The 222s) with an appearance by former Arcade Fire drummer Dane Mills, and could be ‘likened to power pop with allusions to the Flannel-clad grunge days of the early 90s’.

PTTS has shared the stage with notable acts such as Rusty, The Nils, Pet Sun, The 222s, Lightbulb Alley, Bucky Harris, The Barrel Heads, Rival, Mooch, Open Air, and Dearly Beloved. They also founded their own music festival ‘Basin Fest’ in 2016 to celebrate the bands sharing their jam space in Griffintown.

“Basin fest aims to capture the DIY spirit of the bands who share Basin Street Studios as their rehearsal space, their recording studio and their sonic home away from home… it is a collective light beam to the cosmos that we hope will go on forever,” explained Philip. (Applications for submissions for the 2017 edition can be found at: http://www.basinfest.com).

Philip Shearing (The Dissonants/Chemical Swings) is joined by Jeff Bulgarelli (Trash/Young Adults) on bass and vocals and Shawn Murray on drums and some vocals.

They have already played in Toronto at the Horseshoe Tavern and shared the stage with the likes of ‘Rusty’ a Canadian alternative rock band (nominated for a Juno Award in 1996). It’s the band’s first invitation to Canadian Music Week, one of the premier music conferences and festivals in North America, and an opportunity to showcase their music – and show the world they have what it takes to rock it all the way. Montreal is rooting for Paddle to the Sea, loud and fast!