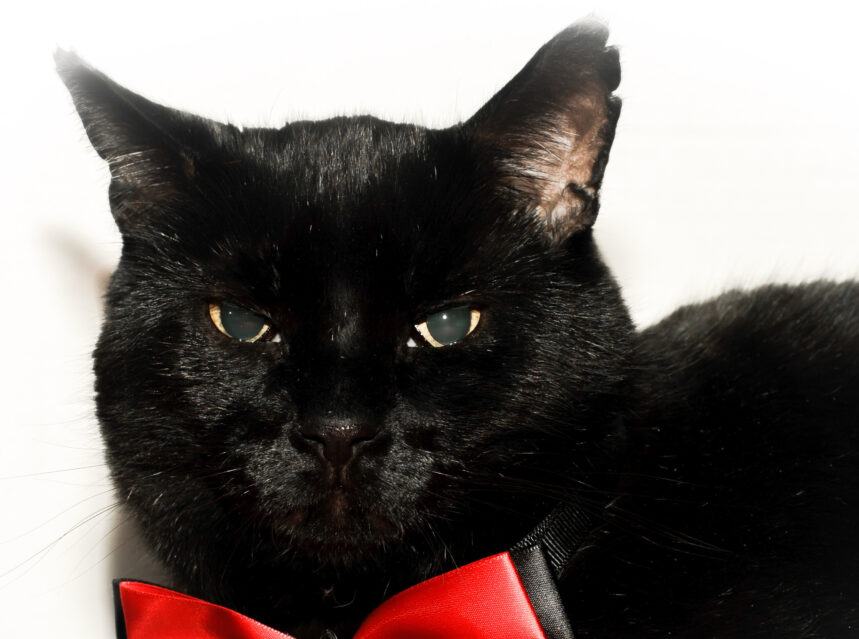 “Snowy deserves to Pet of the Week because he is a survivor and a real charmer,” said Lori, who last winter was with a friend in Mirabel photographing majestic Snowy Owls when they suddenly saw a black cat who was meowing and clearly starving, so they fed him. He followed them but they had to leave – yet they couldn’t get him off their minds.

“Not long after, we returned and he recognized us and started to follow us again. We brought food and fed him again, but this time he bit me on the lower ankle and (again) we had to leave – as it was suggested I go right to the emergency for a tetanus shot. Following this, a few animal lovers told me he probably did not want us to leave. So we went back… but prior to this, the temperature had dropped to -22 Celsius.” 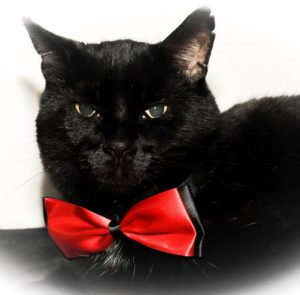 When they arrived and did not see him anywhere, they feared the worst. Not long after they returned again – and this time with a cage.

“Suddenly out of nowhere, there he was – but with a large wound on his head. He was probably in a fight and injured.” They took him and immediately brought him in for medical attention.

“He has been with us ever since and the love we have for each other is insurmountable… we found out he had a tough life, as his paws and ears revealed. Somebody abandoned him in the fields with his front paws declawed, leaving him with limited survival skills. How cruel!”

“He is my beautiful, mini-black panther and I will cherish him forever!”