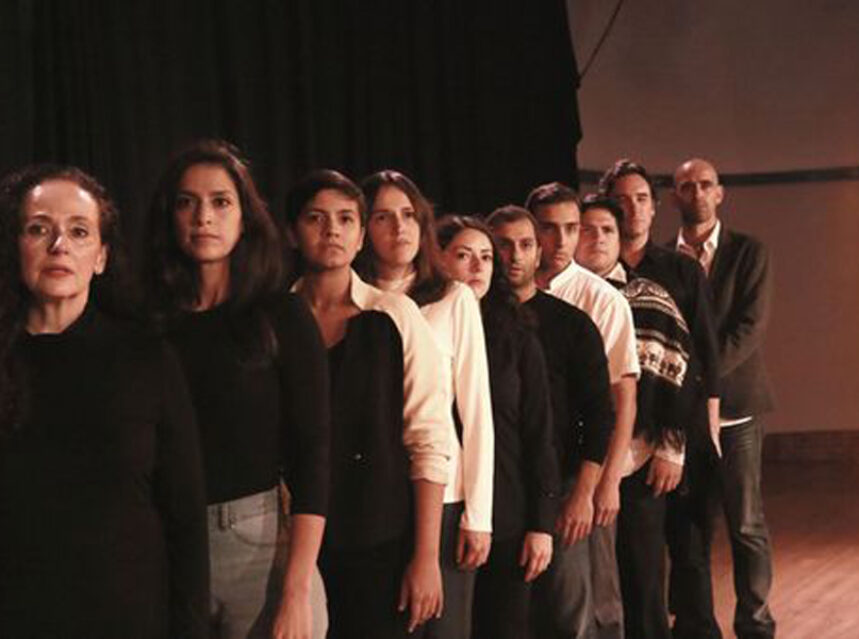 At first, I was somehow puzzled by the description of this play as a “dark comedy” in the press release I got by email. One can hardly think of any refugee situation as a subject of comedy. Then I had the occasion to speak with Pablo Diconca, one of the actors in “The Refugee Hotel” and what he says to me makes a lot of sense. “I know, it’s difficult to reconcile those two things, but in our culture (he is referring to the Latino culture, being himself of Uruguayan origin) humour is always present, even in the darkest moments. It’s inherent to our culture, and if used in an intelligent way it takes away solemnity. It makes the theme of the play truer.”

“The Refugee Hotel” is a play written by Carmen Aguirre, a playwright, author, and actress born in Chile, who arrived in Canada with her family, then refugees escaping the military dictatorship. At that time she was 6-year-old. The play tells the story of the first batch of Chilean refugees to arrive at a Vancouver hotel in 1974.

“The story takes place in a period of two weeks from the time of their arrival in Canada and describes the interactions between the father, the mother and their two children,” says Pablo. Regarding the underlying theme, he adds: “The mandate of the play is to display the humanity of the exiled people, their feelings, their doubts and questions.” He also points out to the poignant relevance of the refugee issue today in the world and how important it is that one sees that drama as one’s own. “Only ignorance makes people dismiss the case of refugees, we are all the same human beings,” says Pablo.

I ask him about his character in the play, “Fat” Jorge: “It’s funny because, in fact, I’m rather skinny… On the stage we’ll see Jorge growing within a great unknown, he was not as much engaged in the political struggle as his wife, but she did that secretly given the circumstances in Chile. He feels that he is not up to her standard of political idealism. He acts out by being funny, always making some jokes.”

The play is directed by Chilean-born Paulina Abarca-Cantin; for her, the play reflects the story of both her and Aguirre’s own families: “This production is rooted in an urgent need to play it forward for others; to express what a life-saving experience it was to find sanctuary in Canada.  ‘The Refugee Hotel’ speaks of resilience under extreme duress and the power of generosity towards others in dire need. I was drawn to the play for the way it renders the refugee experience wholly human while celebrating humour as a vital means of survival.”

“The Refugee Hotel” performed in English with Spanish subtitles, will be at the Segal Centre for Performing Arts, 5170 Côte Ste. Catherine Rd., from October 26 to November 13 (except Fridays). Tickets $18 to $26 (various discounts may apply: seniors, students, Segal subscribers, groups).  For detailed information, including a preview of the play go to www.teesriduniyatheatre.com