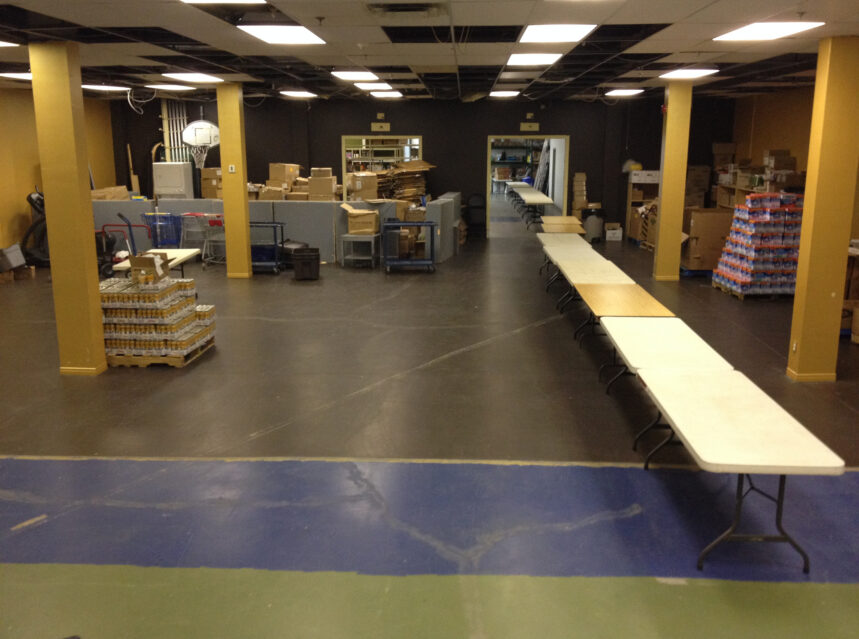 The second annual On Rock fundraiser takes place next Saturday, October 22 between 11am and 1pm. On Rock is a Montreal-based Community Service Centre that positively impacts the lives of hundreds of our neighbours on the West Island. On Rock’s community programs include a drop-in centre and food bank, school lunch programs, and community dinners—most of these programs are run entirely on volunteer power.

These same volunteers will act as the pick-up drivers on October 22, stopping at various locations around the city, as well as organizers at the drop-off facilities in Pierrefonds. Raid your cupboards for non-perishable food items! The upcoming food collection drive will help stock the shelves of the food bank. This food is distributed among the On Rock community members, and used for their organized community dinners.

Last year’s fundraiser brought in more than expected. On Rock hopes to top last year’s donations in order to feed more families than ever.

The individuals and families in need who benefit from On Rock’s services range greatly in age and personal situations. Mary Scott, a volunteer at On Rock, shared how the community service centre helped her and her family when she needed help most: “I am a cancer fighter, and when I couldn’t afford medication and had to make the difficult choice between food, shelter, or survival, On Rock made that time a little easier by providing me and my family with food baskets.” Mary Scott’s need was sudden and unexpected. No one can predict the onset of cancer, or the emotional and financial side effects. “I am college educated and had a great career,” she said. “This can happen to anyone.”

Montreal can pay it forward to families in need by donating to On Rock. There is no minimum donation—every little bit helps. While they hope to receive plenty of donations on the Saturday of the fundraiser, donations are welcome year-round.

With the help of the community, On Rock has the ability to change lives for the better. Learn more about how to donate at www.onrock.org or on the Facebook event page.

The latest blow On Rock Communities have is the repair of their truck – over $6,000. Please donate! https://pushpay.com/pay/onrock/aIsuwuUwjtwBtgMraOV-gQ