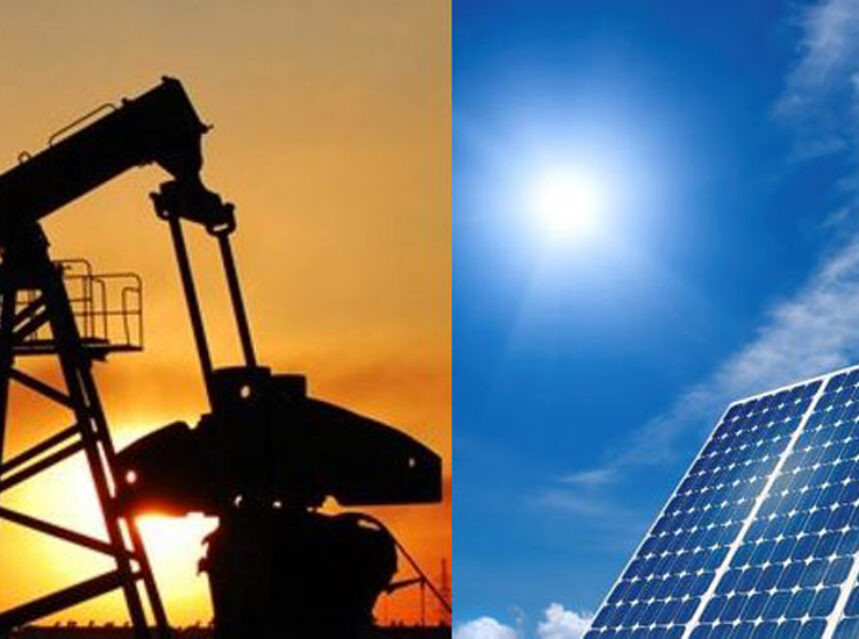 The human race is at a crossroad. We are at the intersection of renewable and non-renewable energy – and it is a slippery slope. It is a slope we have been climbing for decades as we feed our insatiable need for the energy and power to fuel our homes, vehicles and industries. And we are running out of resources and time. Solar power and oil are at the forefront of this junction, with other sources of energy becoming either too costly, impractical or with serious environmental impact.

Sources like Coal, used in the generation of electric power, is clearly limited and its days are counted – besides being one of the single-most harmful pollutants in our world. Resources are estimated to be at over 847 billion tonnes, but according to the World Coal Association at the rate of our current production and consumption levels – there is really just 118 years of coal electricity left at our disposal. And that can realistically become only 23 years with countries like China, India and the USA’s economies growing at their present rate and global population expected to rise to 9 billion by 2050. Demand will simply exceed resources.

Electricity from Wind Turbines, although a great advancement in renewable energy, require constant, expensive maintenance and are vulnerable to high winds and lightning. They also take up a lot of space – and generate a whole lot of noise. As far as electricity produced by Dams – they are extremely expensive to build (in the billions of dollars) and could take decades to construct, but once in operation they are very efficient and produce electricity at a very low cost. But there only so many rivers we could dam without causing irreversible environmental damage from the flooding and the millions of people who are displaced because of them.

Oil reserves are shrinking at an alarming rate. According to Industry experts, conventional global oil reserves have just enough to last until sometime near the mid 2050’s or sooner – but could be extended if we see an increase in alternate energy sources. At offshore sites and deep underground in rock formations there is still a substantial amount of oil left, but it needs a highly significant amount of energy and time to produce.

Searching for oil in the Arctic will take decades to find and develop – and will require a vast infrastructure to make possible. Unconventional resources such as the Tar Sands in Alberta are controversial in the least. Extraction and processing have been proving to be a serious threat to our environment – especially the ‘tailing ponds’ used to store the waste. It is also challenging to refine and the infrastructure needed to transport the bitumen is difficult, expensive – and protested by millions of people who don’t want the pipelines running anywhere near their land and homes because of the potential hazard from a rupture.

And then there is Hydraulic Fracking for oil – a process which involves drilling at least one mile down into the earth, then drilling horizontally into layers of shale rock. It is then injected with an extremely high-pressure mixture of water, sand and chemicals causing fissures in the rock that release gas and oil. The gases and oils are forced into the horizontal ‘wells’ and then flow up with the pressure of the water behind it.

Fracking is a very expensive operation, but became a viable source when the price of coventional oil went up. It also created less dependency on outside sources like Saudi Arabia and other Middle Eastern countries. But as the price of oil dropped it is now costing more to produce – and producers have to sell their output at a loss. More importantly, it is also proving to be dangerous.

Researchers at the University of Calgary have shown how earthquakes occurring in Northern Alberta over the past few years were caused by fracking. A new study published in the journal Science, shows a series of earthquakes that occurred in late 2014 – early 2015 in the Fox Creek region, where companies were drilling into the underground Duvernay shale formation. The largest, measuring between 4.2 and 4.8 on the Richter scale. The area has experienced hundreds of tremors since 2013.

David Eaton, a seismologist at the University has been studying earthquakes in the region for years. They used a mathematical algorithm to isolate and locate more than 900 earthquakes in the area. “That gave us the ability to image the fault structure… we could see that there were steeply dipping faults that extended from the injection level down into the Precambrian basement.”

Eaton said the quakes were caused by ‘stress changes on the rock from the pumping – when the pumping ended, the stress was reduced. But another other fault close to the site remained active for months.

It is a very scary thought to think we are literally making the earth shake with our practices. But perhaps there is a ray of ‘sunshine’:

Tesla, an American automaker and energy storage company recently announced a new Solar Roof Product, with the potential to shine a more positive light on our planet. The product is a roof tile made of a textured glass that looks just like ordinary shingles, but allow light to pass through onto a standard flat solar cell – which then transforms the light to produce enough electricity to power a home and an electric car. The new shingles will be expensive, at least when they first start producing them, costing close to twenty times more than standard asphalt shingles.

But Tesla claims the solar tiles will save money compared to installing a traditional roof – once you include the cost of buying electricity from the grid. The solar tiles, made of quartz, are apparently ‘tough as steel’ and can last a lifetime of abuse from the elements. They can also be ‘fitted with heating elements to melt snow in colder climates’.

“It’s never going to wear out,” CEO Elon Musk said. “It’s made of quartz. It has a quasi-infinite lifetime.”

Much of the cost savings he said will also come from shipping the materials. ‘Traditional roofing materials are brittle, heavy, and bulky. Shipping costs are high, as is the quantity lost to breakage. The new tempered-glass roof tiles weigh as little as a fifth of current products and are considerably easier to ship’.

If Tesla’s roof tiles prove to be as efficient as they say – and if the cost of Lithium-ion batteries that store solar energy continue to steadily drop, it could prove to be the brightest light. But energy from oil cannot be negated, at least not for now. Technological advances in renewable energy are more than promising, but until the products and infrastructure are in place we still need to power our world… while we navigate this slippery slope.