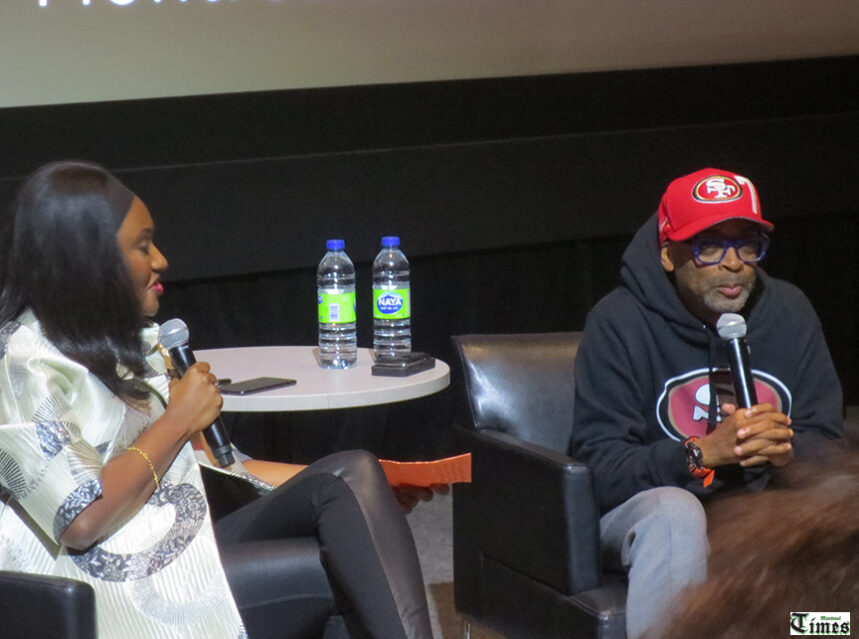 Acclaimed film director Spike Lee has been a life-long fan of Michael Jackson and his music. “His joy for life was demonstrated in his music and performing,” he said. “And in turn, he has had a lasting impact on a new generation of artists.”

Lee was in town on October 1 for a special screening to mark the Canadian premiere of his documentary “Michael Jackson’s Journey from Motown to Off the Wall”, as part of the 12th edition of the Montreal International Black Film Festival, and attracted a huge crowd that packed the Hall Theatre at Concordia University.

Through plenty of concert footage, TV appearances and interviews with many of Jackson’s contemporaries (i.e. Berry Gordy, Suzanne de Passe, Valerie Simpson), family members (brothers Marlon and Jackie), and some of today’s leading recording artists (i.e., John Legend, Pharrell Williams and even Kobe Bryant), Lee chronicles the crucial 10-year period from 1969 to 1979 when Michael Jackson transformed himself from the cute idol of millions of teenyboppers to the iconic King of Pop.

The second half of the documentary is dedicated to Jackson’s monumental 1979 album “Off the Wall” and through those interviews, concert footage and early music videos, gives a song-by-song examination of how and why “Off the Wall” was so important to the rock music world in general, and the future path of Jackson’s career in particular. It was amazing to see how many of the interviewees got giddy when they were discussing the songs, whether they had a role in its production or not, and how much they enjoyed listening to them when they were first released, as well as onto the present day.

Following the screening, Lee held a question and answer session with festival founder and president Fabienne Colas. Sporting San Francisco 49ers/Colin Kaepernick gear, Lee answered a steady stream of questions from the members of the packed crowd, ranging from Michael Jackson’s impact on pop music, how he put together the documentary, his life as a filmmaker, and even some current issues that are currently making the headlines.

Here is a sampling of what Lee said that night:

-On Donald Trump: “Right now, the election has gotten to the point where you have to flip a coin, and that’s scary. Can you imagine Trump with the nuclear codes? It’s more like WTF. This is a scary time right now in America.”

-On former Montreal Canadiens defenceman P.K. Subban: “Why did they trade my man? He was the face of the team. They should have traded him to the New York Rangers.”

As well, Lee revealed that he is currently working on a 10-episode series for Netflix based on one of his early films, “She’s Gotta Have It”, which follows the characters, and what has happened to them since the time of the film’s release. He also hinted about the possibility of a third documentary about Michael Jackson, which would deal with the story behind his legendary 1982 album “Thriller”.