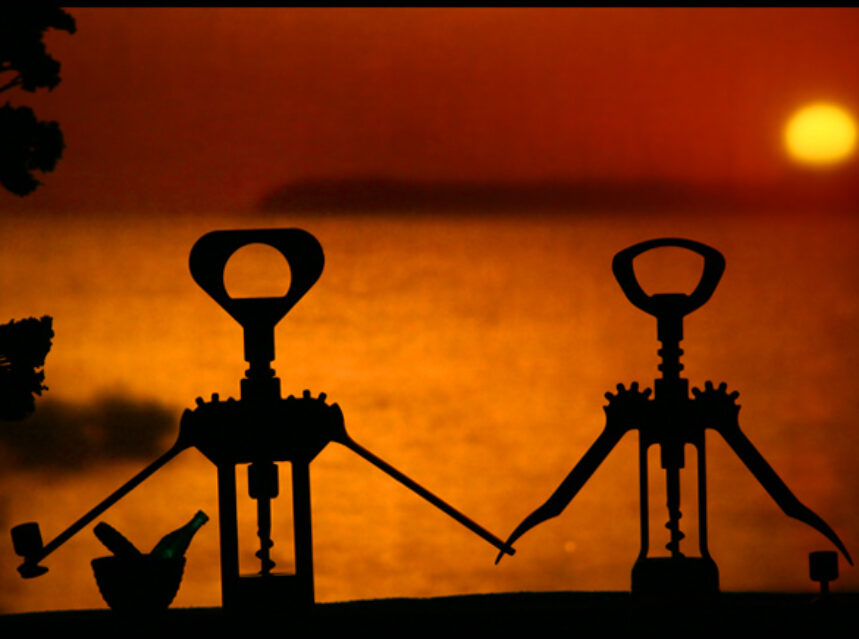 For this year St Valentine’s wine column, you are really going to score? Keeping that in my mind I have some great recommendations for you.  There is no better way to celebrate St. Valentines Day than with the person you love and some Southern Rhone wines. They are great affordable Rhone wine that have great ties to the day.

How is that, you may ask? Well, the history goes back to the lovely port town of Roquemaure, in the Southern Rhône near the city of Avignon. This place has a big tradition of winemaking and it used St. Valentine to save the town!

The Southern Rhone has been making wines since already a long time. This winemaking area was one of the first to step up the commercial wine enterprise business. In particular, Roquemaure and the neighbouring towns began branding their wine barrels with “CDR” for Côtes-du-Rhône as early as 1737 (200 years before the French quality pyramid appeared) to let wine lovers know that the origin and quality of the wine was remarkable. With an strategic situation for exporting (the town is right on the Rhône River) they did a profitable trade and got lots of kudos from their stamp.

Sadly though, the success from this area to spread far and wide and also was its road to perdition, Roquemaure’s location on the Rhône and its imports from America, especially from New York required a special assistance from St. Valentine.

As the tales goes, in 1862 a French wine trader received a shipment of American grapevines, which he proudly planted in his garden. In the course of a year, a strange thing started to happen to neighbouring vineyards — they were deadly sick and started to die. Why? Because those grapevines, carried a lethal bug that multiplied with alarming speed and poisoned the roots of European grapevines (different species from American ones), thus becoming a serial killer in fairly a short time. American vines are immune to this disease, called phylloxera, but the French aren’t and died nearly on the spot (this spread all over France and other parts of Europe, by the way. This makes me wonder sometimes why some french people hate Americans.

By 1868 Roquemaure, which its local economy relied big on wine, was affected by phylloxera and all the vines lay dead or were turning like zombies. People grew desperate. So they pulled out the big guns — a rich citizen in the town, Maximillen Richard, headed to Rome to see about buying some relics of a patron saint for protection.

After some heavy dealing, Richard returned with the relics of St. Valentine. Gradually the vineyards recovered and the townspeople fell in love with their guardian. Since 1989, on the Saturday and Sunday closest to Valentine’s Day, the town of Roquemaure hosts La Fête des Amoureux (the Festival of Lovers) to celebrate love and lovers alike.

This is a nice history and it makes a different change from the traditional or corny St-Valentine wine recommendation column. Hope you have a wonderful love day with your better half.

Full-bodied and fleshy with tasty, pulpy black fruit and notes of smoke. Love the price as well. Established in 1925, the Cave de Rasteau is one of the oldest wineries in the Rhone Valley. The wine end with notes of fruit cake spices and more dry black fruit. Have it with braised beef with carrots. The classic GSM blend of Grenache and Mourvèdre, and Syrah present here, with Syrah taking a more protagonist role than in the past.