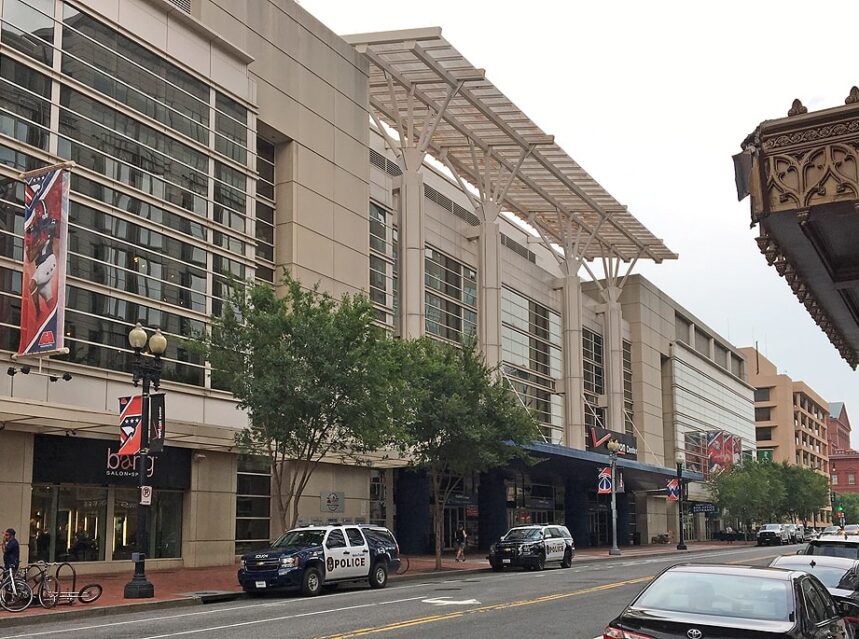 When no games or events are running in Capital One Arena, Ted Leonsis will partner with William Hill to open up a sportsbook, the first of this type in the United States.

Ted Leonsis, the owner of NBA, NHL, WNBA, and G League, introduces a new sportsbook in the Capital One Arena in Washington DC. The founder, chairman, and chief executive officer of Monumental Sports & Entertainment have figured out a way to connect a sportsbook with a venue, thus making a breakthrough in the world of sports with the first in-arena sportsbook.

William Hill is a company that has already made its impact on the world of sports in many countries. As Leonsis himself said in the interview with Dave Johnson, many young people already like sports betting and attend different online events connected to sports and games. However, they had to drive to West Virginia or Canada to play their favourite games until now. Of course, something like this well known online casino in Canada could be a great alternative. Still, Leonsis thought it was unsuitable for the fans, so he partnered with William Hill to make their second-largest betting sportsbook.

While sports betting is practically part of the culture in some European countries, like Great Britain and the Netherlands, it is still considered illegal in some States, like Massachusetts. However, things are slowly starting to change for the better. Gamification is something Leonsis mentions while talking about legalizing sports betting across the States. He thinks of this as a process (present in Europe) in which the culture of online sports is being introduced to the general public, meaning it becomes an essential part of it.

After the US Supreme Court struck down the Professional and Amateur Sports Protection Act a few years back, the 1992 federal law prohibited sports betting in all states outside Nevada. As a result, the Capital One location was the first-ever sportsbook within a sports complex in the US, and William Hill opened it.

Currently, no games are going on at the Arena, so Leonsis has created an entertainment space with 1,500 square feet of LED screens, a radio-television broadcast studio on the first floor, and a Jumbotron on the second level. The sportsbook includes two VIP areas and a large private dining and event space, in addition to 12 ticket windows and ten self-service kiosks. The Caesars Sportsbook, located inside the Arena – that Leonsis and his Monumental Sports company own – is the first sportsbook in the nation in an arena where professional sports get played.

As the primary author of this conceptual solution said, the audience shall be diverse, primarily young people already betting on sports. As technology becomes more available, Leonsis believes, the number of betting options will increase as well.

“We rent William Hill space in the building and sell them sponsorship, but in terms of what the odds are or who missed the foul shot and what does it do to the spread, we have no say in that,” Leonsis said and added that “the organization has been inoculated totally from what is happening in the gaming and the odds.”