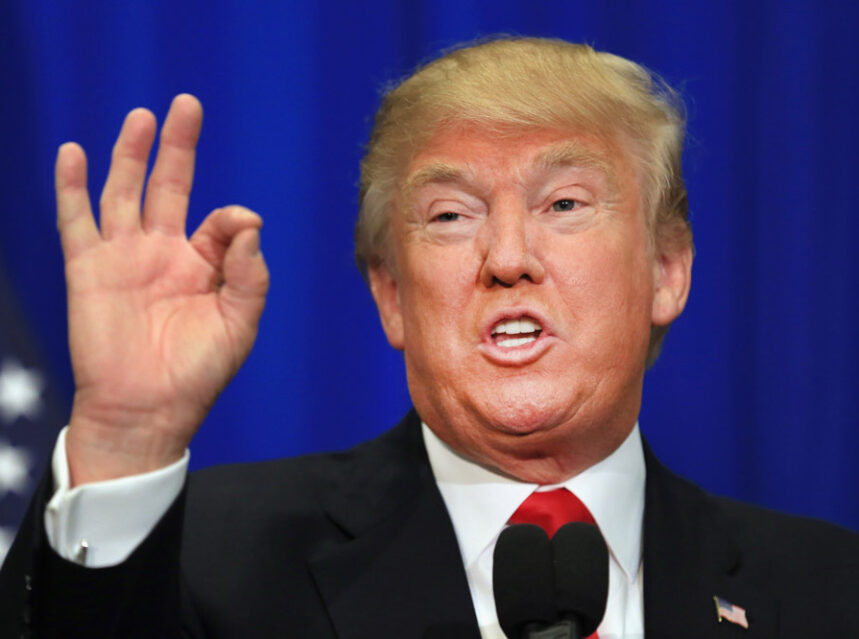 To borrow from The Gazette’s Terry Mosher, “Okay, everybody, take a valium.”

Time Magazine was not praising Donald Trump in making him “Person of the Year.” It’s not an accolade. It’s a simple designation that you might replace with, say, Newsmaker of the Year, as the Canadian edition of Time uses. No sooner was the announcement made that Person of the Year Trump would grace the cover of Time did everyone lose their… well, they all got their panties in a bunch, wondering how such an otherwise august outlet as Time could possibly honour such a buffoon as President-Elect Trump.

And, yes, I guess in a way Time is indeed honouring him inasmuch as it’s an an honour to be on the cover of Time (Trump, himself, said as much, reminding Matt Lauer that he’d been no the cover several times). But let’s face it, folks, there was no bigger news story in the past year or so then the American election specifically because Trump entered the race, ran, and won!

That said, how big an honour is it, really? When you consider that Trump is now in such dubious company as the Ayatollah Khomeini, Stalin, Hitler… and of course Secretariat the horse.

I’m not drawing a parallel between President-Elect Trump and those other purveyors of evil, nor am I suggesting, moreover, that Trump is one. I am also not suggesting that Trump is akin to either a horse, or any particular part of a horse. I’m just pointing out that Time, and other news magazines like it, make a point of featuring those individuals, or in some cases objects or concepts (as time did when they featured “The Protester” in 2011, “You” in 2006, “Endangered Earth” in 1988, and “The Computer” in 1982), who have become newsmakers for whatever reason. Fear and hatred for the Ayatollah galvanized the world after he perpetrated perhaps the first real large-scale Islamist threat to American in the 20th century, the Iran hostage crisis. Stalin and Hitler, two sides of the same murderous coin, with one on the books as the most evil human being of the 20th century, the lynchpin of the Second World War. And Secretariat, whom Time named Superhorse and, come to think of it, does indeed have a lot in common with Trump who, like the horse, surprised the heck out of everybody by not only running in the race, but winning by a nose! Trump, I mean. Not Secretariat.

You’d think President-Elect Smarmy Pants would be just as pleased with himself as he always seems to be to find himself on the cover of Time. But no. He managed to find something to be grumpy about. He took issue with the caption to his photo: President of the Divided States of America. His problem is that, to use his argument, he’s not the president yet, just the president-elect, and as such cannot lay claim to dividing America, even though the election, and his having run in it, was perhaps the most divisive thing American had ever been through since the Civil War. I suppose this is something we’re going to have to get used to, if we’re not used to it already: the man who will soon occupy the highest office in the land (yes, I know it’s not our land) is nothing but a big baby. And that baby is Time’s Person of the Year. He’ll get over it. And so will we.