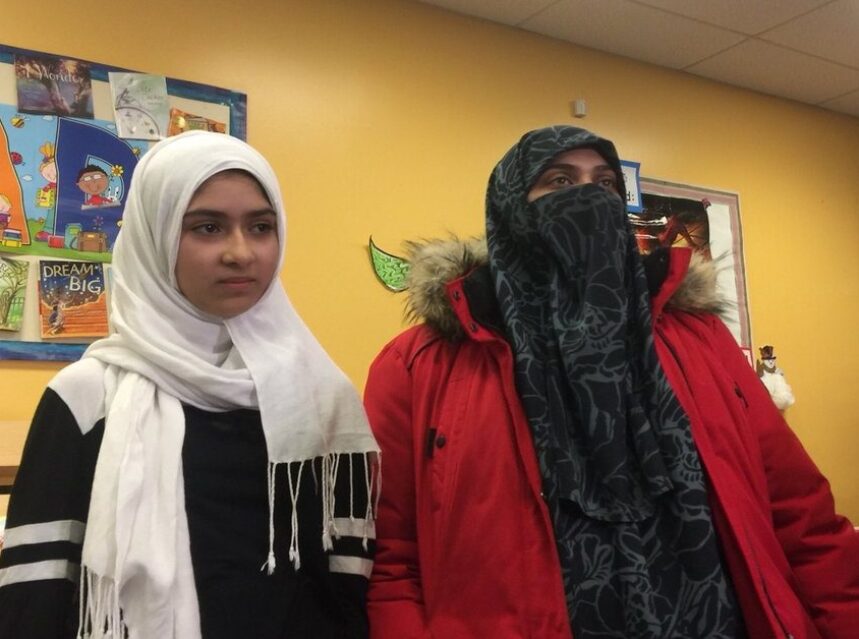 Toronto Man Pulls off Hijab – Earlier today, 11-year-old Khawlah Noman was going to school with her younger brother, Mohammad Zakariyya, 10, when a man pulled the hood of her winter jacket down. Underneath it, she was wearing a light blue hijab – the Asian man’s target. Khawlah said for the next 10 minutes, she was attacked twice by this man. After pulling her hood down, she said he cut her hijab from the bottom up.

The incident happened in a Scarborough neighbourhood near Birchmount Rd. and Sheppard Ave. E. and Toronto police are now investigating. The girl had been walking with a group of people but had fallen behind when her brother failed to make it across the street when the light had changed.

The man was smiling as he cut her hijab and once Khawlah got a good look at him and screamed, the attacker ran away. Khawlah then proceeded to quickly join the group of students ahead of her.

When Khawlah and her brother got to school, they discovered the bottom of her hijab had been cut by about 30 centimetres. Khawlah said she felt “confused”, “scared,” and “terrified” by the whole thing. Police are investigating this as a hate crime.

The incident has been very upsetting for her, her family, and many people, including politicians. The assault against Khawlah, a student at Pauline Johnson Junior Public School in Scarborough, is being condemned by leaders from all three levels of government as unrepresentative of Canadian values.

My heart goes out to Khawlah Noman following this morning’s cowardly attack on her in Toronto. Canada is an open and welcoming country, and incidents like this cannot be tolerated.

This is a cowardly act of hatred, and it has no place in Ontario. This does not represent who we are. We must stand firm in our support of this young girl who was assaulted simply for wearing a hijab.

I am shocked and appalled to learn a student wearing a hijab was assaulted on the way to school this morning in Scarborough. pic.twitter.com/E4xQZlmnkJ

To her attacker, Khawlah had this to say: “What you’re doing is very wrong, you should stop doing this…I’m a kid.”

Police are asking anyone who may have witnessed both incidents to come forward. Police are also canvassing the area and are looking for any surveillance footage of incident.