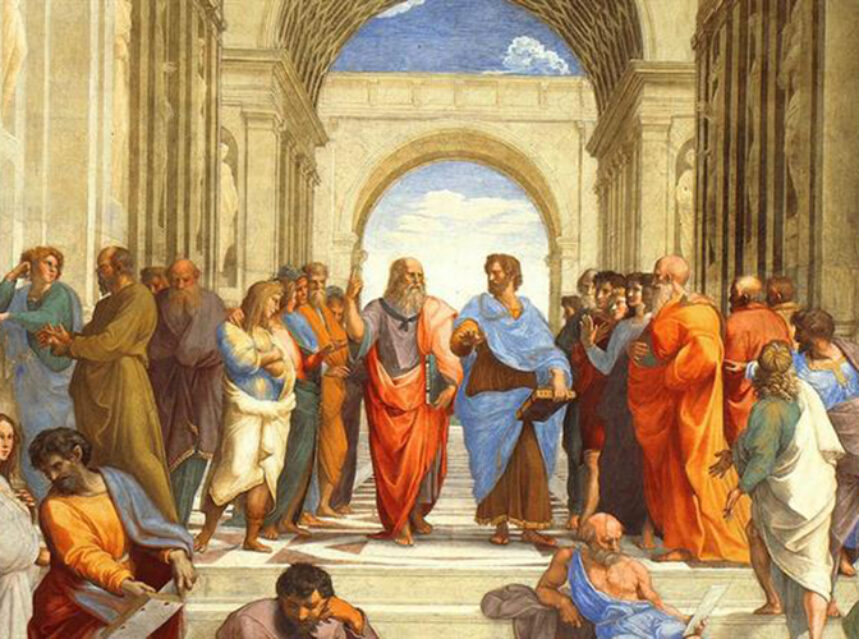 The year is coming to an end in just a few weeks and most likely very few knew that 2016 was dedicated by UNESCO (United Nations Educational, Scientific, and Cultural Organization) to the Greek philosopher Aristotle. The reason to pay tribute to this iconic thinker was that 2016 marked the 2400th anniversary of Aristotle’s birth (he was born in 384 B.C. and died in 322 B.C.).

But it is not only the marking of his birth what makes Aristotle’s life worth to remember more than two thousand years after his death.  One can say that his ideas have shaped much of the western thought.  From his metaphysical ideas adopted later by Christian theologians like Saint Thomas Aquinas, to his political ideas somehow present in the constitutional order of many modern nations (after all, at one point he was asked to write a constitution for Athens), to even his ideas about science, in fact he was one of the first to systematically write about the physical world, and he even anticipated the use of the scientific method of observation, as opposed to the pure rational way of philosophy. Of course one cannot forget the fellow thinkers in that classic period who also contributed to Western thought: Socrates and Plato; both preceded Aristotle and indeed they also influenced him, although Aristotle also rejected some of their ideas.

The Aristotelian concept of the Final Cause, a metaphysical concept by which an “Unmoved Mover” is the ultimate cause from which all other effects derive, came very handy for Christians (as it may also be for any other monotheistic religion) since it could be equated with God. Indeed this was used as an argument to “prove” the existence of God, a Final Cause, because if there were “nothing” at the beginning, well, then nothing would exist today.  Of course, the actual existence of the “Unmoved Mover” cannot be proven, and ultimately would have to be accepted in the lack of a better logical argument or simply out of faith, as indeed is for any religious person.

Aristotle was also a pioneer in the use of the scientific method, in the school he founded in Athens, the Lyceum, he promoted observational research. He wrote about science in his text “Physics” which dealt not only with what today is the subject of that particular science but indeed with biology and astronomy. He listed about 500 different species, and his geocentric model of the universe dominated western thought until debunked by Copernicus and Galileo. Of course, the fact that he was using a scientific method doesn’t guarantee to find truth. His geocentric model was wrong, and then his psychological notion that the heart was the centre of mental activity, especially emotions, was a mistake too. (The Aristotelian association of heart and emotion however still lives with us particularly in every Valentine’s Day, when hearts are depicted everywhere to symbolize love, in fact, the heart has nothing to do with that—it’s the brain the organ to bless or blame for our love fortunes or misfortunes).

In his “Nicomachean Ethics,” he outlines basic principles for what he called the “High-Minded Man”, among them the idea of the mean or middle ground. A high-minded claims what he deserves, neither more nor less. And something paramount to those who like to ask for favours, that’s a no-no for such highly ethical man. Indeed according to Aristotle, the high-minded man is prone to dispense favours but not to ask them, to ask for favour puts one in a position of inferiority, he argues.

Some would say today that some of his views are rather elitist. Most likely, if we judge them according to our standards. However, he could not be dismissed as a reactionary thinker either especially when examining his views on the economy.  In his text “Politics” he distinguished between “oikonomikos” or household trading which he approved of and considered essential for any society, and “chrematisike” or trade for profit, which he declared devoid of any virtue. Moreover, he called “parasites” those who engaged in such practices. Quite a subversive character this Aristotle!

There is no question then, coming to the end of this year dedicated to this great Greek philosopher, he gave some good arguments to many people in today’s world: a logical reasoning to explain God, a reminder of the importance of science, some guidelines about being ethical, and even some severe criticism of big business. Happy birthday Aristotle!