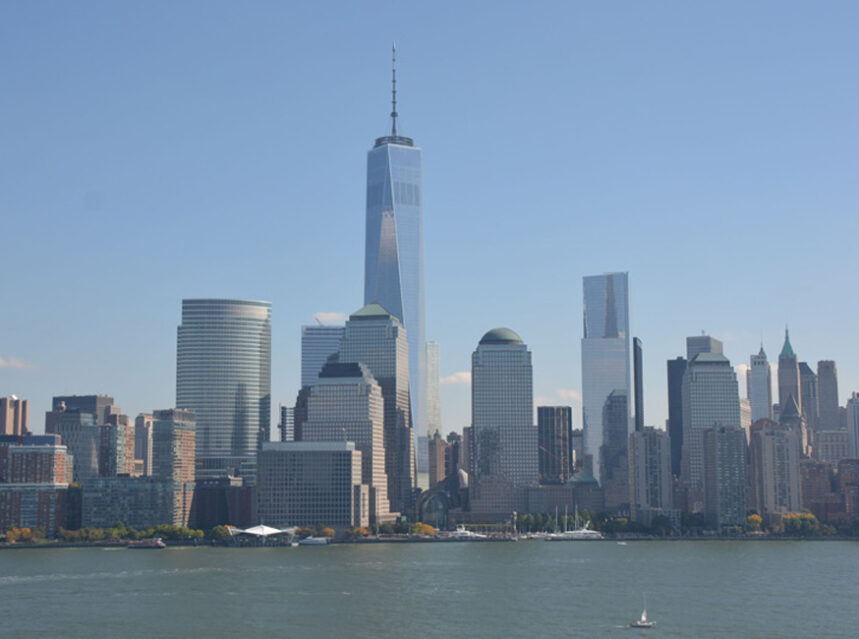 The recent bombings in New York will not prevent me from enjoying this wonderfully diverse and vibrant city!  Not one bit!

There is so much to take in, that return trips are a must. Great restaurants abound from the truly garish and touristy to off-the-top elite. I might also add that Manhattan is one of the cleanest cities to walk around in – and that includes some of the neighbourhoods that were once neglected and dangerous – like Hell’s Kitchen that has become very trendy with its sidewalk terraces and flea market! 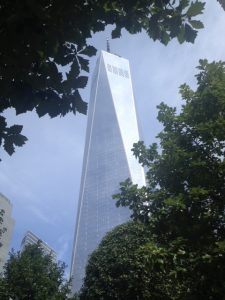 The best about New York is that on every visit, I discover something new – a nook of a restaurant, an off-Broadway play that I know is going to make it big time. (That’s where I originally saw Hamilton.) Recently, I discovered a super little restaurant called Joe Allen on West 46th. It is one of those ‘oh so New York’ kitchens that is downstairs, with brick walls, small tables with candles, and a bar. So romantic but also a place with theatre history. In the 60s, young actors making their way in the city would gather their on Friday evenings, order a glass of wine and a pizza, and wait for the papers to come out with shows that were auditioning. And…you could sit there until the early hours of the morning without being expected to leave – It has also become tradition to hang pictures of all the Broadway ‘flops’ on the walls, ever since the cast of Kelly gave the owner a picture because “they felt it should hang somewhere”. 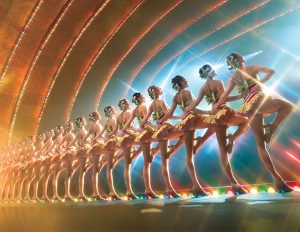 After numerous times visiting, I finally took a tour of two venues that most others have probably already been to.

The last time I was in the Radio City Music Hall  (6th ave. between 50th/49th) I was five years old, seeing a movie, and can only remember being told to keep quiet by a cantankerous gent sitting in front of me. Lost on me were the Rockettes, the outstanding art deco entrance way and grand hall, the art design of musicians on the wall paper, recently discovered during renovations, the statuary that in the early days was considered somewhat naughty, so much so, they were removed at one point. 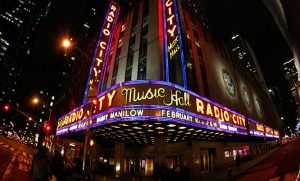 It is, indeed, the showplace of a grand city. It almost steals the show from the shows produced there! Donald Deskey’s masterpiece of American Modernist design received rave reviews when it first opened in 1927, and still does. The brainchild of John D. Rockefeller, the grande lady opened in the height of the Great Depression. It was felt that the people needed something to lift their spirits. Some would argue that at the time there were better things to spend money on, but nurturing the spirit is also important        in my humble opinion. 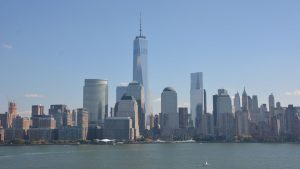 The tour is one of the best in New York. At the end of the one hour guided tour, including back stage, under the stage, rehearsal and dressing rooms, you are shown a short video about the growth of the building, and the entertainers who have graced the stage. Pictures and memorabilia adorn the walls: Meatball’s guitar, photos of all the artists and visitors to the Hall. You also get a Q&A with a Rockette. (We had a 13 year old in our group whose jaw dropped when she first walked into the room, high heels, feathers and all. “Does your mom know you come to work dressed like that!”) 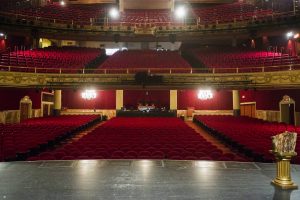 The Apollo (253 W 125th St), is another of the shining history gems in the city.  In Harlem, it’s a reminder of all the names that first appeared on Amateur Night and moved on to great things in life. Billy Mitchell takes you around the building that has become second home to him. Standing on stage he recounts how he was first hired as a runner for the groups rehearsing for shows – Ella Fitzgerald, James Brown, Louis Armstrong, Bill ‘Bojangles’ Armstrong, Bessie Smith, Count Bassie, Prince and the Jacksons, Mahalia Jackson, and the list goes on! Mitchell was only about 11 years old and knows more stories about the greats who graced the legendary stage than you’ll ever read in a book. He takes you to the small dressing rooms, Flip Wilson’s closet (there’s a story to that), shows you the signatures on the walls of all those who have entered the doors to sacred musical venue. When in the area, the Harlem Market, (52 W 116th St), is a must visit. You might even be there on a day that one of the local gospel choirs takes to the street in rousing song.

For those hankering for the glory days of the lounge bar of a hotel – The Warwick delivers! (Corner 6th and 54th.) Considered to be one of the most historic hotels in NYC, it was the hotel the Beatles stayed in on that first trip to the US and boasts photos of the Fab Four on the stair wall up to the second floor. Paul MacCartney still drops by for a casual drink and dinner at Randolf’s. Cary Grant was a ‘long term’ resident and Elvis Presley dropped by on occasion. Built by William Randolf Hearst in1926 for the love of his life, actress, Marion Davies, it is outstanding for a relaxing evening with meal or cocktail.

Manhattan…From the magnificence of One World Trade Centre soaring to the sky, to the narrow streets of the Village, the tenement buildings, the store fronts with ballet pointes in a kaleidoscope of colours, Times Square with its almost naked girls and hodge-podge of cartoon characters, gathering under the statue of George M. Cohan…it is the heartbeat of a nation of immigrants.