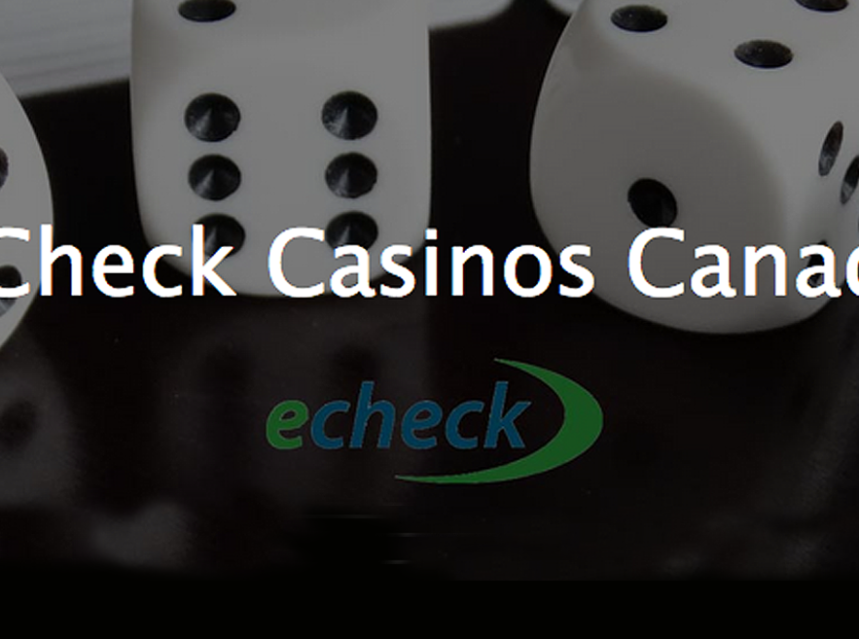 eCheck, or electronic Funds transfer, is the original online payment method detailed first in the United States Electronic Fund Transfer Act of 1978. It is referred as different things in various countries including eCheck in the US and Canada or as a bank transfer in the UK. The European Union countries often refer to it as Giro pay given the company used to authorize these transactions and is also referred to as an e-transfer in Canada, after the Interac branded electronic transfer.

Online casinos have used eCheck to allow players to deposit into their account since the earliest brands came online in the late nineties. Gaming Club and Instacasino, the two first online casinos established in 1997 and 1998 allowed electronic checks as a banning method. However, many things have changed over the last two decades and there are now many alternatives to eCheck.

Over the years there have been many online casino payment methods introduced. In 1999, Neteller launched in Canada and by 2000 was processing transactions of over 80% of all online gambling companies. Skrill entered the market in 2001 as a digital wallet to compete with Neteller and the two enjoyed the dominant market share for the next decade. Prepaid cards were also introduced in the early part of the 2000’s with Paysafe being the most popular and extensive one which started in Austria in 2000 and has grown to be used in over 40 countries. PayPal, the most popular e-wallet has had only limited success at online casinos due mostly to restrictions of it’s use for online gambling in countries like Canada, United States and Australia.

With the introduction and popularity of the mobile phone, the explosion of payment apps has become the hot new deposit method at online casinos. Companies like MuchBetter and ecoPayz have launched mobile-centric payments and, of course, Apple Pay is now accepted at many online casinos. Google Pay has not made any inroads into the market as of 2021.

With all these casino banking methods available, why are so many gamblers still using eCheck? For one, they are not in most countries. The United States banned online gambling transactions in 2006 while only recently allowing it to return on a state by state basis. Australia has also highly regulated the online casino market. In Canada, where online casinos that offer remote gambling are available, eCheck remains a highly popular choice.

The reason for the continued popularity of eCheck casinos remains due to the familiarity and security associated with the transactions. There is also less chance of the payment method getting regulated like credit cards have had done to them in the past.

Looking at a wide variety of online casinos and their affiliate sites, a survey shows that a vast majority of new casinos do not offer eCheck. However, the largest and most famous online casinos still do, at least in Canada. The Casino Rewards group of casinos that include Zodiac, Grand Mondial and Captain Cooks offer the method to their Canadian users. The other major group, Buffalo Partners, that includes Jackpot City, Spin Casino and the Gaming Club, are extremely popular online casinos accepting eCheck in Canada according to resources researched. Given these brands represent approximately 80% of all internet searches across the country, it is safe to assume that eCheck is still alive and well.

Looking forward to 2022, there seems to be the trend to more mobile real money casino payment apps coming to the market. Variety does not mean dominance, however, and the penetration into the market of these apps is still undetermined. Given its widespread usage at some of the Canada’s top online casinos, it appears that eCheck will spend at least another year as one of the most popular banking methods.