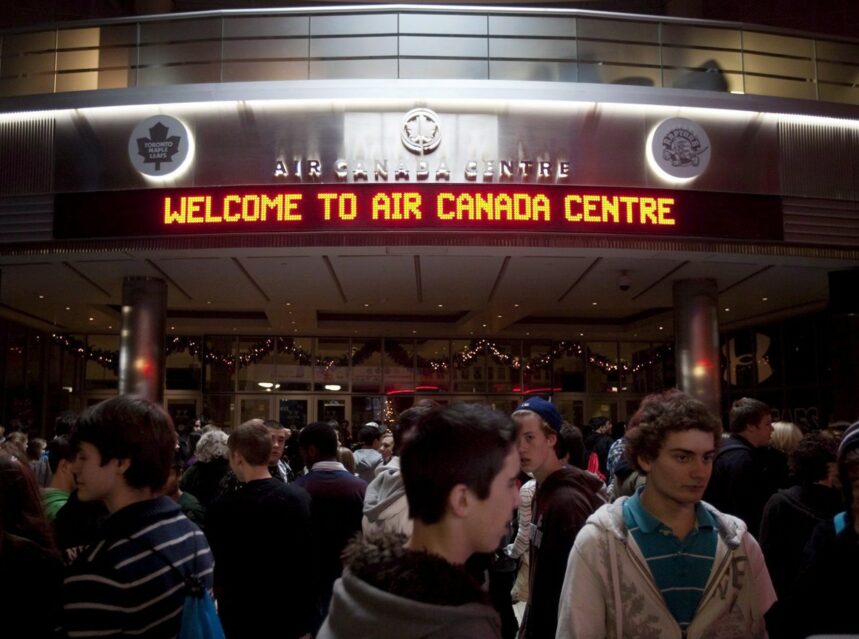 The Air Canada Centre, where hundreds of concerts, Maple Leafs and Raptors games take place, is changing its name.

MLSE announced that the arena will be named the Scotiabank Arena under a rights agreement finalized this week. The name will officially change in July 2018.

Several companies expressed interest in acquiring the naming rights from MLSE, but Scotiabank had provisions in its deal to take priority if they ever became available. Reports say Scotiabank will pay a total of $800 million over the course of the 20-year deal. Air Canada previously paid about $4 million per year for naming rights under an agreement that was struck in 1999 when the building first opened.

The building will continue to be known as Air Canada Centre throughout the coming NHL and NBA seasons.