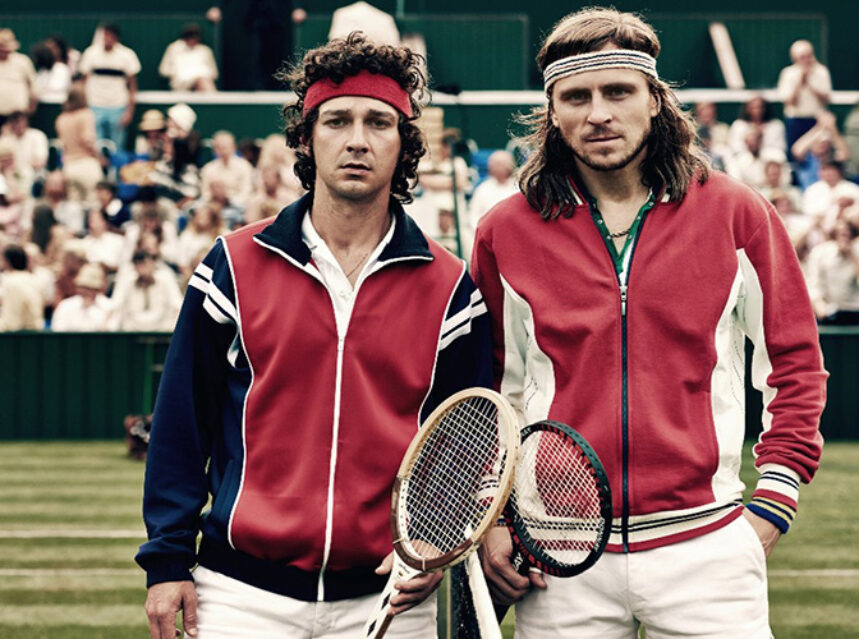 TIFF will serve up one of the most exciting duels in sports history to kick off the 42nd Toronto International Film Festival®. The World Premiere of Borg/McEnroe will be the Opening Night Gala film at Roy Thomson Hall on September 7. Directed by Janus Metz and written by Ronnie Sandahl, the film stars Shia LaBeouf, Sverrir Gudnason and Stellan Skarsgård.

“Borg/McEnroe has a powerful tension about it that is on par with the electric energy of Toronto on Opening Night,” said Piers Handling, Director and CEO of TIFF. “The story of this nail-biter matchup changed the sport of tennis forever, and the outstanding performances from LaBeouf and Gudnason will be a spectacular way for Festival-goers to kick things off.”

“Janus Metz’s Armadillo is a gripping war documentary that took home the Critics Week Grand Prize at Cannes. Amazingly, Metz brings that same urgent tension to Borg/McEnroe,” said Cameron Bailey, Artistic Director of TIFF. “The on-court scenes have the dynamism of a street battle, and the drama peels back layers from what we know about both players. This was more than a simple conflict pitting an icy European against an impulsive American. Audiences are in for one hell of a showdown.”

“I am extremely honoured by TIFF’s selection of Borg/McEnroe as the opening film,” said director Janus Metz. “It is a great celebration and recognition of everyone in the cast and crew who worked so hard to make this film what it is. We had very high ambitions for this project and have come such a long way together. I’m very excited that we can finally let the film out into the world, and I couldn’t dream of a better way of doing this.”

Borg/McEnroe tells the story of the epic rivalry between Swedish tennis legend Björn Borg (Sverrir Gudnason) and his greatest adversary, the brash American John McEnroe (Shia LaBeouf), which came to a head during the 1980 Wimbledon Championships.

Borg/McEnroe is produced by Jon Nohrstedt and Fredrik Wikström Nicastro, at SF Studios. The film is co-produced with Film I Väst, SVT, Nordisk Film, Sirena Film, SF Studios Production APS and Yellow Film & TV with support from the Swedish Film Institute, Nordisk Film & TV Fund, the Danish Film Institute, the Finnish Film Foundation, DR and YLE and co-founded by the European Union Creative Europe Media. NEON will be releasing the film in North America in 2018.

The 42nd Toronto International Film Festival runs from September 7 to 17, 2017.