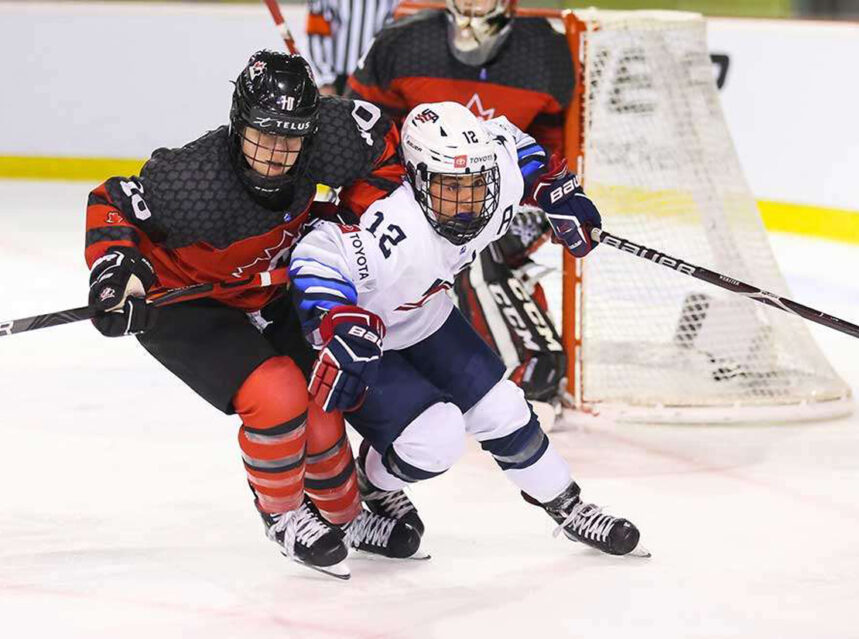 BRATISLAVA, Slovakia, January 3, 2020 – Despite a hard-fought 77-minute battle, Canada’s National Under-18 Women’s Team fell 2-1 in overtime to the United States in the gold medal game Thursday at the 2020 IIHF U18 Women’s World Championship.

The game (and tournament) was unavailable on a major TV network but millions in North America were still able to find a way stream it with over 11 million Canadians and Americans watching online without commentary. Both TSN and Sportsnet have been called out on social media by fans of women’s hockey.

Sarah Paul (West Kelowna, B.C./Pursuit of Excellence, CSSHL) had the lone tally for Canada, tying the game on a third-period power play off a feed from Ann-Frédérik Naud (Joliette, Que./John Abbott College, CEGEP).

“It’s a pretty tough loss, but it was inches and centimetres; I’m really proud of the whole team and the effort we put in to this week,” said Canadian captain Kendall Cooper (Burlington, Ont./Stoney Creek, PWHL). “I think it could have gone either way and it didn’t go our way today, but we’re going to continue to move forward and use the lessons we’ve learned over this last couple weeks and continue to improve.”

“Obviously its tough for us to leave here without the gold, but there’s a lot of really good things happening with this group,” said head coach Howie Draper (Edmonton/University of Alberta, CW). “The group really came together; they were a really tight-knit group and there was a tremendous amount of support around the dressing room. Ultimately, that was the most important thing – that we could come together and do some great things. If we did that we can’t lose, no matter what the end result.”

Ontario was well represented on Team Canada with 11 players on the squad including 3 players from the GTA: Lindsay Bochna from Toronto, Kendall Cooper from Burlington, and Tamara Giaquinto from Toronto. Also from Ontario are Grace Nelles from St. Anns, Sarah Thompson of Ottawa, Aly McLeod from Stratford, Nicole Gosling from London, Brianna Legros from Haileybury and goaltender Jessie McPherson from Chatham.

For more information on Hockey Canada and Canada’s National Women’s Under-18 Team, please visit HockeyCanada.ca, or follow along through social media on Facebook, Twitter, and Twitter.com/HC_Women.