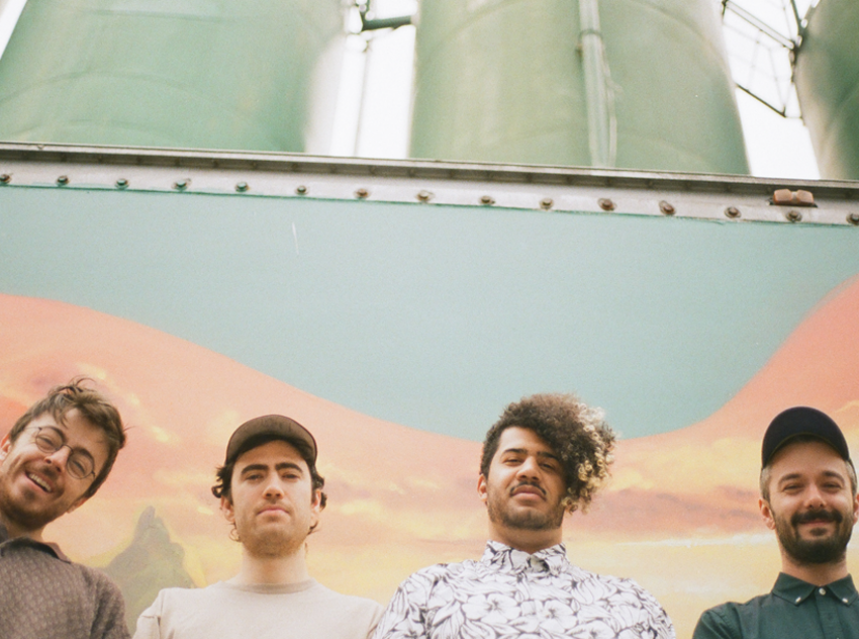 When Gulfer guitarist and vocalist Vincent Ford sets out to write a song, the words often come before the music and, even then the overarching meaning isn’t always clear until the song is complete. “Neighbours” – a frenzied and raucous one-off rife with technical flourishes out on Royal Mountain Records and Topshelf Records – is no different.

Ford says that the song was written specifically about processing his experiences with a loved one diagnosed with schizophrenia, but that he only realized when the song was done. Between its noodly, punchy transitions – a signature staple of the band’s songwriting – Ford explores what it must have been like to live with schizophrenia and not know it. Musically, “Neighbours” speaks to this mentally debilitating experience with tact and precision: frantic, stop-on-a-dime passages set a punkish, animated backdrop for Ford’s ruminations, giving him an appropriate setting to unpack his and his loved one’s experiences.

Gulfer are an explosive and agile quartet from Montreal, Canada. Songwriters Vincent Ford and Joe Therriault drive the band’s honest and vulnerable lyricism, sung in punkish, emo slants and backed with dexterous, technically proficient guitar playing. On their self-titled third record, released in 2020, the two shared the writing process in tackling themes of human nature, complex relationships, climate change, and the waning of youth.

Gulfer’s “Neighbours” is out now on Royal Mountain Records and Topshelf Records. You will find it available here.