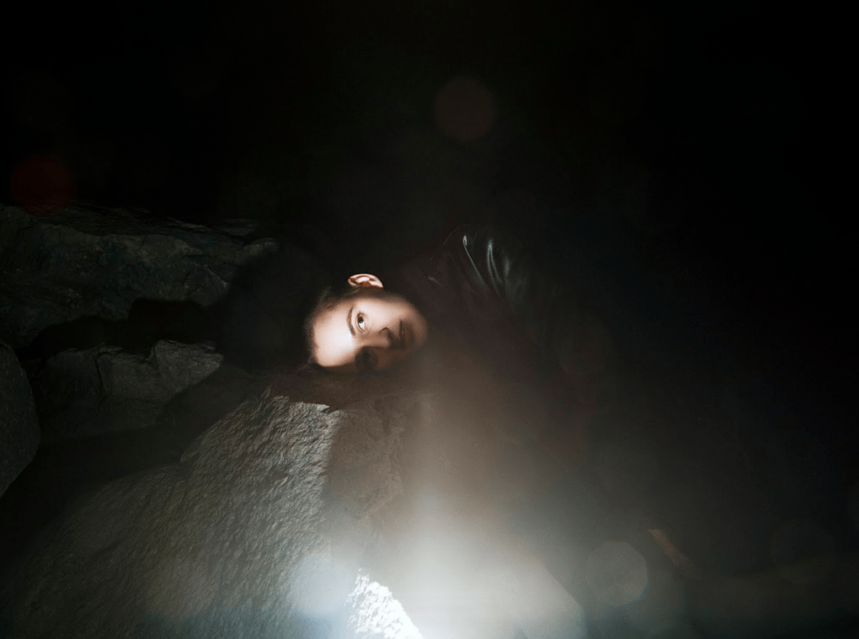 TORONTO, ON, Jan. 26, 2022 – What does it take to not only become unburdened by your past, but to embrace its many contours? Sister Ray, the project of Edmonton-born songwriter Ella Coyes (they/she), was conceived out of necessity; a self-designed vehicle built to examine trauma with unflinching honesty. Today, they are sharing their debut single, the raw and complex “Crucified” via their new label home, Royal Mountain Records, a track which came to fruition only after working with Toronto/Brooklyn-based producer duo, ginla (who just shared a collaboration with Adrianne Lenker of Big Thief).

Armed with a voice that soars and scrapes in equal measure, Coyes converts first-person recollections of big, complicated love into universally potent allegories, and the result is an unyielding, spacious, and commanding form of indie rock, rooted in the folk tradition, that transforms unvarnished, interior reflections into a generous public offering.

“I wrote this song over three years, with each part coming together through improvisation when playing live, and it feels like it continued to appear more and more each time I played it,” explains Coyes. ,It very much moves with its arrangement, as in A, B, and C, and I wanted it to feel close and zoom out into a bigger landscape. It starts in such a close moment and works its way back, allowing a bigger picture of a person and the flaws that arise as we know and see more of someone.” says Coyes.

Born and raised on the expansive prairies of Sturgeon County, Sister Ray’s music is steeped in a wide range of cultural influences. With gospel bluegrass and 90’s country playing in the background of their youth, it was the traditional Métis music played at home that not only brought them closer to their heritage, but taught them a form of storytelling rooted in collective value, resilience, and safety.

Through the existential questions that came with examining contradictory identities, Coyes came to understand music’s ability to archive personal histories while also unpacking overwhelming emotions with the support of a community.

As their taste evolved, Coyes began to devour music across all genres, obsessing over the songwriting of Loudon Wainwright III, the eerie space of Do Make Say Think, the hard hitting hooks of mid-western emo like American Football, and the ascending vocals of Jeff Buckley.

Walking on stage armed with only the shape of a song in hand, and an experience they wanted to memorialize, Coyes engineered a style of “conversational” music.

Through improvised sets and repetition that relied on feedback from the audience to guide the direction of the show, Sister Ray invited their music to evolve — writing songs that touched on generational trauma and interpersonal violence, with lyrics that dissected guilt, obligations, and freedom as a way to heal from the inside out.

“I feel like the music exists in its truest form when it’s being witnessed,” Coyes says. “The witnesses are participants in revealing what’s being communicated.”

“Crucified” is out now on Royal Mountain Records. You can listen to it here.