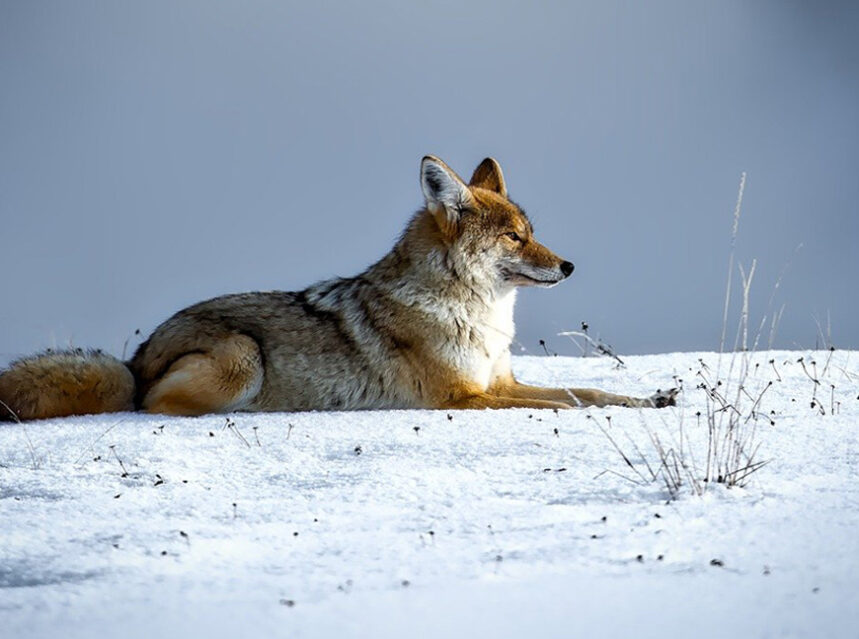 TORONTO, ON, January 14, 2022 – The City of Toronto issued a press statement today asking residents not to feed wildlife after receiving numerous reports that people have been leaving food out in Colonel Samuel Smith Park. The park is located in South Etobicoke along Lake Ontario and is home to numerous wildlife.

The City warns that “feeding coyotes and wild animals increases their presence and causes them to lose their fear of people, creating problems for both the wildlife and our neighbourhoods.”

In 2021, the City of Toronto received more than 3,600 reports about coyote sightings in Toronto. Most interactions with coyotes were the result of a nearby, regular food source, primarily intentional feeding by people.

To minimize negative encounters with coyotes, residents should remember the following:

The City news release wants to reaffirm that “coyotes are a natural part of the urban landscape in Toronto and an important part of the ecosystem, as they control rodent and rabbit populations. It is normal to see coyotes during winter, particularly near parks and ravines, as they are not hidden by foliage. Coyote mating season also falls during January and February, leading to coyotes being more active and visible.”

If you encounter a coyote, these are the steps you can take to protect yourself and your pets:

The City says “coyotes generally do not pose a danger to people but can pose a danger to pets; it is not uncommon for coyotes to injure or kill cats and small dogs. Residents living near green spaces, ravines and other areas where coyotes exist, should always supervise their pets. Cats should be kept indoors, and dogs should only be allowed off-leash in designated dog-off-leash areas. Stay close to your dog and ensure they respond well to voice commands.”

The City of Toronto’s coyote response strategy includes public education, bylaws that prohibit the feeding of wildlife, and criteria for the removal of coyotes, if necessary. To educate residents about urban coyote behaviour, the City has also partnered with Coyote Watch Canada, to develop an e-learning module: Coyotes in the Urban Landscape. This module includes tips to reduce negative encounters with coyotes and keep pets safe, so that residents, pets and wildlife can co-exist in harmony in Toronto.

An attack or bite on another animal is not grounds for removal.

Where a coyote is injured or sick, Toronto Animal Services will investigate to determine whether the coyote can recover on its own or needs to be captured and brought to a wildlife rehabilitation facility. In accordance with the Fish and Wildlife Conservation Act, the coyote will be placed back into the area from which it was captured when it has recovered.

If you see someone feeding a coyote what should you do?

Toronto residents who see someone feeding a coyote should contact 311, as it is against City bylaws. The Parks Bylaw states that while in a park, no person shall feed or attempt to feed or deposit food for consumption by wildlife. The fine for this offence is $365. Coyote sightings can be reported to Toronto Animal Services by calling 416-338-PAWS (7297) or emailing animalservices@toronto.ca.

More information on the City of Toronto’s coyote response, as well as the Coyotes in the Urban Landscape e-learning module are available at here.