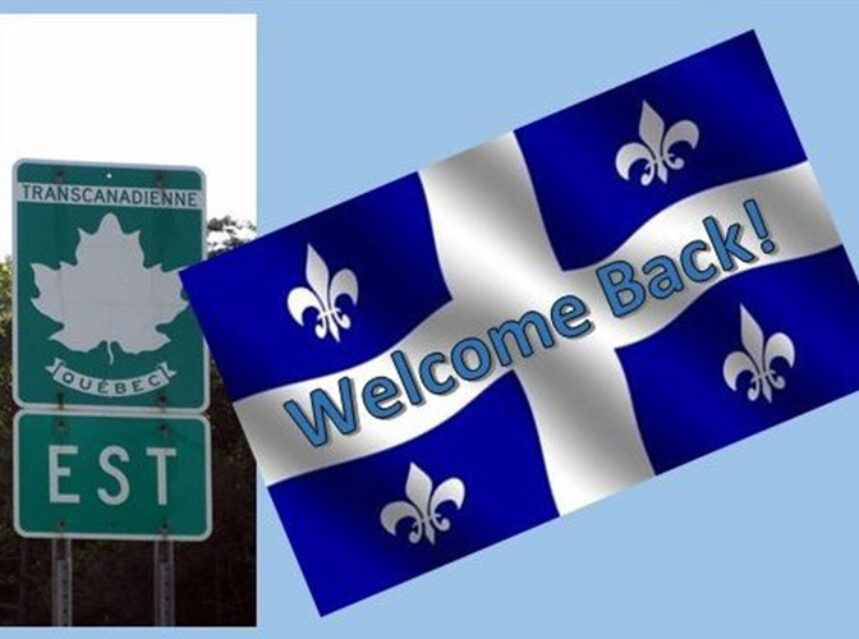 Ex-Quebecers – At Quebec’s Liberal Party youth wing convention last August, Premier Philippe Couillard reached out to English-speaking Ex-Quebecers, those who fled the province since the ‘Quiet Revolution’ and its subsequent upheavals. Over the years, especially with Bill 101 – the Trans Canada Hwy 401 West slowly became an ‘Anglo In Exile’ route. And now Couillard has a dream, he wants them to come back.

Since the 1970’s, an estimated 500,000 Anglophones fled Quebec to other provinces, especially to Toronto, Ontario. Many also fled south to the US, all leaving behind family and friends, all taking their hopes and dreams – and their businesses with them.

The Premier’s plea for their return, ‘We need you for a better future for all Quebecers… this is the moment to come back and build Quebec, the new Quebec with us’, was met with not-so subtle laughter, echoing right down Hwy 401. And more recently in the National Assembly, with Ontario Premier Kathleen Wynne present, Couillard again appealed directly to Anglophones – both inside and outside Quebec. “It is high time that English speaking Quebecers feel truly at home… and to those English speaking Quebecers who live in Toronto and elsewhere in Canada, proudly wearing Montreal Canadien jerseys for game nights… I say it’s time if you want, to come home to Quebec, let me just say you are wanted and will be warmly welcome,” he said, with his comment on the Habs jerseys garnering the most applause in the house.

He was not that far off the mark this time – perhaps Couillard’s dream is not so far-fetched?

In fact, and although Quebec’s Anglos need to maintain constant vigilance in the fight for their rights – and despite the ‘language police’ and repetitive calls for a referendum on sovereignty, the English speaking community is still an integral part of the province’s identity and is stronger than one might otherwise think. The younger, globalized Francophone generation recognizes this and many barriers between the ‘two solitudes’ have been coming down – to the benefit of both.

La Presse newspaper recently published a story the ‘Anglo Quebecois in Exile’. In the article they say the Anglo community has seen a ‘slight but steady increase since the 1980s, based on Statistics Canada indicators such as mother tongue or first official language spoken’.

As well, many people including Sylvia Martin-Laforge, Director-General of the QCGN (Quebec Community Groups Network) believe that ‘the context is favorable to an increase in Anglophone immigration in Quebec’. And after 40 years since the adoption of Bill 101, ‘the situation is not perfect, but linguistic debates are no longer as acrimonious as in the 1970s’.

The article also points out that ‘the Parti Québécois is not in power, the sovereigntist option has lost support and its leader, Jean-François Lisée, promised a first PQ mandate without a referendum’. All good points – that is until a motion put forth at the party’s annual policy convention a few weeks ago. The PQ proposed ‘gradually reducing funding to English Cegeps to the same demographic weight that Anglophones have in Quebec’.

They basically suggested extending Bill 101 to English Cegeps and although the odds of the PQ winning the next election in 2018 appear quite remote at this time, it has still opened up old wounds – and continues to make the dream for a return of the ‘Anglo in Exile’ just that, a dream. At least for now.

Do you think the time is right for Anglo Ex-Quebecers to come back home? Do you believe things have changed for the better?