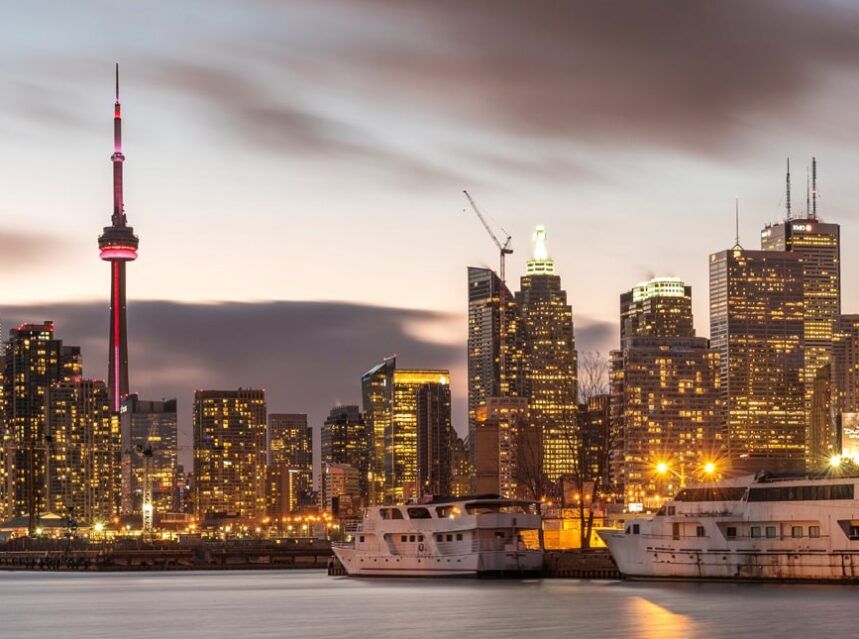 To get a good feel for the way of life in the planet’s 2nd biggest and most diverse nation, visit Toronto, Canada’s largest metropolis, which is home to an intriguing history and an endless supply of things to see and do. You are guaranteed to have an unforgettable experience if you’re able to make it there. If you’re looking for something fun to do in Toronto, look no further. Canada’s largest city has an overwhelming number of options. Also, let’s root for the Toronto Maple Leafs!

There’s a plethora of fun things people can do and interesting places for anyone to visit while exploring the beautiful city of Toronto. It truly is one of the greatest cities in the world and is a popular destination for travellers from all around the globe.

Whether you’re looking to indulge in Canadian traditions and try out some of Canada’s world-famous cuisines, or if you want to be blown away by some of its natural wonders like the abundant freshwater lakes, forests, waterfalls and gently rolling pastoral lands that surround the cities, covering an abundance of natural land.

Here are just a minutia things to help travellers planning on visiting the beautiful city of Toronto and to give readers an idea on what to expect if they were to visit such a renowned city.

It’s time to brush up on your poker knowledge and baccarat strategy because in Toronto you’re going to come across an array of casinos which are unmissable if you’re into the world of gambling. You’ll be able to play a wide range of slot games with both new and vintage themes, whether you prefer electronic or live table games.

Try your hand at the wheel before or after the race. The Woodbine Casino, which is situated just at Woodbine Racetrack, is often the first stop on your thrilling Toronto vacation.

Toronto’s local craft brewery market is booming, and this west end brewery is a locals’ favourite pick. It’s always a worthy visit since the terrace at Bellwoods Brewery is usually bustling on a warm Toronto summer day. Make the most of your time in Toronto by enjoying one of the benches for picnics and sipping on a refreshing India Pale Ale.

Located in the heart of the Toronto’s west end at 124 Ossington Ave., this award-winning brewpub is both cozy and hospitable. Beer names like the outstanding ‘Witchshark'(Imperial IPA), ‘Grandma’ (Golden Sour Ale) and ‘Jelly King’ (dry hopped sour) hint at just how funky the atmosphere is at this toronto brew pub. Oh yeah it also has an inviting patio!

As much as three quarters of a million gallons of fresh water plummet from over the breathtaking top of Niagara Falls every second, the highest and most picturesque waterfalls in North America. But there is much more to see and do in the Niagara area, which is only just over an hour drive from Toronto.

With 300 kilometres of bike routes, including a scenic trail along the Niagara river, and self-guided cycling excursions, there’s something for everyone to enjoy whether it’s taking in the view from above or getting some exercise.

The Trek nearby on the Canadian side of the falls, begins with a 38-metre-descent into the earth’s crust in an elevator that brings you directly up to the waterfall’s curtains, is another amazing experience not far from Toronto.

Or hop on a helicopter and enjoy a bucket list experience taking in the falls from above.

You can also visit the surrounding wineries for a more subdued experience. Niagara and the adjacent historical town of Niagara-On-The-Lake combine for two spectacular wine regions with grape vines stretching as far as the eyes can see. Winery tours are super popular in this area, especially for those looking to escape the hustle and bustle of Lundy’s Lane and Niagara’s popular casinos.

Niagara-on-the-Lake is also home to the Shaw Theatre Festival as well as an abundance of great dining spots and romantic historical boutique hotels.

Other Things To Do In Toronto

Of course there are hundreds of other really fun things you can see and do in Toronto, from taking in a musical, concert or art exhibition to visiting Canada’s Wonderland, Ripley’s Aquarium, the Toronto Zoo, CN Tower or a fairy tale castle – Casa Loma. And let’s not forget, there is almost always a big league sporting event happening, from the Raptors and Maple Leafs to the Blue Jays, Argos and Toronto FC, Canada’s largest city has you covered.