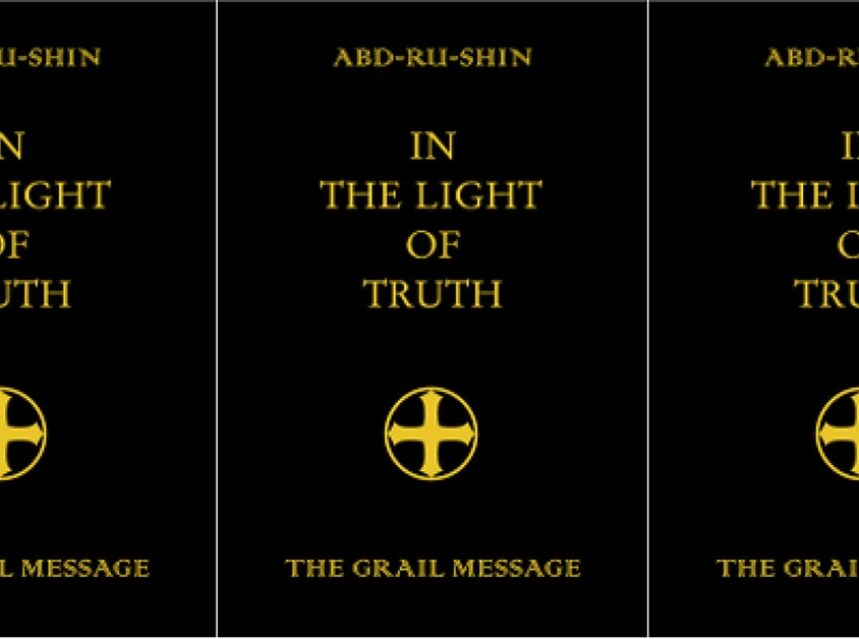 The three volumes of In the Light of Truth contain a total of 168 lectures whose contents build, one part upon another, to form a picture of Creation in entirety. The Author’s all-embracing view is based on well-known natural laws, which reveal the hidden connections of our existence and offer valuable guidance for the journey through life. The lectures assembled in these three volumes were written and developed by the Author, Abd-ru-shin, between the years 1923 and 1938.

In the Light of Truth is known throughout the world for its conclusive answers to the great questions of humanity, for instance, concerning the meaning of life, justice, fate and why we live after death. Written originally in German, it is translated into 23 living languages and is available world-wide.

Abd-ru-shin’s aim is to bring readers closer to true life; he offers valuable stimuli for the development of their own personality and leads them on a path of recognition, to the awareness of God. The collected lectures of In the Light of Truth are intended to serve as “torch and staff” on this journey through life, independent of a person’s religious or denominational affiliation. The Author sought neither to found a new religion nor a sect.

Rather, in all simplicity, his explanations build on the basis of these recognizable natural laws, which have effect on the physical world and external life just as they affect the spiritual realm and inner life. Addressing human experience, they point to our shortcomings and veiled deficiencies, as well as our abilities and untapped potential and the many opportunities offered daily for spiritual progress. Readers can recognize the content of the lectures in their own life and find the truth therein. Thus personal experience is combined with logical conclusions to form a comprehensive, whole world-view in which there is no separation between the scientific and spiritual search for truth.

In the Light of Truth bears the subtitle “Grail Message.” Today, the term “grail” is normally associated with some unattainable quest for the highest height of perfection in life, and visions handed down through myths, legends and especially works of art. Abd-ru-shin, however, makes it clear that these depictions are based on a reality – one that is central to the existence and preservation of all Creation.

It is a clear path drawn by the Work In the Light of Truth, which has nothing to do with mysticism or esoteric abilities, but – like the original message of Jesus – places considerable demands on the individual human being. For not only must independent, unassuming, objective perceiving and thinking be exercised, but rather, above all, the “firm desire for the good”. This process of working on oneself and striving for the benefit of our neighbour leads to spiritual maturity. The following are some of the many concerns for which In the Light of Truth offers answers:

In the Light of Truth