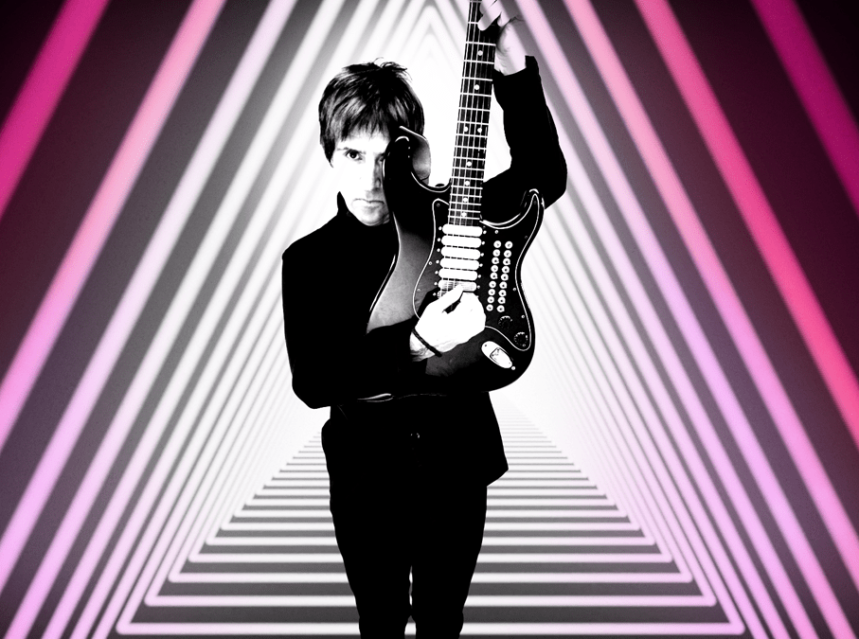 Watch the official music video for ‘Night and Day’ HERE.

Featuring backing vocals and bass from Primal Scream’s Simone Marie, ‘Night and Day’ encapsulates the confusion, the torpor and the entropy of the way we’ve all been living.

Speaking about the new single, Johnny said: “I need songs after all the news, news, news. It gets too real in the hotspots.” Most importantly, ‘Night and Day’ and the themes of ‘Fever Dreams Pts 1-4’ also look to the future, and the idea that even in the most trying times, hope endures. “I’m trying to be positive, for me and my audience, really,” Johnny adds.

“My personality is such that it occurs to me to think that way. I’m not just writing with positivity for the sake of a song. It’s real, and it’s also very necessary,” said Marr.

The EP will be released on limited edition gold vinyl on May 20th, pre-order HERE.

Early previews of ‘Fever Dreams Pts 1-4’ have been met with widespread acclaim. New single ‘Sensory Street’ has been a mainstay on the BBC Radio 6 Music A-List, the album’s electro-soul opener ‘Spirit, Power and Soul’ was also playlisted by 6 Music and BBC Radio 2, described as “his strongest solo composition yet” by the Evening Standard, “an exercise in progressive creative ambition” by DIY, “invigorating” by Uncut, with “defiance in its DNA” by CLASH and simply “banging” by The Telegraph.

‘Fever Dreams Pt 2’ has seen Johnny heralded as “a master songwriter” by The i Newspaper and, “a project unlike anything he’s done before” by Music Week.

2022 will see Johnny Marr return to the live stage, joining Blondie as a special guest on their ‘Against The Odds’ headline tour through April and May, including London’s O2 Arena, before heading out on The Killers’ headline US arena tour, beginning in August through to October.

‘Fever Dreams Pts 1-4’ will be available on CD and double vinyl with the official store offering exclusive limited edition white vinyl and cassettes, alongside merch bundles with signed prints.

9. The Speed of Love