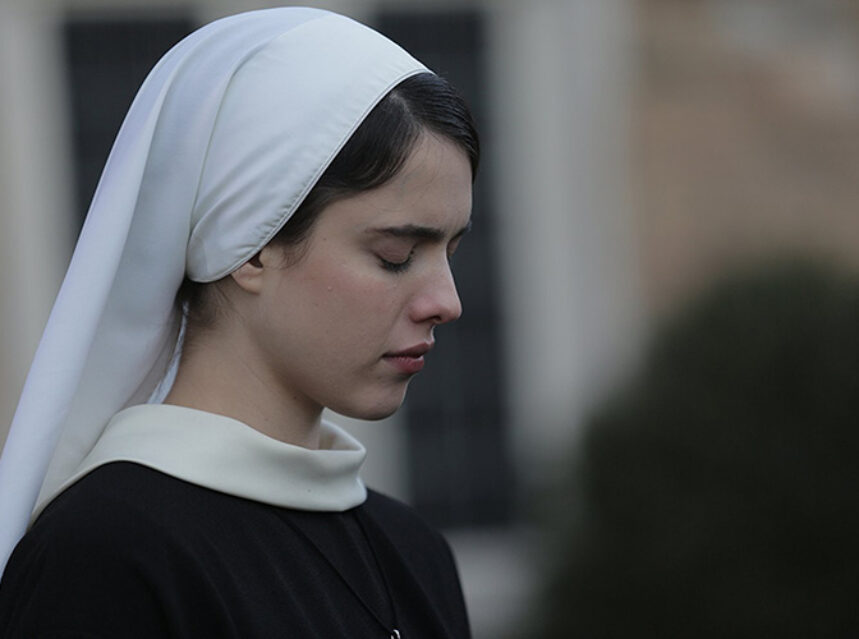 NOVITIATE – Cathleen (Margaret Qualley) found out early in her life the vocation to be a nun, something somewhat unusual for a girl who had been raised in a not particularly religious family. At first her mother didn’t take Cathleen’s decision to enter a convent very seriously, but eventually, she came to accept it.

The movie is set in the late 1950s and early 1960s, and while some of the other novices would find it difficult to adapt to the rigorous discipline of the convent, Cathleen would get along well with the strict rules of the institution. Mother Superior (Melissa Leo) makes sure that all the strict rules, from the times of total silence to the way the rituals should be observed, are followed without the slight deviance. Unfortunately for the Reverend Mother things start to change in the Church as a result of the Vatican Council called by Pope John XXIII. It would eventually take the intervention of Archbishop McCarthy (Denis O’Hare) to bring the conservative Mother Superior to accept and implement the changes that the Council in Rome has decreed, including the authorization for nuns not to wear their traditional and distinct attires anymore.

“Novitiate” is a film with an interesting theme, the impact of a changing Catholic Church on their rank and file, especially in this case, on this female contingent. However, Margaret Betts—director and writer of the movie— fails to focus on the issues at hand. Cathleen remains the main character, but some of her changes are not consistent with her previous behaviour, especially the relationship she develops with another of the novices. At times the focus of the movie seems to be lost and some scenes are not justified and seem incoherent, for instance, the shocking appearance of an older nun during lunch, or some extended scenes in which some repressed erotic manifestations seem to appear without a consistent follow up in the story. It is not clear either, whether at the end Margaret Betts is celebrating the aggiornamento brought by the Vatican Council to the lives of nuns, or blaming it for the departure of too many sisters after the 1960s.

“Novitiate” may be of interest to viewers who want to see some of the practices of the Catholic Church before the Vatican Council, and to those with interest in how a young girl develops a religious vocation. Besides, at 123 minutes long, the movie may have benefitted from the editing of some unnecessary scenes.