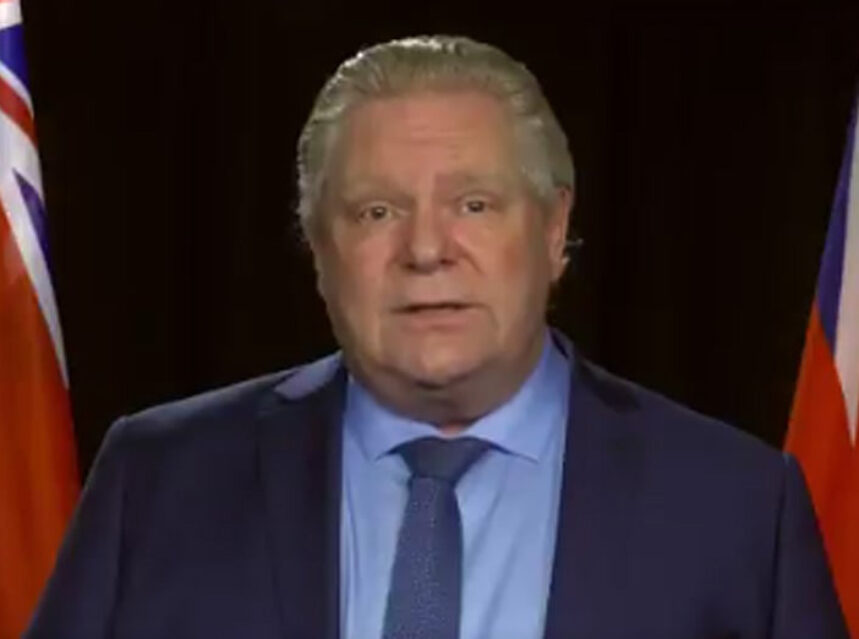 According to multiple sources including CTV News, at 2 pm today, the Government of Ontario will be announcing another province-wide, four week stay-at-home order today, and issuing a third state-of-emergency going into effect on Thursday, April 8 at 12:01 pm.

If this sounds familiar it’s because a similar was enacted in January. In fact, Toronto, Peel and North-Bay Parry Sound remained under the first stay-at-home order from January 14 until March 8.

According to sources, the new order will include the closure all retail outlets for in-person shopping other than grocery stores and pharmacies. It is also sounding like the closure will not effect big box stores, which will be allowed to remain open only for sale of essential goods only.

The stay-at-home order is to curb the recent trend in alarming case numbers, with Ontario reporting more than 3,000 new cases for the past several days. Ontario reported 3,065 on Monday, 3,041 new cases on Sunday, 3,009 on Saturday and 3,089 on Friday. During this third wave of COVID-19, the variant of coronavirus known as B.1.1.7. first discovered in the United Kingdom back in September is proving to be more than 2.5 more times as transmissible and than the previous strain.

During the previous stay-at-home order, all non-essential work was to be performed by employees at home, and residents were asked to refrain from overnight travel to other regions in addition to no gathering outdoors or indoors with members of different households.

Here are the results from Tuesday’s Lotto Max and Maxmillion draws – June 22, 2021

Reduce the need for expensive furnace repairs with these maintenance tips

7 Things To Consider When Creating A 3D House Tour

Looking For The Best DUI Lawyer In Toronto