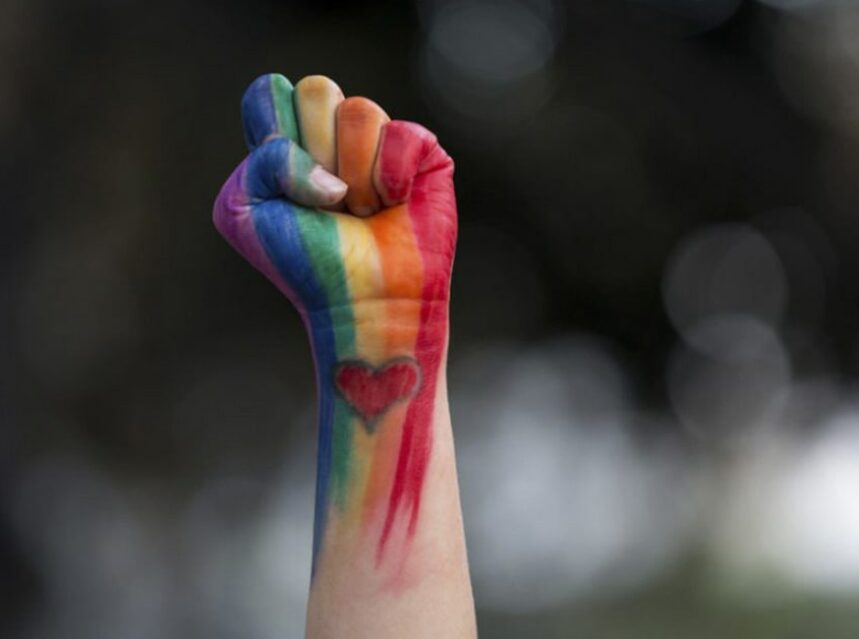 Since 2006, the Rainbow Railroad, a Canadian charitable organization, has been helping to save the lives of LGBTQ (Lesbian, Gay, Bisexual, Transgender and Queer) people around the world who are trying to escape violence and persecution in their home countries. Since their founding they have helped more than 500 individuals escape from places like the Caribbean, Africa and the Middle East and find a new life in safer countries in Europe and North America.

The name of the organization was inspired by the Underground Railroad – a secret network of abolitionists who helped many thousands of African Americans escape from enslavement in the American South to free Northern states or Canada during the early 19th century. It is an appropriate name, given some of the same horrific situations LGBTQ people experience in over 71 countries, including being beaten and execution. The receive thousands of requests each year from those desperate to escape, often when their very lives are being threatened – and thanks to the Rainbow Railroad and its many volunteers and supporters, they are given a new life in a safe place where they can feel free to be who they were born to be. They work with an international network of LGBTQ groups and safe houses who refer people to them and they take care of paying for air flights and obtaining visas. Everything is funded through private donations and airline miles.

According to the United Nations’ Universal Declaration of Human Rights, everyone has a right to freedom, safety and dignity. On the Rainbow Railroad website they cite information from the International Lesbian and Gay Association stating that ‘in 72 countries, queer and trans people face extreme levels of discrimination, violence and persecution. They can be criminally charged under anti-gay laws that can result in life in prison. In eight countries, the death penalty can be applied. In these places, LGBTQ people are frequently outed by the media, attacked by mobs, sexually assaulted and rounded up in state-sanctioned crackdowns, after which they are tortured while in custody’.

Here in Canada, LGBTQ (or in a longer more inclusive form of ‘LGBTQQIA’ – lesbian, gay, bisexual, transgender, queer, questioning, intersex, asexual) people are considered no different than any other person. And except for some extremely conservative factions with closed minds, who see it as ‘against the natural order of things’, we can be proud. In our country LGBTQ people can get married, adopt children, receive all social benefits given to every Canadian and feel free to live their lives without any fear of prosecution. Our Pride celebrations and parades are some of the most highly attended events – with rainbow flags held high!

The Rainbow Railroad addresses a very serious and important need. Being a charitable organization they rely on donations and there are several ways you can support this initiative. It costs them $10,000 to help an LGBTQ person find a path to freedom, which includes pre-travel support, direct travel costs and other support costs. You can make a direct Financial Contribution or Host An Event to raise funds, Sponsor A Case through the Canadian Government’s Group of Five program or even Volunteer your services. Any help would be greatly appreciated. For more details and other information, please visit their website.