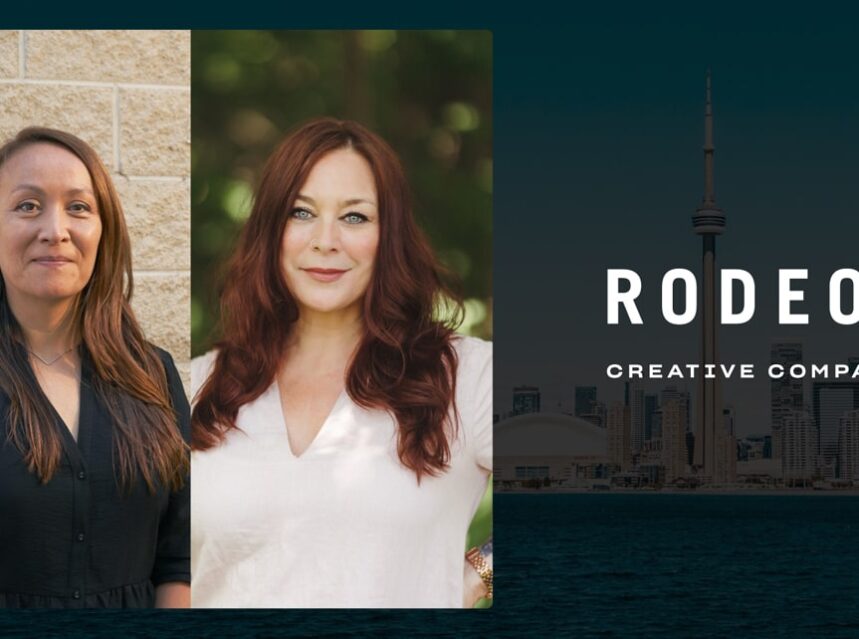 TORONTO, June 9, 2022 – Rodeo FX opens its third Canadian studio in Toronto’s Liberty Village starting with an on-site team of 60 people joining the global team of 800, consolidating the studio’s stature as one of the largest independent visual effects studios. Behind projects like The Little Mermaid (2023), Netflix’s Stranger Things, and Apple TV’s Foundation season 2, Rodeo’s new location will be led by two stellar talents: Mai-Ling Dydo as VFX supervisor and Lara Osland as VFX producer.

“We are incredibly excited to start a new chapter for Rodeo here. It’s something that we’ve been building towards as we have a long history of collaboration with talented artists in Toronto,” explains Sébastien Moreau, founder and CEO of Rodeo FX. “Canada is a rich hub for talent and this studio will open new doors locally and internationally.”

Former VFX supervisor at MR. X, Mai-Ling Dydo started as a CG artist before turning to supervision. She notably worked on several blockbuster shows like Penny Dreadful, American Gods, Foundation, and Raised by Wolves, where she got the chance to collaborate with VFX visionary Ridley Scott’s team. As a VFX supervisor on multiple- season award-winning shows, Dydo brings key knowledge on how to develop a strong pipeline, something crucial as Rodeo deepens long-term relationships with studios.

“I just love movies and shows. This is my core,” says Mai-Ling. “Translating the client’s

vision onto the screen then building a narrative that unfolds over a year is such an incredible feeling. This requires a tight, creatively driven team which is what I’ve found at Rodeo.”

Another Mr. X alumnus Lara Osland started in public relations before moving into production, where she combined her artistic curiosity with sharp management skills. Shifting from artist to manager, she quickly learned how to anticipate client needs on high-end projects such as Pacific Rim, The Boys, Midnight Mass and most recently Doctor Strange and the Multiverse of Madness.

“It’s awesome to be part of this new chapter for Rodeo. Mai-Ling and I were lucky to collaborate before, and we’ve always seen Rodeo as a special studio,” shared Lara. “Now we have the chance to bring this culture and legacy to Toronto and push the creativity here to new heights.”

Recently awarded the Employer of the Year award at the 2022 Mercuriades, Rodeo FX offers a flexible hybrid model to all its employees and will continue using its official offices as hubs for collaboration and creativity.

“We want to provide a place where our artists can exchange and work in state-of-the-art spaces while allowing for flexibility in working from home,” says CEO Sébastien Moreau. Celebrating its 15th anniversary, Rodeo FX is continuing its unprecedented growth, now employing more than 800 people and delivering award-winning VFX for the biggest storytellers in the industry. The studio is officially opening with special events throughout the week.

Repeatedly voted one of Montreal’s top employers and Employer of the Year for the 2022 Mercuriades, Rodeo FX is a high-end creative company offering services in visual effects, advertising, animation, and experiential. Nominated for 3 Emmy® Awards for its work on the series Lovecraft Country, WandaVision, and The Falcon and the Winter Soldier, the independent Oscar®-winning company boasts close to 800 artists crafting from studios across North America and Europe. Rodeo FX is a creative partner to the world’s best storytellers including Netflix, HBO, Disney, Marvel, Amazon Studios, Warner Bros. and Sony, and has collaborated on ads for YouTube, NBC and Apple. Current projects include Fantastic Beasts: The Secrets of Dumbledore, Resident Evil, Halo, and Stranger Things season 4. Recently released projects include Dune, Shang-Chi and the Legend of the Ten Rings, WandaVision and The Witcher season 2, all earning nominations at the 2022 VES awards.