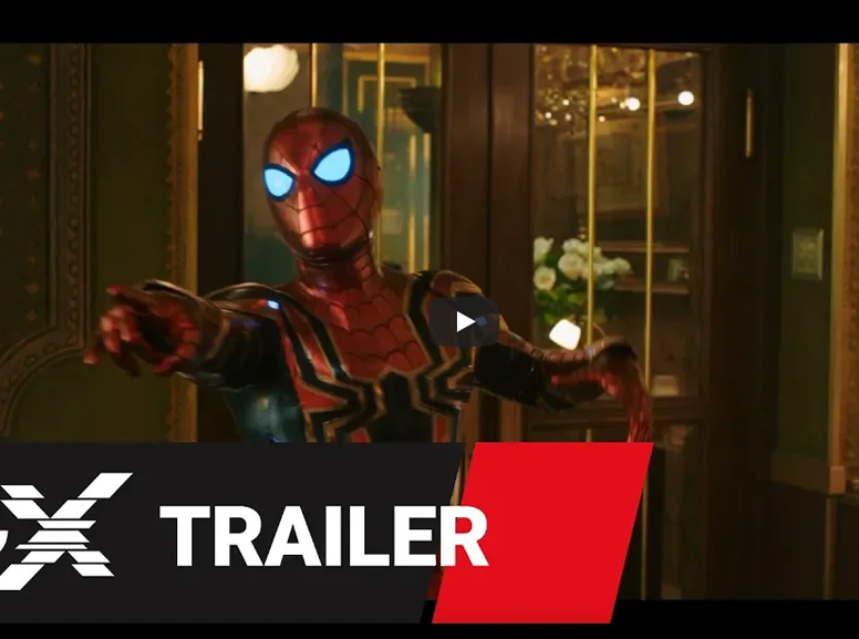 HOLLYWOOD, Calif., Dec. 23, 2021 – CJ 4DPLEX , the world’s leading producer of premium film formats and cinema technologies, announced today that Sony Pictures’ Spider-Man: No Way Home recorded the largest opening of any film shown in its ScreenX format to date in North America. The much-anticipated film opened in 66 ScreenX locations and has grossed over $2 million in North America.

Spider-Man: No Way Home has opened in 192 ScreenX locations worldwide in 31 countries bringing in $3.7 million to date with a few additional countries set to open in January 2022, including Japan.

Spider-Man: No Way Home in ScreenX expands exclusive sequences of the film only available in ScreenX onto the left and right-side walls of the auditorium, surrounding audiences with extended imagery which naturally fills their peripheral vision. CJ 4DPLEX worked closely with Sony Pictures to ensure the highest quality presentation of the film and selected over eight pivotal scenes throughout the film for the exclusive ScreenX version. ScreenX draws moviegoers into the story on the main screen and immerses them in a virtual reality like setting with cinema quality resolution.

Additional ScreenX box office highlights: in the UK, with 20 ScreenX locations, the format had its biggest opening weekend ever, recording $205,000; in Korea, with 50 ScreenX theatres, the film reported over $530,000 opening weekend, the best opening for the format since the pandemic started.

“Sony Pictures continues to provide eventful films that bring movie fans back to the theaters. We are thrilled that audiences continue to discover ScreenX and had the opportunity to screen Spider-Man: No Way Home in this format over this monumental and record-breaking weekend at the global box office,” said Don Savant, CEO & President, CJ 4DPLEX America.

“We are thankful to Sony Pictures and are excited to see moviegoers are craving to return to theaters and experience Spider-Man: No Way Home in ScreenX, an immersive presentation that is dramatically different than home viewing,” said JongRyul Kim, CEO of CJ 4DPLEX.

ABOUT CJ 4DPLEX
CJ 4DPLEX is a leading, next-generation cinema technology company, headquartered in Seoul with international offices in Los Angeles and Beijing. The company has created innovative film technologies for theaters worldwide that include ‘ScreenX’, ‘4DX’, and ‘4DX Screen’ for consumers to experience films in ways that were never before possible.

CJ 4DPLEX is a part of the CJ Group conglomerate that also includes entertainment powerhouses CJ CGV, the fifth largest theater chain in the world, and CJ ENM (CJ Entertainment & Media), who produced the Academy Award®, Golden Globe® and SAG Awards winning film, “Parasite”. CJ 4DPLEX was named Most Innovative Company of 2017 and 2019 in Live Events by Fast Company, and the technology has been recognized with Silver at the Edison Awards in the Media and Visual Communications-Entertainment category in 2015 and 2018.

ScreenX is the world’s first multi-projection cinema with an immersive 270 degree field of view. By expanding the image beyond the frame and onto the walls of the theatre, ScreenX places the audience directly at the center of the story, creating a visually immersive viewing experience unlike any other. To date, there are over 367 ScreenX auditoriums around the world in 38 countries.

4DX provides moviegoers with a multi-sensory cinema-going experience, allowing audiences to connect with movies through motion, vibration, water, wind, snow, lightning, scents, and other special effects that enhance the visuals on-screen. Each 4DX auditorium incorporates motion-based seating synchronized with more than 21 different effects and optimized by a team of skilled editors. To date, there are over 779 4DX auditoriums around the world, spanning over 68 countries.

4DXScreen is a powerful combination of our super premium immersive theatre technologies of ScreenX and 4DX in one auditorium, creating a never-before-seen experience for cinemagoers. To date, there are 41 4DXScreens installed around the globe.

ABOUT SPIDER-MAN: NO WAY HOME
For the first time in the cinematic history of Spider-Man, our friendly neighborhood hero’s identity is revealed, bringing his Super Hero responsibilities into conflict with his normal life and putting those he cares about most at risk. When he enlists Doctor Strange’s help to restore his secret, the spell tears a hole in their world, releasing the most powerful villains who’ve ever fought a Spider-Man in any universe. Now, Peter will have to overcome his greatest challenge yet, which will not only forever alter his own future but the future of the Multiverse.